The Unsolved Case that Sparked Major Changes in Consumer Packaging 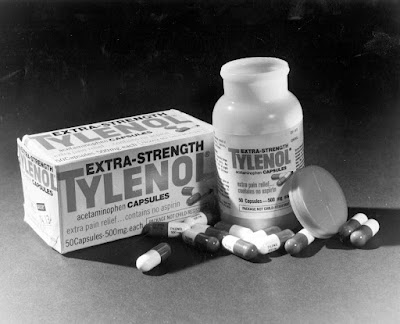 If you are younger than the age of 40, you’ve become accustomed to having to deal with super-sealed bottles of over-the-counter (OTC) pain killers and other similar medications. The scenario goes something like this:
After finally breaking the tight seal wrapped around the cap and neck of the bottle, you have to wrestle with the cap that must be pushed down and turned before it will allow you to take it off the container. And then there is the layer of material that is sealed to the edge of the bottle's opening (sometimes referred in the packaging industry as the “membrane.”).
Such secure packaging wasn’t common for such products until September 29, 1982, when a 12 year-old-girl who lived in a Chicago suburb died after taking two capsules of Extra Strength Tylenol. Her death was followed by six more casualties scattered around the northwest Chicago suburbs. All victims had taken Extra Strength Tylenol capsules, and all were dead within minutes. The only thing they had in common were the capsules they’d taken.
Johnson and Johnson, the company that manufactures Tylenol, immediately recalled all Tylenol products from store shelves, and authorities were tasked with breaking open capsules of Extra Strength Tylenol. Quick analysis found that some boxes containing the medication had been tampered with and potassium cyanide inserted into the capsules. 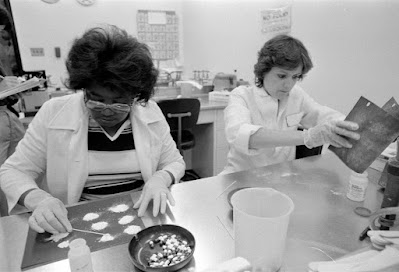 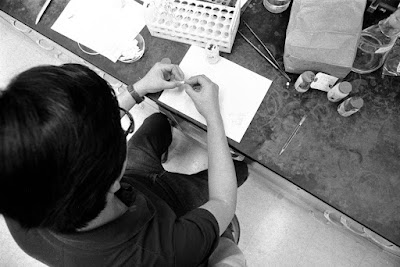 Because the 40th anniversary of the crime is approaching, The Arlington Heights Illinois Daily Herald recently featured an article about the crime that included this quote: "People never believed there was something wrong with a name-brand product that you took off a shelf in a drugstore," said Helen Jensen, the former Arlington Heights village nurse who was among the first in 1982 to make the connection that contaminated Tylenol pills were killing people. "There were no surveillance cameras at that time, or anybody keeping track of anything in any stores. You can't just walk in and pick up a bottle anymore. Somebody would see us. Now, we can't get into bottles."
When Johnson and Johnson returned Tylenol products to store shelves, all were packaged in layers of protection, and, it wasn’t long before similar changes in the packaging of most all consumable products received the same treatment.
Sadly, after 40 years, there have been no arrests, and the Tylenol murders have become a “cold case,”
Although he was never accused of being the killer, New York City resident James William Lewis was convicted of extortion for sending a letter to Johnson & Johnson where he took responsibility for the deaths and demanded $1 million to stop more murders from happening. But evidence connecting Lewis to the actual crime never emerged. He’s now a free man after being imprisoned for ten years.
Nowadays, we have DNA and other sophisticated means of tracing evidence that weren’t available in the eighties.
I, for one, am grateful that before I can access the contents of an over-the-counter pain reliever, I must go through layers of protection.
If you want more information about this unsolved crime or Mr. Lewis, it can easily be found online.
All information for this post was obtained from The Arlington Heights Daily Herald and the Chicago Tribune.
The photos, unless otherwise indicated, appeared in the Chicago Tribune Digital edition on 9/22/2022; authors: S. St. Clair and C. Gutowski.
Do unsolved crimes of the past interest you?
Posted by Pamela S. Meyers at 1:30 AM