War of the Worlds—The Martian Fascination 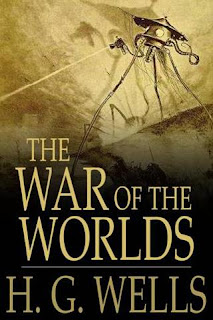 What originally sparked our fascination with extraterrestrial beings, specifically Martians? Where did that idea come from?

William Whewell was, according to Wikipedia, “an English polymath, scientist, Anglican priest, philosopher, theologian, and historian of science.” He was also Master of Trinity College, Cambridge. He coined the word “scientist” and “physicist.” Apparently, he was planet gazing one day in 1854 and noticed that Mars has green seas and red lands. He wondered if there could be life on the faraway planet. I find it interesting that it was a prolific left-brain thinker that came up with this concept, and not a right-brain creative. But wait! He was a poet, too. What a guy!
Could this musing by Whewell have been the seed that germinated the alien craze still popular today?

It took twenty-three years before the topic resurfaced. In 1877, Giovanni Schiaparelli, an Italian astronomer and science historian, mapped out Mars and created names for the features on the red planet. He used the term “canali” to refer to the streaks on the surface, but others wrongly thought these to be canals. At the time, there was excitement over the building of the Suez Canal, a man-made channel separating the African continent from Asia. If there were channels on Mars, who made them? They must be intelligent. Life on Mars must exist! Isn’t that what Whewell suggested? Could he have been correct?

Ah, the human imagination. It gets us into more trouble.

Case in point: Along came author H. G. Wells. His popular 1898 science fiction novel The War of the Worlds further fueled the notion that we are not alone in the universe. It also gave other writers license to explore the idea in wild and wonderful ways to their hearts’ content. The Listopia feature on www.goodreads.com claims it knows of one hundred fiction books on the subject. Wikipedia lists nearly forty movies about Martians alone. What a delicious way to create new worlds and creatures.
Let’s talk about 1938. The Great Depression had ravaged the stock market. Tensions in Japan were beginning to boil. And a man named Adolph Hitler was claiming whole nations like a steady wildfire. Americans were either ripe for escape, or primed for the greatest hoax in history. 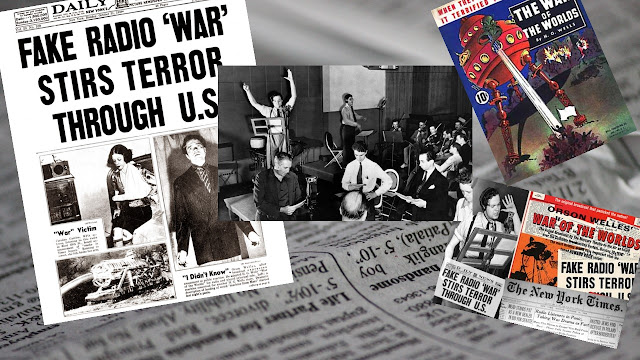 On October 30, 1938, director and actor Orson Welles brought H. G. Welles’s book to life through a radio broadcast, using actors representing news announcers and others acting out the frenzy of an actual Martian invasion. To his credit, he included a disclaimer in the beginning of the broadcast to assure the audience that what they were about to hear was purely fictional. Good intentions, but he probably should have broken in occasionally to repeat it, as many who tuned in late were frightened and confused.
Or were they? Another thing going on in 1938 was the rising popularity of radio, which was stealing advertising dollars from the newspaper business. Some accounts claim the mass hysteria that’s legendary today surrounding a fictional alien invasion was false. Rather, it’s possible that the newspapers journalizing the event were. . .wait for it. . .fictionalizing the panic to discredit the radio station that allowed such a dangerous hoax. A plethora of articles flooded the written outlets with “eye-witness” accounts of people running in the streets, boarding up their businesses, generally terrified the Martians were coming down and incinerating the entire population. Genius? Or an All-Hallows-Eve trick gone awry? You decide. I prefer to think people readily accept “story” in any form because that’s how we’re wired.
The characters in my story, "Riders of the Painted Star," weren't thinking about Martians in 1936, two years before the broadcast, but they no doubt heard about it when it happened. It would be fun to discover how they fared after the hysteria happened...or did it?