History of the Amish (Continued)

Old Order Amish families speak, dress, and live like no other people in the United States. Their life is different from our twenty-first century, worlds apart, yet remarkably similar to their late 1700s patrons who followed a literal interpretation of the Bible. Not all Amish speak Pennsylvania German, like the Mennonites. Some Amish speak a Swiss dialect, and still others speak Schwabish, in English it is called Swabian. Swabian is a dialect spoken by the Southern Germans. This is due to the neighboring Swabian Alps that run through the southeast part of this area to Switzerland. These Amish descendants are a throwback to their Anabaptists ancestors.

The Mennonites and the Old Order Amish lifestyle began during the Reformation movement in Switzerland in 1525 in a little city called Zurich. Ulrich Zwingli was previously a Catholic priest. He soon had a following. He and his students Conrad Grebel and Felix Mantz felt the church should be independent of state power and proceeded to change the norm pertaining to infant baptism.

In January 1525, the Zurich City Council instituted legal requirements of infant baptism and established fines for those who failed to do so. The State Church needed infant baptism to keep control over the populace; children were entered into state records when they were baptized.

Ulrich Zwingli’s group would rebaptize their followers in secret. And that is how the group got the name Anabaptist. The term was originally a derogatory name meaning “rebaptizer.”

Along with the idea of adult baptism, this new group started to believe in a number of tenets that the state authority did not agree with; for instance, non-resistance, which would keep them from serving in state militaries. They didn’t believe secular laws and oaths should be recognized by their religious statutes, and they did believe in social shunning for excommunicated members.

The State Church saw them as a threat to both Protestant and Catholic authorities, as well as threatening the security of their State should war erupt. So, the persecution methods began—often by being drowned and then spreading to more painful methods.
The Anabaptists had no accepted doctrine as each group adopted their own beliefs. They had no overall leader, nor Luther-like figure. The Anabaptists have also been linked to the Peasants’ Revolt of 1525. Some fled to the Netherlands, where they followed Menno Simons and became part of the Mennonites and migrated toward Southern Germany near the Swabian Jura Mountains and so kept their native-speaking Schwabisch. 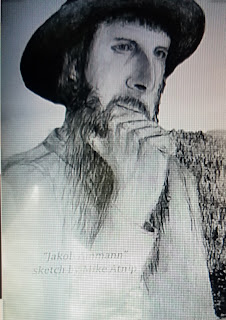 It was in this region Jakob Ammann happened to live. He led in the split from the Swiss Brethren and founded the Amish community. Here, they flourished until driven out by persecution again—to the shores of America.

Presently, the Amish and Mennonites live in communities in twenty-two states throughout America.

Nowhere else in the world do large populations of Amish live but here in the United States, inheriting as their fellow Americans have, freedom to live and worship as they choose.

The Old Order Amish continue to dress in plain clothes, use buggies for transportation, and have no electricity or telephones in their homes. Without the use of tractors or modern technology, they plant and harvest their crops and build their homes in a remarkably ingenious way.

Because they have remained in the Old Order, their speech is different from any other language, as is their manner of speaking. Some Amish speak in Swiss and Pennsylvania German. Others use Schwabish due to their ancestry, as do the Amish in Brown City and Marlette, Michigan. Their children’s first language is Schwabish in the home. Amish either write in German or English. When the children go to school, they learn to speak the English language.

For the Amish, progress has literally stood still. No electricity, no indoor bathrooms, refrigerators, cars, tractors, and no rubber on their implement’s wheels. They pay taxes, care for their families, and worship the way their ancestors did some 300 years before them. 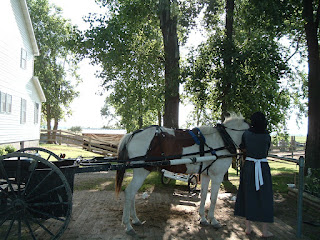 Their wit and humor has stood the time of test as they barter, sell to the English, and thrive in this twenty-first-century social environment.

One Amish gentleman says it’s to their advantage that they don’t use rubber on their wheels. “The good thing about not having rubber tires is that you don’t have to worry about nails.”

Life on the Amish farm resembles our 1700s ancestors more than our twenty-first-century patriots. Their wood cooking stoves provide a multicity of uses. It heats their homes as well as cooks their food. A reservoir is filled with water, and thereby gives them hot water when they need it.

They use gasoline engines to power their equipment and a gas engine powers their washing machines. The Amish women hang their clothes out to dry both summer and winter. The ladies hang out their clothes in the winter and after the clothes thaw by the fire, they are softer than the summer’s wind-whipped clothes.

During the winter months, the men cut ice out of a pond and place it in an icehouse. With the wall-to-wall ice, it’s as cool as air-conditioning inside, and as one Amish man says, “If you get hot, just come in here.”

Some Mennonites use motorized vehicles, electricity, and telephones in their homes. A few Mennonite communities do adhere to the code of their ancestors and are called horse-buggy Mennonites.

The Amish’s tight-bound community’s religious values have kept their families intact and their businesses flourishing. Today, there are around 600,000 Amish living in the United States.

Basing their beliefs on the New Testament, the Amish have persevered throughout the ever-widening ocean of progress, throughout the waves of changes in our society, and throughout the shifting sands of moral values.  Their testimony remains as it was nearly 300 years ago. 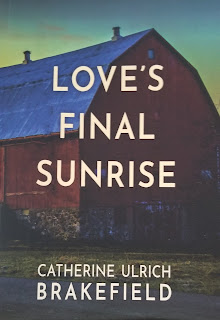 New Yorker Ruth Jessup and Amish-bred Joshua Stutzman live in different worlds. But their lives collide into catastrophic proportions battling wits against a psychopath and The New World Order...

Catherine is the award-winning author of Wilted Dandelions, Swept into Destiny, Destiny’s Whirlwind, Destiny of Heart, 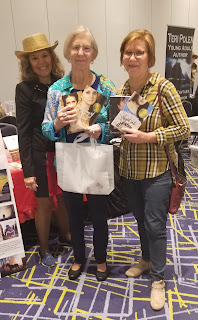 The Amish and the Reformation Breaking the Silence Special Feature