In October, we discovered the story of the man who saved Daniel Boone's life. If you missed that post, you can read it here.

Today, we continue the showcase of American pioneers who helped shaped the America we know and love today. 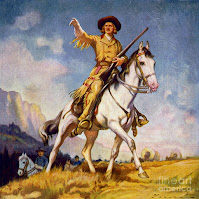 Many of you here know I spent 15 years in Colorado prior to moving to Kentucky. When I began researching pioneers here, the name Kit Carson appeared in the search results. There was a town in eastern Colorado named Kit Carson, and I wondered if this was the same person. Turns out, it is!

Christopher Carson was one of American's legendary scouts and frontiersman. Just like Daniel Boone and Davy Crockett. He was born in Kentucky in 1809, but his family moved to Missouri a few years later, and by 15, he ran away from home, joining a caravan of traders bound for Sante Fe. During this time, he learned to trap and trade and made that his way of life for the next 15 years. At 30 years of age, he got involved with scouting and serving as a guide because he knew the lands of the southwest quite well. He was also quite skilled at communicating with the natives who populated these lands.

As is common in today's reporting of historical facts, Kit Carson, gained hero status for his career as an Indian fighter through the inclusion and exaggeration of his exploits in popular dime novels of the time. However, more modern reporting from those attempting to present revisionist history blames him for being a part of the displacement and destruction of the native people. I often say you can't report history through the lens of 21st century idealism because those who lived before us don't have the benefit of the experiences of the past to help shape their opinions and beliefs. They were living the history which has brought us to this point. Revising history because you don't want "imperfections" to be known isn't truthful reporting. 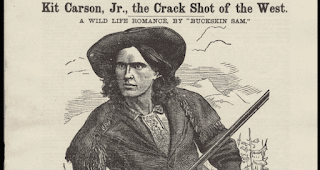 Although Kit was known for fighting Indians, he also had great success as a trapper and frontiersman, and spent time as an Indian agent, *helping* the Indians find good land and speaking up for their rights to the U.S. government. His biggest contribution to westward expansion was during the years of 1842 and 1848. He bumped into explorer John C. Fremont, and that chance encounter led to Carson working as a guide on the explorations of the West. The skirmishes and uprisings during this time included the War with Mexico from 1846-1848, and Carson's reputation for bravery, loyalty, and devotion to his work made his name well-known among significant and influential circles in American government. By the end of the war, the United States had secured all the land in what is now the southwestern part of the country. 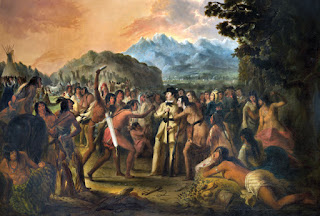 Although he was married to an Arapaho woman and then a Cheyenne woman, his sympathies for the natives were squelched by the requirements of the jobs he was forced to complete when he was pressed into service by high-ranking officials. One of those was as Colonel Carson during the Civil War where he was given orders to subdue the Navajo fighting to preserve their land. He also engaged in a battle against the Comanche in the Texas panhandle. Still, he continued to represent the Ute, Kiowa, Hopi, and Zuni peoples in spite of them being forced to reservation land ill-suited to their established way of life. In January 1868, he received an appointment of superintendent of Indian Affairs in the Colorado Territory, but he didn't get the opportunity to do much as he died just five months later.
Today, his name is preserved in several places across the southwestern states. You might be familiar with Carson City, Nevada, Fort Carson in Colorado, or Carson Pass in California. And of course, there's the town on the plains of eastern Colorado which bears his byname of Kit Carson.

* Have you ever been forced to complete a task that went against your beliefs or caused you regret?
* Is there any town or historical site near where you live named after someone from history?
* What is one piece of "revisionist history" that you know is false but is being pushed as true today?
Leave answers to these questions or any comments you might have on this post in the comment box below. For those of you who have stuck around this far, I'm sending a FREE autographed book to one person each and every month from the comments left on this blog. Make sure you turn on notifications for comments. You never know when your comment will be a winner!
Come back on the 9th of December to learn about David Bowie and Judge Roy Bean.
For those interested in my "fictional" life as an author and industry news about other authors, sign up for my quarterly newsletter. The next issue will be sent on November 15th. Receive a FREE omitted chapter from my book, A Grand Design, just for subscribing! 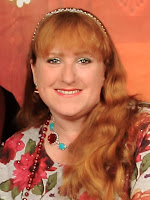 Tiffany Amber Stockton has been crafting and embellishing stories since childhood, when she was accused of having a very active imagination and cited with talking entirely too much. Today, she has honed those skills to become an award-winning, best-selling author and speaker who is also an advocate for literacy as an educational consultant with Usborne Books. She loves to share life-changing products and ideas with others to help improve their lives in a variety of ways.
She lives with her husband and fellow author, Stuart Vaughn Stockton, along with their two children, two dogs, and four cats in Kentucky. In the 20 years she's been a professional writer, she has sold twenty-six (26) books so far and is represented by Tamela Murray of the Steve Laube Agency. You can find her on Facebook and GoodReads.
Posted by Tiffany Amber Stockton at 1:00 AM