One of my favorite things during the holiday season is Egg Nog. I wait for that creamy deliciousness all year long. And once it gets here, it is added to my coffee, pancakes, oatmeal...but I will not admit to drinking it straight out of the container. So for this month's History of Ordinary Things, I thought I would feature this delicious holiday drink.

Who came up with the idea of chugging a spiced milk and egg yolk concoction? Well, it seems that it originated from the strong alcholic drinks and evolved into the milky non-alchoholic version we find in the supermarket today. Most culinary historians agree that egg nog probably originated from "posset", a drink consumed by medieval Brits. It was a hot, milky, ale-like substance. By the thirteenth century, monks were known to drink it with eggs and figs. Since eggs, milk and sherry were foods of the affluent, egg nog was often used to toast to wealth and good health.


The origin of the name "egg nog" has two main explanations. The most common is that it stemmed from the word "noggins" which was what the British called the wooden cups in which they served liquor. "Noggins" was shortened to "nog" and paired with the main ingredient for "egg nog". Others dispute that theory, saying it doesn't have enough proof and assert that "nog" is related to the Scottish term "nugg" or "nugged ale" which refers to a warmed ale.

Either way, it seems to have been the American colonists who coined the name "Egg Nog", as well as developed the popularity of the drink. Since they had farms where dairy was plentiful, and they had access to cheaper liquor such as rum, the recipe was well accepted. Records show that President George Washington was known to serve an egg-nog-like drink to visitors with the recipe calling for a variety of alcoholic ingredients.

The first written use of the term "egg nog" comes in 1775 from a poem written by a clergyman, Jonathan Boucher, who apparently enjoyed the beverage very much. The poem was published after his death:

"Fog-drams i' th' morn, or (better still) egg-nogg,
At night hot-suppings, and at mid-day, grogg,
My palate can regale..."

It also seems to have been the American colonists who linked egg nog with the Christmas holiday season. As early as 1783, it is recorded that gentlemen in Virginia toasted with egg nog for the holiday.

In his book Travels Through the States of North America and the Provinces of Upper and Lower Canada, Isaac Weld Junior mentions that American travelers would take a hearty draught of egg nog (spiked with rum) to ward off any sicknesses they might encounter on their journey. The Medical Brief of 1892 likewise suggested that egg nog could be a treatment for the flu. Not sure I'd recommend that today. Especially since most of our egg nog now a-days is non-alcoholic and the liquor seems to have been the active ingredient in those remedies.

Do you enjoy egg nog during the holiday season? If so, what recipe do you like?
***** 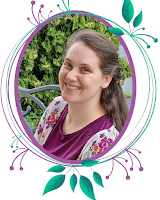 Two-time winner of the Christian Indie Award for historical fiction, Amber Lemus inspires hearts through enthralling tales She has a passion for travel, history, books and her Savior. This combination results in what her readers call "historical fiction at its finest".

Amber is a proud member of the American Christian Fiction Writers Association. Visit her online at http://www.amberlemus.com/ and download a FREE story by subscribing to her Newsletter!