History of Susan B. Anthony

LET'S TALK ABOUT SUSAN B. ANTHONY!

Susan B. Anthony's full name is Susan Brownell Anthony. She was born February 15, 1820 in Adams, Massachusetts. She made quite a name for herself as an activist for the Women's Suffrage Movement and even served as president of the National Women's Suffrage Association from 1892-1900. Her work was instrumental in the creation of the National Amendment allowing women to vote in 1920, although the amendment wasn't approved until after her death. 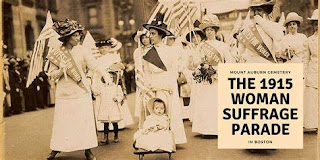 Susan was the second out of eight children and raised as a Quaker independence and her family had a moral zeal.  She was a determined little girl with a mind of her own. At the age of three, she learned to read.  In 1926, her family moved to Battensville, New York  where she attended a district school, and then a school her father set up.  Then a boarding school in Philadelphia. Her next move was to attend a Quaker seminary in Rochelle, New York. From 1846-1849, she taught at a female academy in upstate New York.

Susan organized the Women's Temperance Union in New York, and advocated for women to vote, have property rights, and she organized an anti-slavery organization. She was targeted by the newspapers with much criticism, but she didn't let the opposition deter her.  Throughout her life, she actively advocated for women's rights, by speaking, forming organizations, and whatever she could do to help. 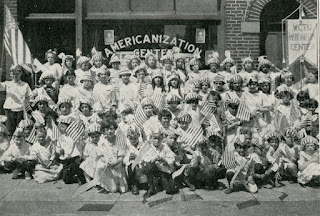 By the 1890's, she had worked so hard for most of her life, she became a heroine.  She went from receiving cold receptions to events to being warmly received at them.  One example was the World's Columbian Exposition in Columbia in 1893.

Susan didn't marry and dedicated her life advocating for women until she died in 1906.  She was a tough cookie!  I hope you've enjoyed learning about Susan today.

Rachael's accident left her with a limp and loss. She's content to live as a spinster, until Caleb sweeps into her life, and they fall in love. But he wants children, and she can't have them. She hasn't told him, and Nathan has two children and he'd like an arranged marriage. She's always wanted children. She has life-changing decisions to make. And then other trouble surfaces.  What does the future hold for them?

Posted by mollyjebber@yahoo.com at 3:00 AM