The History of Christmas Songs by Donna Schlachter – with Giveaway


Given the time of year, I thought a blog about Christmas songs would be appropriate. I often wonder why there are so many beautiful songs and tunes written for the Christmas season, and why we only play them for a month or so each year. Seems a shame to hide them away in the archives.

So here we go. Let’s look at Christmas songs through the ages.

While no official record exists that says “this is the first Christmas song ever written”, music scholars can trace music written specifically for the season back to Latin hymns in the 4th Century AD. Of course, prior to that, many hymns and songs were written, played, and perfomed in churches and religious settings. These early songs might have been chanted, or perhaps they were accompanied by a flute, lyre, or tambourine.


St. Francis of Assisi is thought to have influenced music over the years, so that by the 1200s, songs appeared in regional native languages, making them much easier for folks to memorize and perform them. Now those who didn’t speak or understand Latin could engage with the words and melody because they could understand what they sang. This was critical to the sharing and spreading of music in all forms.

Next, in 1426, Christmas carols in the English language first became popular when an English chaplain, John Awdlay, listed 25 carols in a published work. These would probably have been performed by “wassailers” . These artists traveled from house to house, town to town, and residents paid in the form of meals, cast-off clothing, and coins. In fact, a song has been written about the practice, “Here We Come a Wassailing”.

The 1500s saw rapid growth in the writing and publication of Christmas carols, many still sung today, including “The 12 days of Christmas”, “O Christmas Tree”, and “God Rest You Merry, Gentlemen”. During these Middle Ages, the British combined circle dances with singing and called them carols. Later “carol” came to be known as a festive religious song.

During Cromwell’s time in England, singing Christmas carols was viewed as pagan and sinful. Any practice associated with Catholic Christianity was disavowed and outlawed by those who viewed themselves as Protestant Puritans. In fact, Parliament abolished Christmas in 1645, leaving Sundays as the only holy day approved on the calendar.

Because of the perception amongst Puritans and ultra conservative denominations, this practice continues even to today. However, those who enjoyed the season and its effective outreach to pagans continued to practice in secret. As a result, fewer songs were written celebrating the season, for many years, at least in Europe.

However, as the New World opened and people continued immigrating, the practice of Christmas went with them, particularly those not of British origin. French, German, Scandinavian, and Slavik people groups brought their own traditions and music with them, incorporating them into the already-established songs found in the Americas as brought be early emigrants.

In 1660, when the Stuarts were restored to the British throne, Christmas was recognized once again as a valid religious festival, sanctioned by the Crown. During the Victorian Age, many more songs were written and introduced, such as “Silent Night”, “O Little Town of Bethlehem”, and “O Holy Night”. Since the day was still treated as an entire religious holiday, the songs reflected the adherence to that standard. It was also during this time that the tradition of wassailers evolved into choirs going house to house seeking alms, either for the poor or for themselves as the poor. Often these choirs obtained a license to grant permission to sing in the streets and collect offerings.

Beginning around the 1870s, however, secular songs were added to celebrate the season, incorporating non-religious topics, such as “Jolly Old St. Nichols” and “Up On the Housetop”. When Santa Claus appeared in his modern form around this time, many songs heralding the jolly old elf became popular. “Jingle Bells”, while not specifically about Christmas, finds itself relegated to this time of year primarily because of its wintery focus.

Christmas music has been written and published for hundreds of years. Perhaps the earliest known collection dates from 1582 and contains songs we still sing today. Later volumes appeared in 1871 and following years, reviving a number of early folks songs and reintroducing them as modern standard carols.

Just for interest’s sake, here is a partial list of top Christmas Carols: In 2008, BBC Music Magazine published a poll of the "50 Greatest Carols", compiled from the views of choral experts and choirmasters in the UK and the US. The resulting list of the top ten favored Christmas carols and motets was:[28][29][30]

No matter the origin, the subject, or the tune, it seems Christmas music is here to stay. I hope you have the opportunity to settle in during this season to enjoy your favorites.

Giveaway: Leave a comment and your cleverly-disguised email address for a chance to win an ebook copy of Time Will Tell, set under Main Street in Pueblo, Colorado. Entries without an email address will not be entered. You can trick the ‘bots by typing your email like this: donna AT livebytheword DOT com 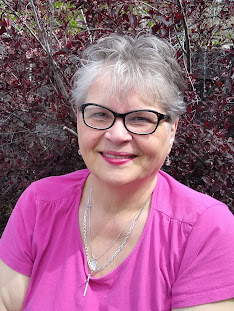 A hybrid author, Donna writes squeaky clean historical and contemporary suspense. She has been published more than 50 times in books; is a member of several writers groups; facilitates a critique group; teaches writing classes; ghostwrites; edits; and judges in writing contests. She loves history and research, traveling extensively for both, and is an avid oil painter.

www.DonnaSchlachter.com Stay connected so you learn about new releases, preorders, and presales, as well as check out featured authors, book reviews, and a little corner of peace. Plus: Receive 2 free ebooks simply for signing up for our free newsletter!

Posted by Donna Schlachter at 3:00 AM