Have you ever heard of the Fugio cent?

It is the first official circulated coin of the United States. It has also been referred to as the Franklin cent because he designed the coin.

On April 21, 1787, the Congress of the Confederation of the United States passed a resolution approving Franklin’s coin design and authorizing the production of a one cent copper coin. 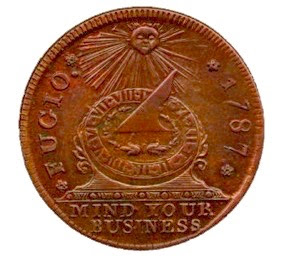 Fugio cent, front
On the front of the coin, the word ‘Fugio’ (Latin translation - “I flee” or “I fly”) appears on the left edge. The image of the Sun at the top with its light shining down on a sundial signifies the passing of time... as in time flying by all too quickly.

The motto “Mind Your Business” appears at the bottom. But its meaning is not “mind your own business,” as in refraining from gossip and meddling. Franklin was a successful statesman, inventor and businessman, and he believed that to achieve progress, people must use their time wisely and work diligently toward worthy goals. This motto is a reminder to keep focused on your own goals and business without wasting precious time. 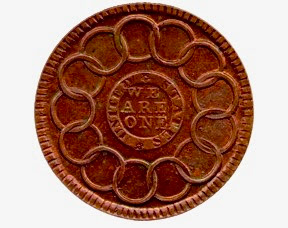 Fugio cent, back
The back of the coin displays thirteen chain links joined together in a circle, representing the original thirteen states. The motto “We Are One” appears in the center.
(After the U.S. Constitution was ratified in 1788, the motto on U.S. coins became “E Pluribus Unum” - Latin for “out of many, one.” This motto is also found on the Great Seal of the United States.)

Did you know there was a scandal involved in minting the Fugio cent?

When the United States was in its infancy, the monetary situation was chaotic. Continental paper currency had collapsed in value, and all through the 1780’s there was a pronounced shortage of genuine gold, silver and copper coins in circulation. Under the Articles of Confederation, both Congress and the states were authorized to mint coinage, to help alleviate this shortage.

Enter... James Jarvis. He owned a thriving mint operation that produced copper coins for the state of Connecticut.

In April 1787, when Congress authorized the printing of the copper Fugio cents, Jarvis used bribery to secure this valuable government contract, which authorized him to produce 300 tons of copper coins.

Congress loaned him 30 tons of copper to begin the operation, with the agreement that he would use his coinage profits to repay the government for the copper loan. Soon after securing the government contract, Jarvis traveled to Europe in search of more copper supplies. He left his father-in-law, Samuel Broome in charge of the mint operation.

In violation of the contract, Broome used most of the copper provided by Congress to continue making Connecticut coins called “coppers” because these lighter weight coins were more profitable. Over the next several months, Broome made no effort to use his profits to pay off the government’s copper loan.

After receiving no payments for the copper, Congress finally canceled the contract in the summer of 1788, and Broome left in a hurry to join Jarvis in France. After more than a full year of production, his operation had minted less than 400,000 Fugio cents. This may sound like a huge number, but it was a far cry from the number of coins that should have been produced from 30 tons of copper. Clearly, Broome had used most of the government’s copper to produce Connecticut coins.

(This experience with a dishonest private mint operation likely persuaded Congress to establish a national mint four years later, in 1792).

What is a Fugio cent worth now?

In 1788, the Bank of New York acquired a keg containing thousands of the newly-minted Fugio cents and stored the coins in its basement. They sat, forgotten, until they were discovered in 1856. At that time, the coins were placed in cotton bags, stored in a vault and forgotten again. They weren’t rediscovered until the mid-1920’s. 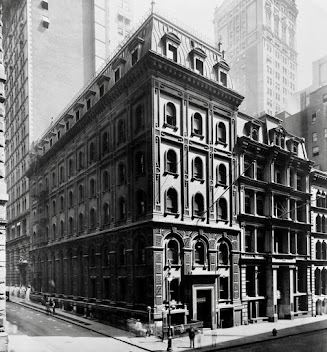 Bank of New York Building, 1922, Irving Underhill
These Fugio cents were found to be in mint condition, and hundreds of them were given out to clients as interesting keepsakes. It wasn’t until the late 1940’s that Fugio cents began attracting the serious interest of collectors and the American Numismatic Society.
In 2022:
A circulated Fugio cent reportedly sold for $1,575.

An uncirculated Fugio cent sold on eBay for $3,500.


What was it Ben Franklin said about a penny saved?

Contrary to popular belief, he never said, “A penny saved is a penny earned.” 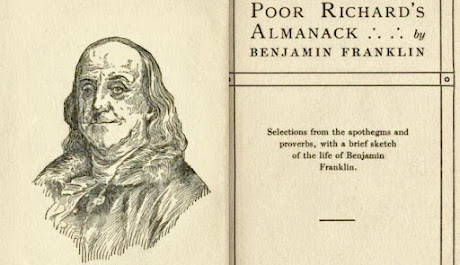 Mary Dodge Allen is the winner of a 2022 Christian Indie Award, a 2022 Angel Book Award, and two Royal Palm Literary Awards (Florida Writer's Association). She and her husband live in Central Florida, where she has served as a volunteer with the local police department. Her childhood in Minnesota, land of 10,000 lakes, sparked her lifelong love of the outdoors. She has worked as a Teacher, Counselor and Social Worker. Her quirky sense of humor is energized by a passion for coffee and chocolate. She is a member of the Florida Writer's Association, American Christian Fiction Writers and Faith Hope and Love Christian Writers.
Website: www.marydodgeallen.com
Mary's novel: Hunt for a Hometown Killer won the 2022 Christian Indie Award, First Place - Mystery/Suspense; and the 2022 Angel Book Award - Mystery/Suspense.
Click the link below to buy Hunt for a Hometown Killer at Amazon.com: