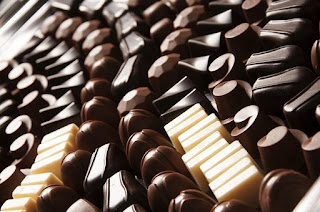 Since I was little, I can remember my family buying Esther Price Candy for gifts and special occasions. To this day, my family looks forward to their favorite kind of candy from Esther Price Candy. They have assortments of milk or dark chocolate creams, pralines, caramels, turtles, and many more.

In the 1920's Esther Rohman married Ralph Price, and they later had twins. She made fudge at home after her children went to sleep, and this gave them extra money. Plus she had made chocolates and gained a good number of customers before she was married. She experimented with dipping fudge in chocolate and making smaller pieces. She used six hot plates in her kitchen, and cooled her creations in the basement on makeshift tables. Then she expanded in her home and decorated the candy in her attic on more makeshift tables. When she was a teenager, she loved making fudge, and she sold it door-to-door while working at Rike's Department Store in Dayton. Then she had to make a decision to stay in high school or quit and start her business. She chose to devote full-time at home to start her chocolate candy business while single, 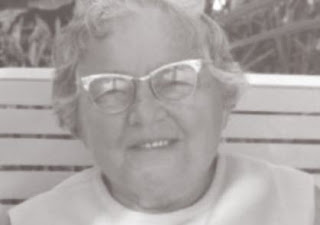 By 1926, Esther had expanded her selection of chocolates and fudge in her kitchen, and she couldn't make it fast enough to keep up with the demand. She purchased a building and opened her factory headquarters on Wayne Avenue in Dayton, Ohio close to her home. This is where all the candy is made today! She owned the business for fifty years. She used the finest ingredients for her candy, and the buyer who bought her business in 1976 have held to her high standards today. She has seven locations in Ohio to date. They also have added online ordering to their website. They also have expanded the number of stores who sell their candy to 87, and they have about one million orders per year. During their 30 week production period, they make about 5,000 pounds of chocolates a day. 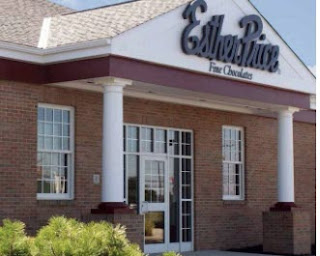 Many admired and respected Esther Price for starting a business when it was hard for women to do so in the 1920's. But her community supported her, and she sold quality and delicious chocolates.

Thank you for reading about one of my favorite people, Esther Price.

Visit me at Molly Jebber's speaking events and news!

Posted by mollyjebber@yahoo.com at 3:30 AM