The Wild West had a way of producing tough women, and none grittier than the cattle queens who rode, roped, and endured the privations of the trail as well as any man. Facing challenges, hardships, and perils—sometimes with children at their side—they garnered grudging respect in an era of shifting cultural roles. Some accrued wealth, while others paid with their lives. These women overcame cultural expectations to live on their terms. The halls of history must ring with applause.

This blog series celebrates the cattle queens mentioned in The Whispering Wind, the final installment in the Montana Gold western historical romance series. 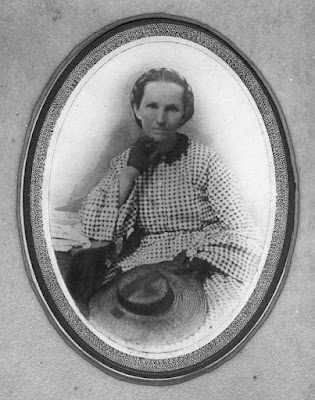 Born in Ireland on April 3, 1824, Margaret Heffernan was just five years old when her life changed forever. On the advice of land agent John McMullen, her candlemaker father abandoned his struggling business and moved his family to America. The year was 1829 when the first wave of Irish immigrants landed on the shores of Texas. The family settled in San Patricio, situated in the Coastal Bend.

Tragedy struck Margaret at the age of twelve when her father died in an Indian attack during the Texas Revolution (1835-1836). She couldn’t know then that sorrow and loss would become reoccurring themes in her life. Margaret’s widowed mother took refuge with her children at the Spanish-built Presidio La Bahia (also known as Fort Defiance).


By some miracle, Margaret and her remaining family escaped the Goliad Massacre on March 27, 1836. The invading forces may have mistaken them for fellow Mexicans due to the fluency with which they spoke Spanish. After Texas won its freedom, Margaret’s family returned for a new start to San Patricio.

When Margaret was 19, she married Harrison Dunbar. Within a year, she became a young widow with a baby after Harrison died over a ‘private argument’ in a pistol duel.

Several years later, Margaret married Milton Hardy. She and her new husband built their combined 2,912 acres into a thriving cattle ranch. Together, they had four children, but one died in infancy. When cholera struck, it claimed both Milton and Margaret’s last living son. No stranger to grief, Margaret stepped up, with her brother’s assistance, to manage her ranch. By 1860, only four years later, she was a wealthy woman.

Margaret married Alexander Borland, a wealthy South Texas cattle rancher, in 1860. Their herd totaled 8,000 longhorns when the Civil War broke out in 1861. They learned that the army needed beef but decided not to risk a dangerous cattle drive. They stayed put and added to their family instead. After Margaret’s many losses, who can blame her for craving safety and security?

In 1867, two years after the close of the Civil War, a yellow fever epidemic took Margaret’s husband, three daughters, one son, and her infant grandson. Out of her seven children, only three survived.

After that, Margaret ran her ranch alone. In the winter of 1871-2, a freak blizzard froze thousands of her cattle on the hoof. Beef was oversupplied in Texas but in demand in the East. However, Missouri and part of Kansas refused to let Texas cattle, which might carry deadly “Spanish fever,” across their borders. In the spring of 1867, Joseph G. McCoy convinced officials at the Kansas Pacific Railroad officials to service Abilene, a hamlet on the edge of the restricted area. From that point, he planned to transport cattle east by railroad. 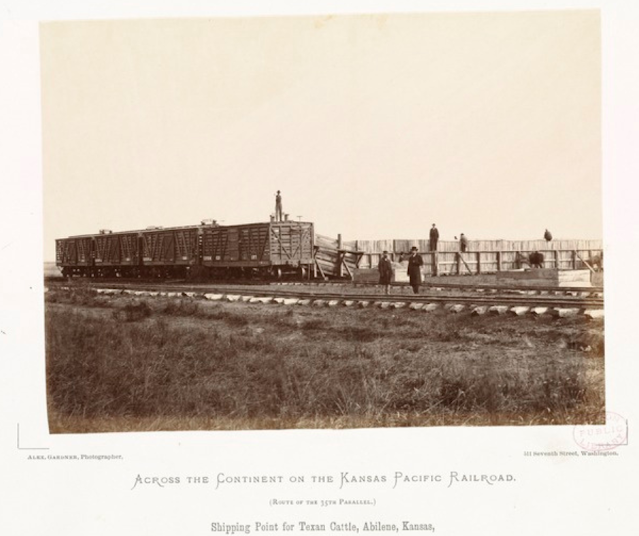 McCoy constructed stockyards and sent word to Texas ranchers. This was welcome news. Steers brought $8 a head in San Antonio, but they could fetch $23.80 in Abilene. Needing to find a way to recover financially, Margaret made the decision to drive part of her herd north along the Chisholm Trail.
You have to hand it to this gutsy widow. She traveled with her two young sons, daughter, and granddaughter—not to mention 2,500 longhorns—over 648 miles of dusty trail for two long months. The feat made it into newspapers, giving her a claim to fame. Sadly, it also ended her life. Margaret died on July 5, 1873 in Wichita from what a doctor named “brain congestion” or “trail driving fever.” She was 49. Her sons sold the herd and brought their mother home to Victoria, Texas for burial.

Margaret Borland is the only known female trail boss on the Chisholm Trail. She suffered many sorrows and faced difficulties during her lifetime. Her courage and grit in the face of adversity and grief are the enduring legacy she gave us all. 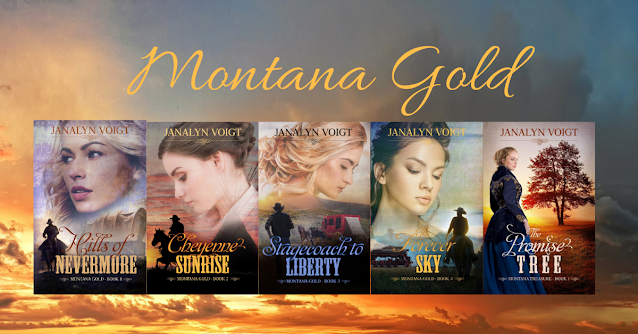 Set during a troubled time in America, the Montana Gold series explores faith, courage, and love in the Wild West.
Hills of Nevermore (book 1) - Can a young widow hide her secret shame from the Irish preacher bent on protecting her?
Cheyenne Sunrise (book 2) – After her wagon journey goes terribly wrong, a woman disillusioned in men must rely on a half-Cheyenne trail guide.
Stagecoach to Liberty (book 3) – A young Hessian girl must decide whether to trust a handsome Irish stranger or her alarming companions.
The Forever Sky (book 4) - Can a young widow with no faith in love hope for a future with the man who broke her heart?
The Promise Tree (book 5) - A preacher’s daughter shouldn’t encourage a troublemaker’s advances—no matter what her wayward heart desires.

Janalyn Voigt's unique blend of adventure, romance, suspense, and fantasy creates worlds of beauty and danger for readers. Writing in the historical romance and medieval epic fantasy genres, Janalyn is represented by Wordserve Literary. When not writing, she loves to discover worlds of adventure in the great outdoors.
Note from Janalyn
Hello, friends. The turn of the year is a time of renewal, of casting off cares and beginning afresh. I hope you are benefitting, as I am, from the chance to rethink and reboot. With the last tweaks of The Whispering Wind, the last book in the Montana Gold western historical romance series completed, my time and attention turns its April 5th release date. The Whispering Wind will go on presale shortly. I'm preparing a sneak peek at the cover for subscribers to the Creative Worlds of Janalyn Voigt.
Posted by Janalyn Voigt, escape into creative worlds of fiction. at 11:03 AM