Inventions and Their Patents—and a Giveaway! 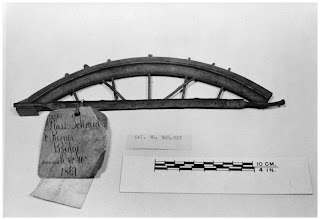 The nineteenth century was known for great advances in science and industry. The latter half of the century brought about the mechanization of business, an increase in higher learning, and the age of machines that ushered in the Industrial Revolution.
I am currently writing a book series that centers on inventions and inventors. After creating a few fictional discoveries, I wondered just how my characters might go about filing for and receiving patents on these inventions. The process, as it turns out, is much simpler than I expected.
The United States Patent and Trademark office has declared that there are three types of patents: utility, design, and plant patents. Utility patents are awarded for processes, machines, or other compositions or for improvements to these things. Design patents are just that, a patent given for creation of a design. Finally, plant patents are given to those who invent or discover new varieties of plants.
Before making a request for a patent, a patent search must be done. This is generally where an inventor will bring in an attorney who specializes in this area. My research showed that there were only a few attorneys who specialized in working through the details of patents during the latter years of the nineteenth century. Harry A Toulmin, Sr. of the Springfield, Ohio firm of Toulmin & Toulmin, was on the leading edge of this practice of law. Among the patents he researched and brought to fruition were five different design elements of the Wright brothers’ flying machines. 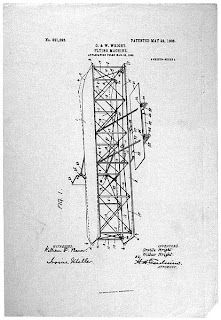 Since the inventors in my stories are applying for utility patents, I took the search further to see what would have been required during the latter half of the nineteenth century. First, an application would be filled out showing, among other things, the details of the item being patented as well as providing information on the invention and its creator or creators.
All inventors must be named and their citizenship data included. Drawings are included as well as background information and any claims on the scope of the patent. A fee must be paid and sworn oath must be provided that states, among other things, that the inventors believe they are the original and first inventor of the item. Patent applications are generally published 18 months after application. The time between application and the granting of the patent can vary greatly, but it is not a quick process and can take years.
A look back at the US Patent Office reveals an interesting history. A disastrous fire struck the Patent Office, then housed in Blodget’s Hotel, on December 15, 1836. All 10,000 patents and several thousand related patent models were destroyed thanks to an old and defective fire hose that would not funnel water onto the fire.
Hundreds of thousands of dollars were spent over the next ten years in an attempt to restore all of the lost information. Eventually, the Patent Office declared the effort a lost cause. A fire in 1877 repeated the problems of the earlier fire. While postal workers doing a poor job of banking the fire in the basement fireplace had caused the 1836 fire, no cause was ever determined for the destruction of the building, which had been declared fireproof. Thanks to lessons learned in the first fire, however, no patents were lost the second time around due to duplicates being housed elsewhere.
Perhaps it is the United States Patent Office that gives us an admonishment that is as valuable now as it was back in 1877: Save your work!

As the month of May begins, I’m celebrating with a contest! FLORA’S WISH, book 1 of the Secret Lives of Will Tucker series features a Pinkerton agent whose other interest is inventing. I’m giving away a copy of FLORA’S WISH in a random drawing. Leave a comment on this post to enter. Tell me what sort of invention—real or fictional—that you would love to see me use in an upcoming book. Or just tell me that you would like to win. A winner will be chosen at random. Contest ends at noon Central time on May 2. 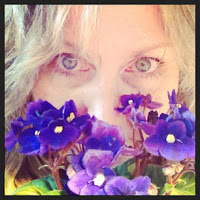 Bestselling author Kathleen Y’Barbo is a Carol Award and RITA nominee of forty-five novels with almost two million copies of her books in print in the US and abroad and nominations including a Career Achievement Award, Reader’s Choice Awards, and several Romantic Times Top Picks. A proud military wife and tenth-generation Texan, she now cheers on her beloved Aggies from north of the Red River. Find out more at www.kathleenybarbo.com.