WHO WAS THE MAN BEHIND THE HARVEY GIRLS? By Cynthia Hickey

Very little are known about these amazing women called The Harvey Girls. They've often been described as "The Women Who Tamed the West", and that saying is very accurate. At the age of fifteen, Fred Harvey left England for America and began working in a restaurant. The Civil War, while hurting restaurants, were good for the railroad, and Harvey changed careers. He continued moving westward and worked in the railroad business, but never forgot what he'd learned in restaurants. At a time in history when railroad food was little better than pig slop, if it was offered at all, Fred Harvey opened his first restaurant in 1876 in Kansas. 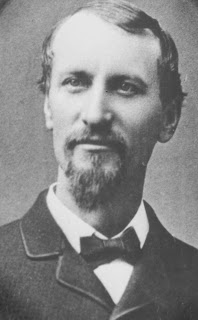 This man saw a need along the Atchinson, Topeka and Santa Fe railroads and acted on that need by providing gourmet food served by attractive, moral, white women. Hiring architects, he designed upscale dining rooms and hotels to serve the railroad guests, employing American men and women to serve those headed west. He kept the hotels to fit their surroundings and the culture of the towns in which they were built. Notice the Indian influence in this Lamy, New Mexico hotel. 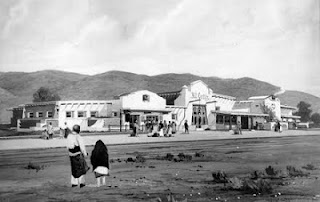 Fred Harvey's company would bring good food at reasonable prices in clean, elegant restaurants, to the travelling public throughout the Southwest. They also brought civilization, community, and industry to the Wild West. Over the next few months, I'll be digging deeper into the Harvey Girl history in celebration of my four contracted Harvey Girl stories. The first one, Cooking Up Love, (The Harvey Girl Way) releases July 1, 2013. These amazing women continued to inspire the women pioneers of today. 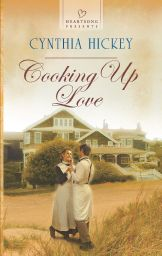 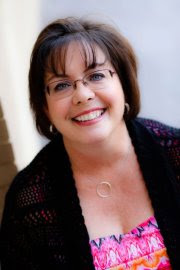 I hope you continue to visit and follow the journey as we meet these amazing women.
Posted by Unknown at 3:00 AM