Ellis Island-Exploring our Roots by Debbie Lynne Costello PLUS a giveaway!

Discovering family genealogy has become a popular hobby for Americans. We want to know more about where we came from. Little did the government know that the passage of the "Steerage Act of 1819" requiring all arriving vessels to deliver their passenger manifests to the U.S. Government and be reported to Congress would prove an invaluable piece of the puzzle in our quest. This document holds the key for many as an important starting point in researching their family history, thus making Ellis Island a strategic place to begin their investigation into their family tree.
My grandmother's side of the family has managed to track the Veatch name back to the time of William the Conqueror.  Because of that I know that my family from my grandmother's side never entered through Ellis Island. My great (8 times) grandfather and uncles were in America to fight the Revolutionary War, long before an immigration depot was considered. I know my great-grandfather Joe Lisuzzo and his brother (on my father's mother's side) stowed away on a ship at age 16 and 17 out of Italy and came to America. So I know they never went through Ellis Island. However, my father's father's side were out of Germany and very well may have come through the Island. I thought it'd be interesting to look into this place that so many of our ancestors were processed through. 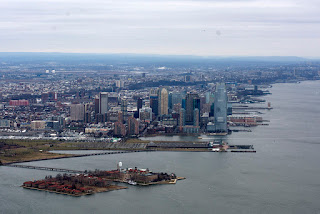 Somewhere between 1674 and 1679, Ellis Island (at this time it was called one of the three "Oyster Islands") was granted to Captain William Dyre. Dyre was the collector of customs and would become mayor of New York. During his ownership, the island was renamed Dyre's Island. For the next one hundred years, the island had many owners and some very interesting names. Some of the noteworthy names went back to the time when the island was used to execute pirates. Anderson was a well-known pirate in the mid 1700's. He was caught on the island and executed by the Gibbet. The Gibbet was a man size cage that held the rotting corpse together to warn others of what their fate may be should they commit the same crime. Because of that, the island was referred to as "Anderson's Island" or "Gibbet Island" (Here's an interesting article on the Gibbet http://www.ushistory.org/oddities/gibbet.htm).

In 1774 a New York merchant named Samuel Ellis purchased the island. In an ad for its sale in 1785 Ellis called it "That pleasant situated island". The Island was a favorite spot to dig for oysters or visit the tavern Ellis built there and to enjoy the view of New York's bustling harbor. Ellis never was able to sell his island, and his descendants inherited it after he passed away in 1794.


In 1808 New York State bought the property.
The government saw the value in Ellis Island with its clear view of the entrance to New York Harbor. They built Fort Gibson which gave them strategic value as a defense post.
The Immigration Act of 1891, established the Office of Immigration and began to administer immigration affairs. The government also appropriated money to build a new immigrant inspection station on Ellis Island. The Immigration Act assigned the Marine Hospital Service the responsibility of examining the immigrants and insuring their good health before entering the United States.

Prior to construction of the first immigration depot on Ellis Island, they doubled the island's size with landfill. A ferry slip was dredged and a dock installed next to the main building site. Several older buildings from the island's military post days were modified and used. On January 1, 1892 the first immigration building was opened.
Economic depression kept the immigration numbers low and Ellis Island processed fewer than 20,000 immigrants annually. In 1897 the wooden structures were destroyed by fire, but the government immediately rebuilt with fireproof buildings.

Ellis Island processed almost 12 million immigrants through the immigration station between 1892 and 1954 when the station closed. However, by 1924 the anti-immigration legislation which was designed to establish quotas according to nationality caused a significant reduction in numbers of immigrants allowed to enter the United States of America.
This was filmed on July 9th, 1903 by Edison Studios. It shows
immigrants disembarking from the steam ferryboat William Myers.

So now some fun and interesting facts about Ellis Island.

Frank Puglia was born in Italy in 1892. He came through Ellis Island in 1908. If you don't recognize his name you might recognize some of the classic movies he acted in. Films like Ali Baba and the Forty Thieves, Casablanca, and Jungle Book. He was originally cast as the undertaker, Bonasera in 1972 hit 'The Godfather', but due to illness he withdrew from the role shortly before shooting began.

Remember Bob Hope? I always thought he was home bred here in America. But the man famous for entertaining people as a comedian, actor, dancer and singer, as well as his support of the American troops abroad is not a native. Did you know that Bob Hope was an immigrant from England and his real name was Leslie Townes Hope? He came here with his family and passed inspection at Ellis Island on March 30, 1908, at the age of 5.

Bela Lugosi pass inspection in 1921. In 1920 he had illegally entered the United States in New Orleans, when he failed to return to the merchant ship he served on. Surrendering to Immigration Service officials in New York later on, he was brought to Ellis Island. Bela Lugosi became a famous actor. His best known role was playing Count Dracula.

In 1942 President Roosevelt issued an order authorizing the relocation of people with "foreign enemy ancestry" living in the United States (120,000 Japanese, 11,000 Germans, 3000 Italians were detained across the country). Serving as an internment camp throughout World War II, thousands of people were detained on Ellis Island. The majority being Germans, but some Italians and Japanese were also held.

Ellis Island is federal property and throughout history has been considered in New York, however the United States Supreme Court appointed a Special Master to mediate a dispute. In 1998 a ruling came down that the original island belongs to New York, but the part added after 1834 belongs to New Jersey.

If you'd like to find out more information about Ellis Island the National Parks Service has a wealth of information. 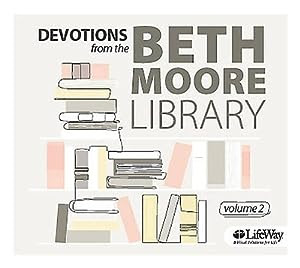 I'm giving away a copy of Devotions by Beth Moore. Share some of your genealogy research or leave a comment to be entered. Giveaway ends July 14th. Good Luck! Can't wait to chat with you. 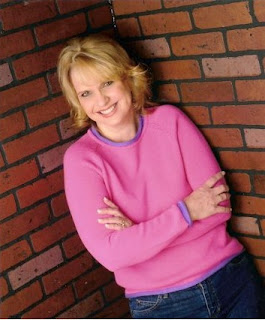 Debbie Lynne Costello is represented by Tamela Hancock Murray of the Steve Laube Agency. She attended Heritage University, where she studied Journalism and worked in the editing department.
Her stories are set mostly in Charleston, SC and Savannah, GA during the late 19th century.
She and her husband have four children and live in upstate South Carolina. She spent thirteen years coaching cheerleading and trying to make a difference in young girls’ lives. In her spare time, she sews, paints, knits, camps (in a fifth wheel) and plays with the grandbaby.