GOIN’ TO THE POOR FARM

When one of my critique partners was a little girl, her mother would bemoan, “If we aren’t careful, we’ll all end up at the poor farm.” She didn’t know what a poor farm was, but the thought of going there scared her and she hoped she wouldn’t have to go.

My mother tells the story of being instructed to drive my great-grandfather to the poor farm in Marion County when he ran out of money and my grandfather didn’t have room for him in his house. She said she’ll never forget him looking at her as they drove up and lane and asking, “Why’re you leaving me here?” It nearly broke her heart.

Although a lot of people have never heard of “poor farms,” they were once common across the nation. Various terms have been used to describe the “house for the poor,” and often the titles were unique to the part of the country where the house was located. For example, in New England, they were called “almshouses,” in Maryland “county home,” in Indiana “county asylum,” and throughout most of the middle Midwest they were known as “poor farms” or “county farms.” Owned and operated by local government, they provided a place of refuge for those who otherwise would be homeless. The residents were referred to as inmates--a word with a completely different connotation today!

In addition to state- or county-run homes, private institutions sometimes operated asylums for the elderly, poor, or orphaned. In Kansas, more than a dozen existed, including the Hygiene Home for Friendless Persons (opened in 1890 in Hillsboro), which was financially supported and run by the Mennonite Brethren Church. Many poor farms closed their doors during the years of World War II. The last poor farm in Kansas, the Ingleside Home in Topeka, operated until 1974, closing permanently on March 1 of that year.

In June of 2011, two other historical writers and I traveled to the Cottonwood Falls area of Kansas for a little get-away. While driving through the countryside, we came upon a huge rock barn and couldn’t resist stopping to investigate. A sign indicated the barn was all that remained of what had once been the county poor farm. Through further exploration at a later time, I learned that the house had been destroyed by a fire in 1945. The information got my writer-thinker going: Who had lived here? What brought them to that place? Where did they go when the house was destroyed? Those questions collided with my previous knowledge of the Mennonite Church sponsoring poor farms in Kansas, and a story seed sprouted into full bloom.

On September 17th, What Once Was Lost will find its way to bookstore shelves. Christina Willems was raised by missionary parents who taught her to serve, and she feels very accountable for the residents of the Brambleville Asylum for the Poor where she lives as manager. When a fire breaks out, leaving the house uninhabitable, she faces the difficult task of providing care for those who have come to depend upon her leadership. As Christina’s world crumbles around her, she will learn the true meaning of home and belonging.

Reading about the poor farms and learning some of the difficulties that brought people to those places of refuge made me very grateful not only for the home I have here on earth, but for the one waiting for me in heaven. That one will never be destroyed by a fire or flood or close its doors for lack of funding! The mansion waiting for me will be mine for eternity--a comforting thought.

If you’d like to learn more about poor farms in Kansas, please visit the Kansas Historical Society website (http://www.kshs.org/p/poor-farms-in-kansas-1855-1974-a-bibliography/13587)

May God bless you muchly as you journey with Him! ~Kim Vogel Sawyer 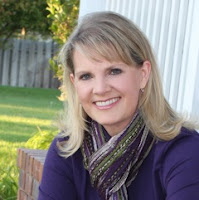 Highly acclaimed for her gentle stories of hope, Kim Vogel Sawyer is a bestselling author of thirty titles with more than a million copies of her books in print. A Kansas girl at heart, Kim enjoys writing stories set on the plains of her home state. She and her retired military husband operate a bed-and-breakfast inn with the help of their four feline companions and relish time with their three adults daughters and ten grandchildren. Learn more about Kim at: www.KimVogelSawyer.com.
Posted by Vickie McDonough at 12:30 AM