MAIL-ORDER BRIDES AND GROOMS IN THE 1800S - Lena Nelson Dooley 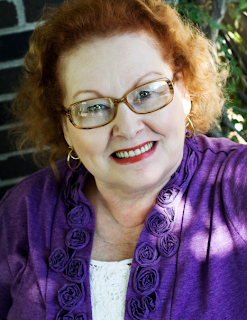 I've always been fascinated by the concept. And actually, my Summerside Press novel Love Finds You in Golden, Colorado, is a mail-order bride book.

One of my favorite resources for this is the book Hearts West by Chris Enss.


Would you be tempted to answer an ad that says:


"Wanted: A girl who will love, honest, true not sour; a nice little cooing dove and willing to work in flour:"


"A gentleman of 26 years old, 5 feet 3 inches, doing a good business in the city, desires the acquaintance of a young intelligent and refined lady possessed of some means, of a loving disposition from 18 to 23, and one who could make home a paradise."


"An intelligent young fellow of 22 years, 6 feet height, weight 170 pounds Would like to correspond with a lady from 18 to 22. Will exchange photos: object, fun and amusement, and perhaps when acquainted, if suitable, matrimony."


"A lively widower of 40, looking much younger, 5 feet 7 inches high, weighing 145 pounds would like to correspond with some maiden or widow ladyof honor who would like a good home, kind husband and plenty."


I'm not sure I would. Actually, wondering what would make a woman answer one of these ads is the catalyst to the birth of my Golden, New Mexico, novel.


Of course not all the ads were for men trying to find wives. Some were women trying for husbands. Here's one of those ads:


"A lady, 23, tall, fair and good looking, without means, would like to hear from a gentleman of position wanting a wife. She is well educated, accomplished, amiable, and affectionate."


When gold was discovered in California, an influx of men stampeded to find their riches. Unfortunately, not many women accompanied them.


San Francisco even had a newspaper titled Matrimonial News, dedicated to promoting "honorable matrimonial engagements and true conjugal facilities" for these men who came west.


An editorial in Alta California another newspaper said, "We want an emigration of respectable females to California; of rosy-cheeked 'down east' Yankee girls--of stout 'hoosier' and 'badger' lasses, who shall be wives to our farmers and mechanics, and mothers to a generation of 'Yankee Californians.' "


"Lonesome miner wants a wife to share stake and prospects. Please respone to . . ." and the name and post office followed.


In the 1860s, Asa Mercer went to the "Atlantic states" to bring boatloads of women to the Pacific Northwest.


Some of the women who came were sadly disappointed, but many found a good life in the west. They became the matriarchs of strong families who built the country, leaving a legacy of adventure, strength, and often a strong faith.

On another note, I'd love for you to come over to my Fan page on Facebook and become a fan.
http://www.new.facebook.com/pages/Lena-Nelson-Dooley/42960748768?ref=ts

If you would have been single in that time period, do you think you would have considered answering one of those ads?
Posted by Lena Nelson Dooley at 1:00 AM