I’ve always been interested in handcrafts, even when I was young. The first time I’d ever heard of tatting was when my sister brought home a note card with a multicolored tatted flower glued onto one corner. I fell in love with the tiny blossoms, so much so, that I ordered several dozen of the cards to use as thank you notes for my wedding gifts. 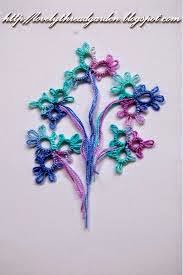 So what exactly is tatting? It’s a form of lace making, which involves wrapping thread around one or two shuttles and using the shuttles to guide the thread into patterns of knots to create rings and chains in delicate designs. To make the lace, the tatter wraps the thread around one hand and manipulates the shuttle with the other hand. No tools other than the thread, the hands, and the shuttle are used, though a crochet hook may be necessary if the shuttle does not have a point or hook.

Tatting consists entirely of small rings, or rings and arched chains. These rings and chains are usually embellished with picots (tiny loops of thread between stitches.) Some picots are purely decorative, but others are used for the important function of joining elements together. Surprisingly, only one simple knot is used throughout, the Lark's Head, which consists of 2 half hitches. 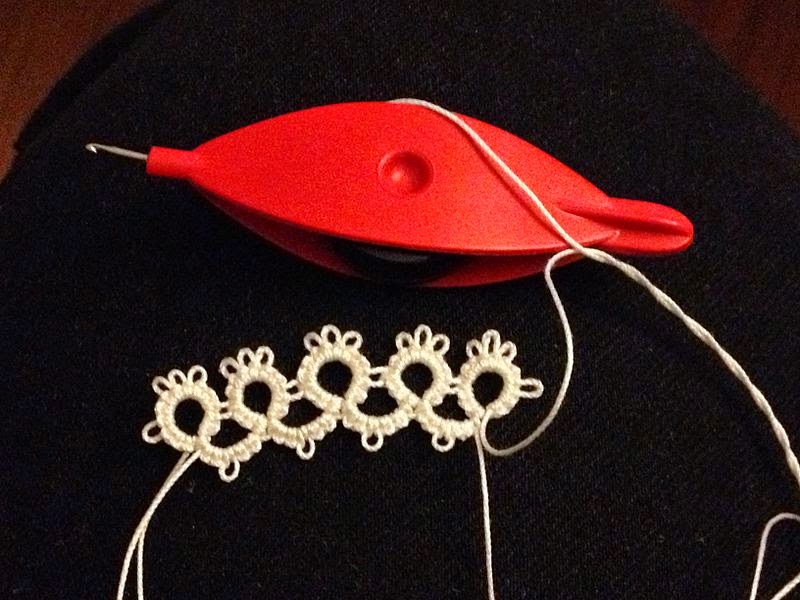 Lace has always been popular, but back when it was all handmade, it was very expensive to buy. Tatting was a fairly quick way to create pretty lace, although the learning process can be difficult. Historically, tatting was used to create doilies, reticules, bonnets, lacy collars and cuffs, bookmarks, and designs to be framed and hung on the wall.

Needle tatting is another form of tatting. Instead of using a shuttle, you use a needle, which you wrap loops around. 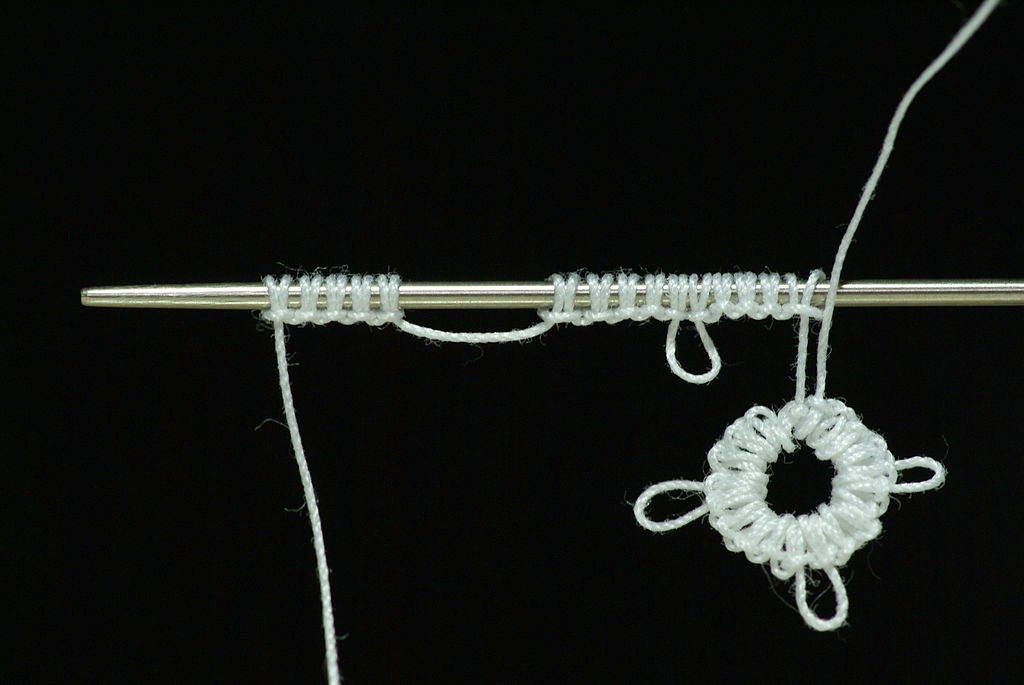 Tatting is a fairly new craft, emerging in the first half of the 19th century. It gradually evolved from knotting, which was popular in the 18th century. The end product of knotting is embroidery, but the finished product of tatting is lace. However, they both involve making knots with a shuttle and thread. Knotting produced a thread with a raised texture, which could later be used for couched embroidery.

Tatting is a popular craft in Europe, although no one is certain of it origins. The German word for tatting is schiffchenarbeitm, which means 'the work of the little boat,' which refers to the boat-shaped shuttle. The Italians call it occhi, meaning 'eyes,’ which refers to the rings, which make up the lace. In France, it is called frivolite. In Finland, tatting is called sukkulapitsi, which combines two words: sukkula, which means shuttle, and pitsi meaning lace. 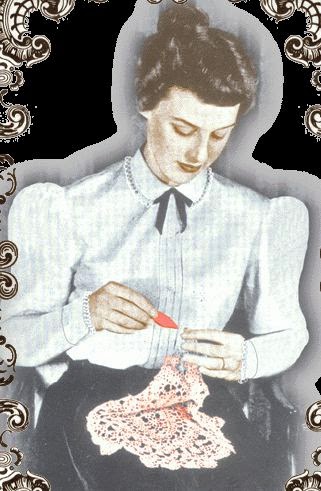 Doing handwork allowed the historical woman to sit and rest, while being useful at the same time. It enabled her to show off her industriousness and creativity. Small pieces of work such as lace making, were acceptable items to occupy one’s time while visiting and could be brought to a friend’s house for a bit of work over tea and pleasant conversation.

If you'd like to see live-action tatting, check out the links below to some excellent videos:

Good video that shows you how to wind the shuttle: http://www.tattedtreasures.com/2011/08/absolute-beginner-series/

It you want to learn the various tatting stitches, this page has really good videos that will teach you: http://www.tattedtreasures.com/tutorials/

Pinterest site with lots of completed tatting projects, tutorials, and pictures illustrating how to tat: http://www.pinterest.com/huskerrhonda/needle-tatting/ 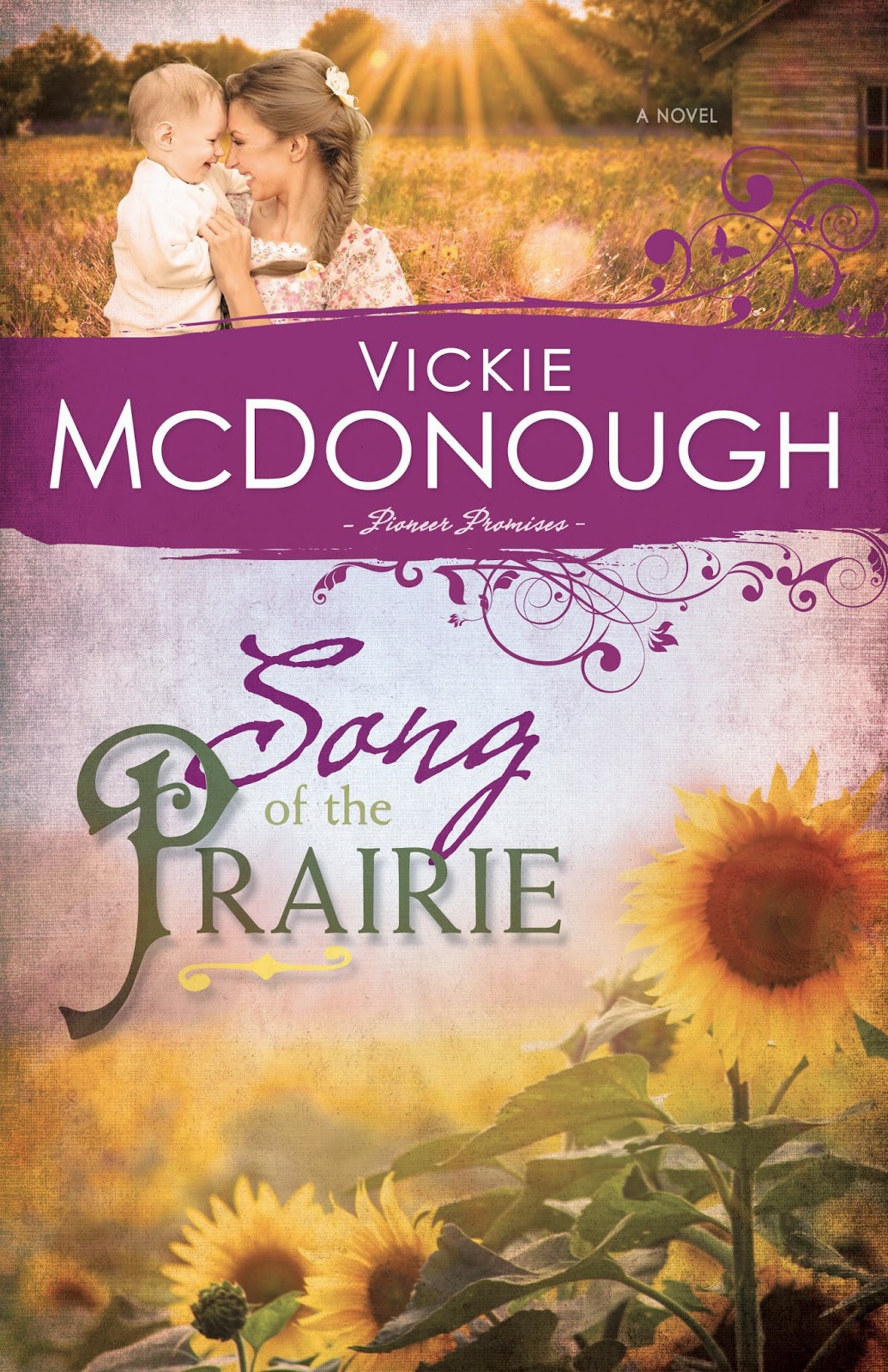 Song of the Prairie, releases August 15th, but is now available for pre-sale. 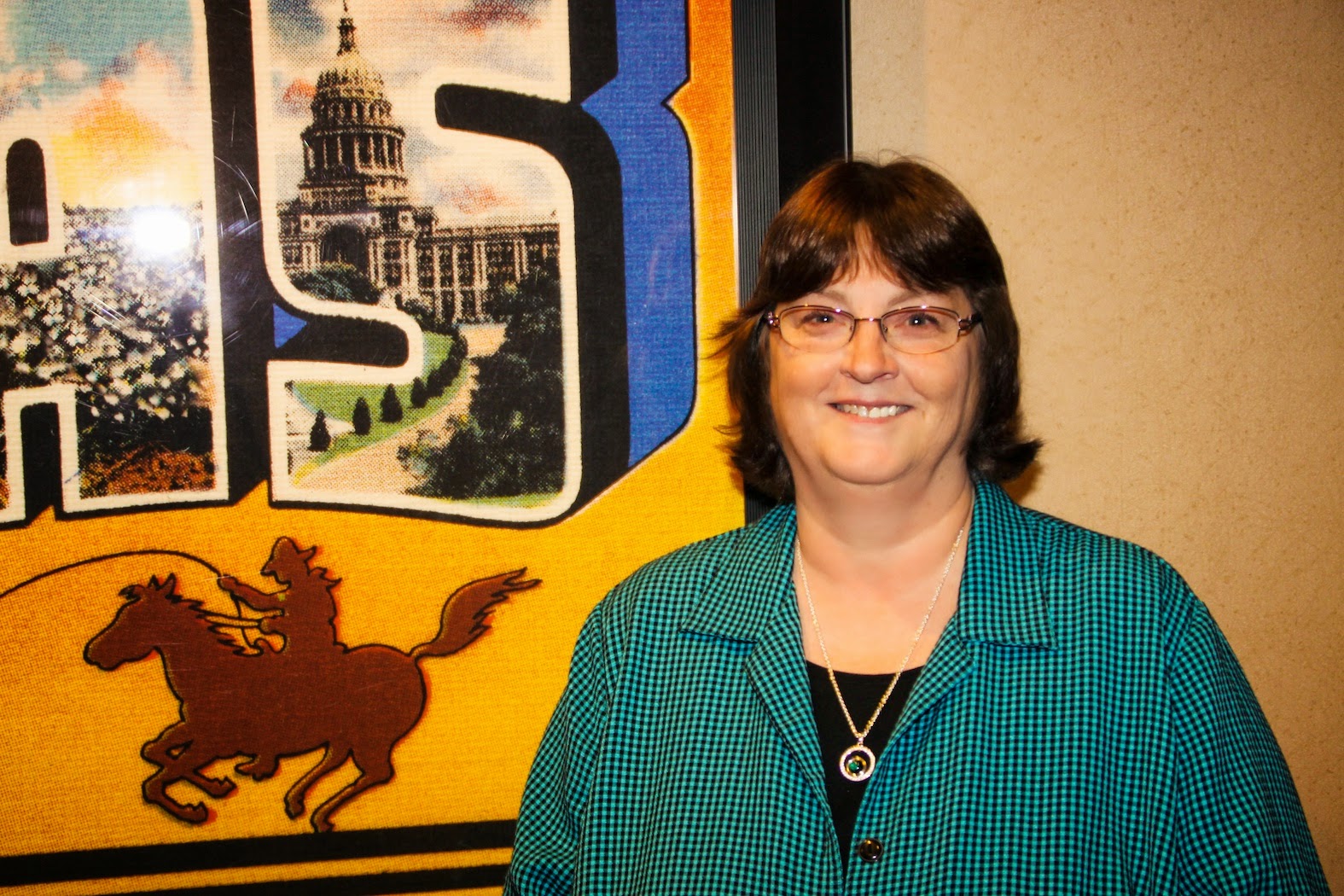