A NEW WOMAN EMERGES - INDEPENDENT WOMEN OF THE 1920s 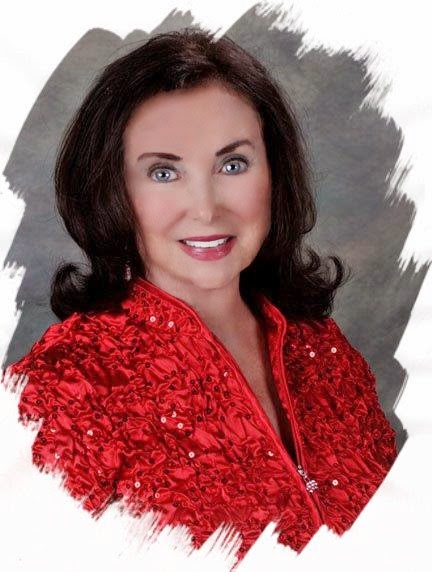 ANNE GREENE here. I’m writing a book, working title, AGAINST ALL ODDS, about the 1920s. The research is so fascinating I’m sharing with my readers. I hope you enjoy learning more about that jazzy decade. 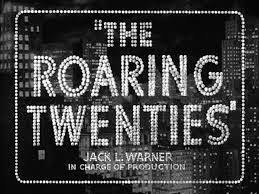 A woman of 1920 would be surprised to know that she would be remembered as a new woman. Many changes would enter her life in the next ten years. Significant changes for women took place in politics, the home, the workplace, and in education. Some were the results of laws passed, many resulted from newly developed technologies, and all had to do with changing attitudes toward the place of women in society. 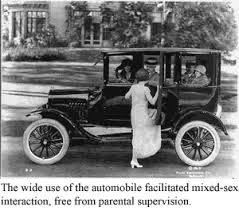 When passed in 1920, the Nineteenth Amendment gave women the right to vote. Surprisingly, some women didn’t want the vote. People believed women’s roles and men’s roles did not overlap. This idea of separate spheres held that women should concern themselves with home, children, and religion, while men took care of business and politics.
Though slow to use their newly won voting rights, by the end of the decade women influenced the political agenda of the federal government. They put more emphasis on social improvement, such as protective laws for child labor and prison reform.
Female high school students seldom expected to go to college. If they did, most women became teachers or nurses as these were considered suitable professions for women. Few women earned degrees during the 1920s. But times were changing, and each year more women earned college degrees.
Before WWI most women lived in rural areas without electricity. Imagine trying to keep food fresh without a refrigerator, ironing with an iron that had to be reheated constantly, cooking on a woodstove, going to an outside well for water, and visiting an outhouse instead of a bathroom.

The 1920s women found that electricity made housework easier, with electrically run vacuum cleaners, irons, and washing machines. Electricity meant that people could stay up later at night, because electric lights were more efficient than kerosene lamps and candles. Indoor plumbing brought water inside and introduced a new room to clean—the bathroom.
In the 1920s only about 15 percent of white and 30 percent of black married women with wage-earning husbands held paying jobs. Most Americans believed that women should not work outside the home if their husbands held jobs. As a result, wives seldom worked at outside jobs. However, some married women in desperate need took jobs in textile mills. 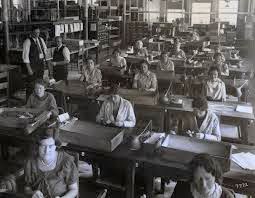 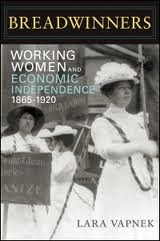 By 1922 mills hired female floor workers. Cotton mills employed a few nurses, teachers, and social workers to staff social and educational programs. Black women worked as domestic and child-care workers. Public acceptance of wage-earning jobs for young unmarried women grew. No longer being limited to work as mill girls or domestics, women began to perform clerical work in offices and retail work in shops and department stores. Some young married women worked until they had children. Working for wages gave women independence, and by 1930 one in four women held a paying job.
Despite increasing opportunities in employment and education, and the expanding concept of a woman’s place, marriage remained the goal of most young women. Magazine articles and movies encouraged women to believe that their security and social status depended on a successful marriage. The majority worked only until they married.
Today the easily recognized image of the flapper symbolizes the 1920s for many people. The flapper—with her short skirts, short hair, noticeable makeup, and fun-loving attitude—represented a new freedom for women. The old restrictions on dress and behavior were overthrown. 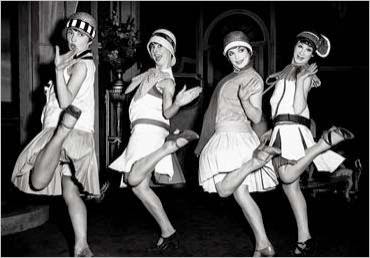 Is this glamorous and rebellious image of the flapper a true representation of the 1920s woman? Not entirely. In order to be a flapper, a woman had to have enough money and free time to play the part. College girls, unmarried girls living at home, and independent office workers most frequently presented themselves as flappers. However, the average woman did wear the fashions made popular by flappers. As often happens, unconventional clothing integrated into fashion. 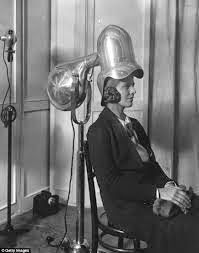 Flappers popularized slender, boyish fashions. Figures were flattened with undergarments. Hemlines, straight or uneven, gradually crept up, and waistlines dropped. High-fashion evening wear in tubular, sleeveless styles featured beading and fringe. Day dresses copied the evening lines. Short skirts were complemented by flesh-colored stockings worn with decorative shoes. Hair was cut close to the head and covered outdoors by the close-fitting cloche hat. Makeup became respectable. Between 1920 and 1930 women’s appearance changed completely.
Women’s lives changed. Society accepted that women could be independent and make choices for themselves in education, jobs, marital status, and careers. Women’s spheres broadened to include public as well as home life. The new woman was on her way.
Leave a comment on what you think was the best change for women in the 1920s for a chance to win an autographed copy of MARRIAGE BY ARRANGEMENT. 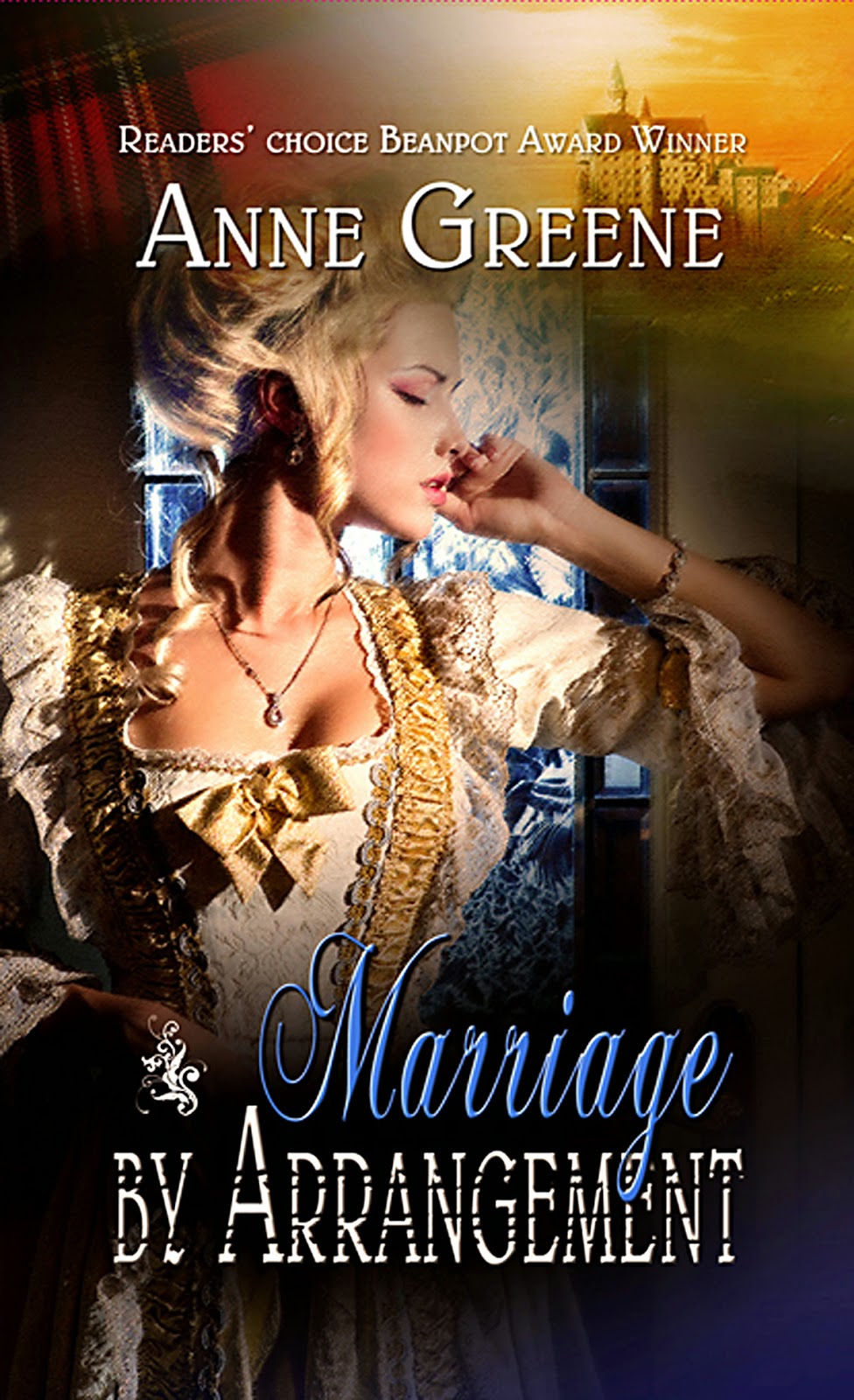 ANNE GREENE delights in writing about wounded heroes and gutsy heroines. Her second novel, a Scottish historical, Masquerade Marriage, won three prestigious book awards. The sequel Marriage By Arrangement released November, 2013.  A Texas Christmas Mystery also won awards. Anne’s highest hope is that her stories transport the reader to awesome new worlds and touch hearts to seek a deeper spiritual relationship with the Lord Jesus. Anne makes her home in McKinney, Texas. She loves to talk with her readers. Buy Anne’s books at http://www.Amazon.com. Talk with Anne on twitter at @TheAnneGreene. View Anne’s books, travel pictures and art work at http://www.AnneGreeneAuthor.com.
Learn more about Anne as well as get tips on writing award-winning books at http://www.anneswritingupdates.blogspot.com.
Posted by Anne Greene at 1:00 AM