If you're a fan of the Regency then you know that when George III died on this date in 1820 his son, The Prince of Wales, who had served as Regent became King George IV. But before I get ahead of myself I want to share some history with you about this George III who may not have been popular but had the longest reign of all the monarchs who came prior to him.

George the III was born on June 4, 1738 and died on January 29, 1820. He had been unable to reign the last ten years of his life and that's where the term Regency comes in to play in this instance. His son ruled in his stead because the King was unable to carry out his duties, thus the Prince of Wales became the Regent and thus was born a span of time from 1811-1820 that has been written about by historians and novelists because the Regent and future King of England led a dissolute life and wasted the taxpayers money.

He's most well known for losing the American Colonies (that was our American Revolution) and losing his mind. But from the British standpoint the man should also be known for many other things including the kindness he showed to his fifteen children and the devotion to his wife, Charlotte of Mecklenburg-Strelitz. He was the third of the Hanovarian Monarchs and the first to use English as his first language. George's direct responsibility for the loss of the colonies is not great. He opposed their bid for independence to the end, but he did not develop the policies (such as the Stamp Act of 1765 and the Townshend duties of 1767 on tea, paper and other products) which led to war in 1775-76 and which had the support of Parliament.

Of course The American Revolution took the wind out of George III's sails. I'd always thought that was why he'd probably gone insane but now we know that porphyria or possibly arsenic poisoning from wigs worn at the time could have caused George III's mental instability.

You can read more about his mental illness at my previous post on the subject here and also this month at HHH here. In the extensive biography by Christopher Hibbert, George III looks at the King's life from different dimensions including his love for his country and many interests that covered: architecture, music, literature, astronomy and more.

Did you know that John Adams met King George III?

I thought these Revolutionary War Facts were interesting. Did you know that John Hancock and Benjamin Franklin were both in London in 1761 and witnessed the coronation of King George III, the same king they would later rebel against? 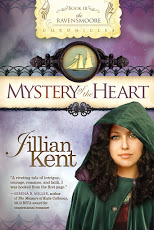 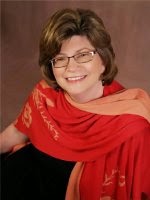