A Much Maligned First Lady
by Martha Rogers
The years she served as hostess to White House functions were known as “The Tragic Years” because of the Civil War. Poor Mary had three strikes against her because of Harriet Lane, Buchanan’s niece who served as hostess during his years as President. 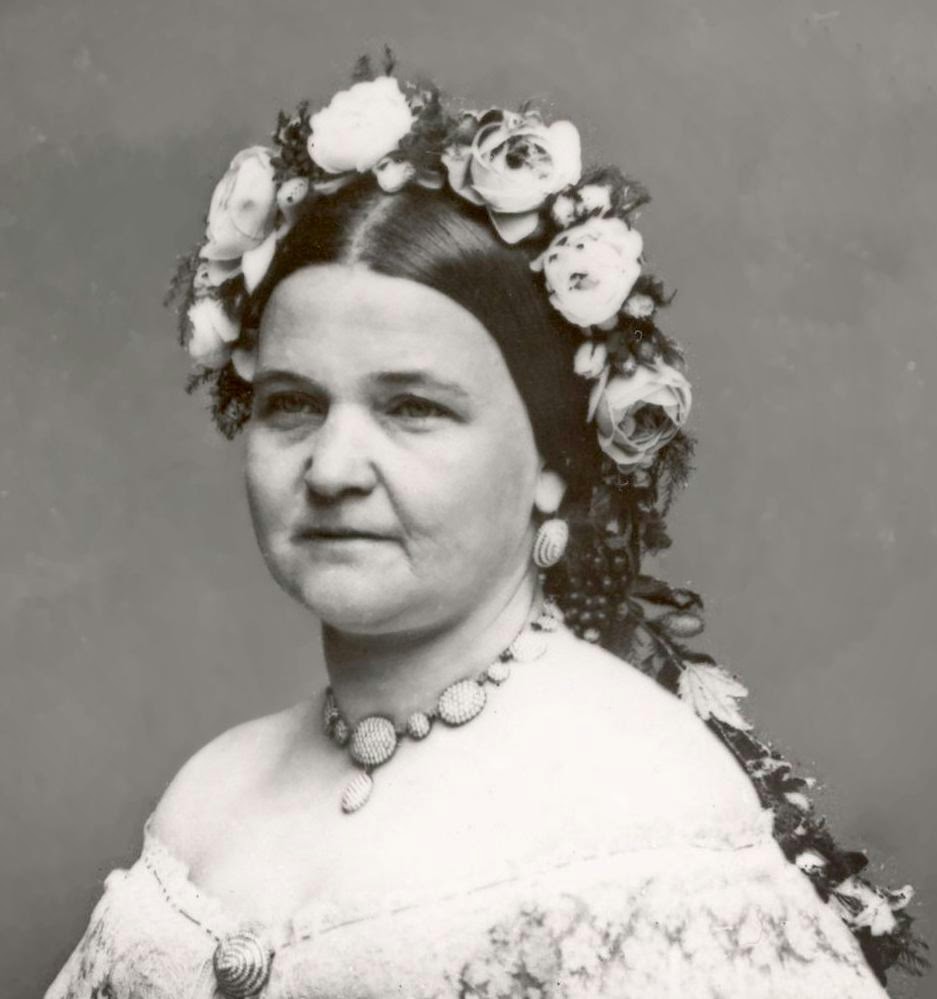 In contrast to Harriet’s blonde beauty and social skills, Mary Todd came across as short, dumpy, and plain. Based on her background from the Midwestern prairies, Social Washington assumed Mary would have a lot to learn. The harder Mary tired, the more Washington society resisted her.

However Mary was not your typical prairie wife. She came from a respected Kentucky family, and in normal times might have been a happier hostess. She was well-qualified to serve as hostess with all the Southern hospitality with which she had been raised.

Below is a picture of her home in Kentucky. 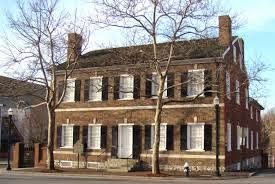 These were not normal times with storm clouds of impending war hanging over Washington. Many southerners living in Washington of course had sympathies with the South and closed their houses to return to their Southern roots.

Mary Todd Lincoln fought an uphill battle to prove that she had the taste and style expected of a First Lady. She often went to extravagant lengths to establish her gentility to skeptics. She spent large sums of money on clothing to impress Washington society. 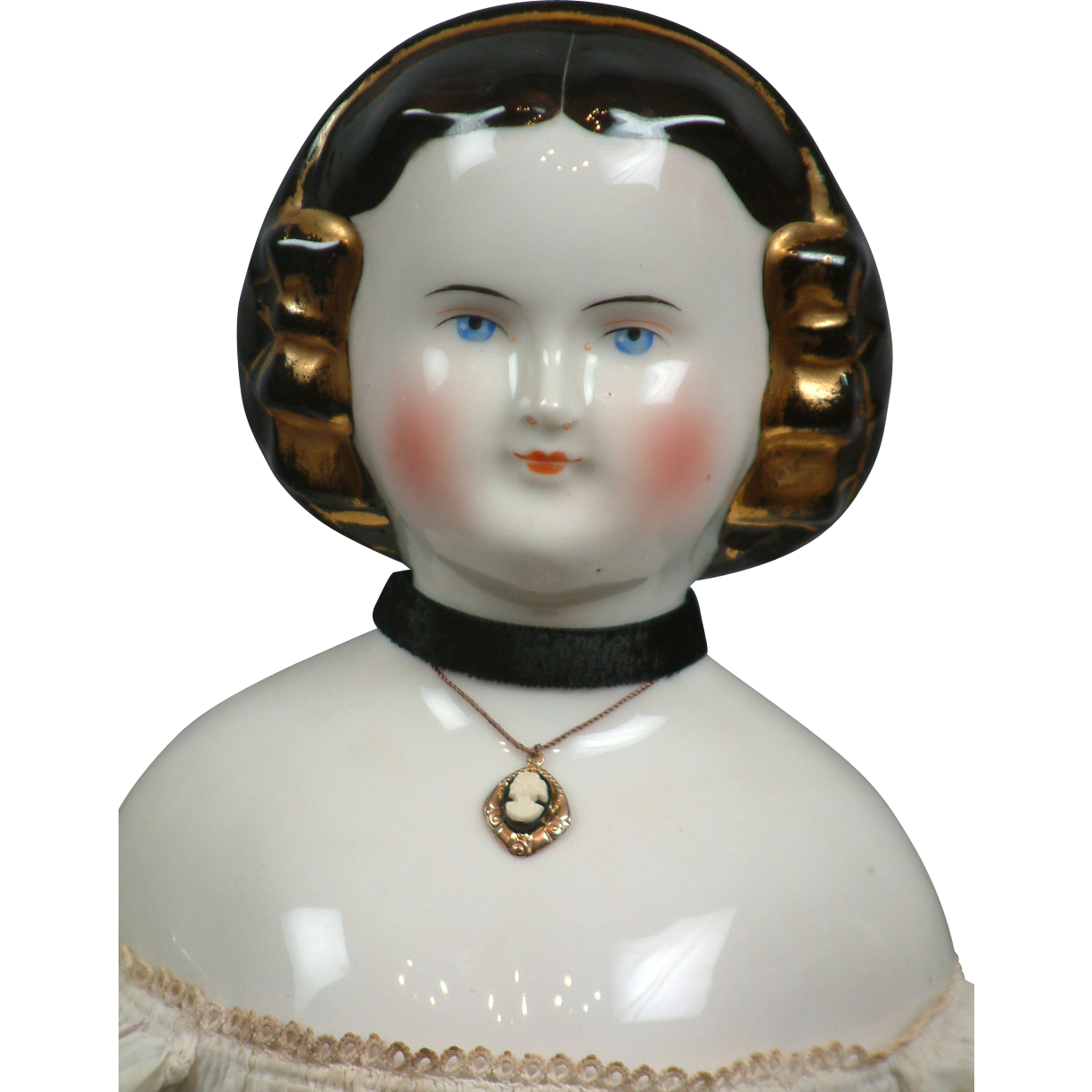 Just as she became more accepted and successful, her son Willie died in 1862. From then on, everything she did was misunderstood, and in the public’s eyes, she could do no right.

To the left is a China doll made in her image sometime later.

Because of her southern roots, rumors ran rampant that she was actually a Confederate spy. The talk became so vicious that Lincoln himself had to address an investigating committee and assure them of her loyalty to the Union cause.

Her response to the charges gave insight to her bitterness toward the Confederates. “Why should I sympathize with the rebels? They would hang my husband tomorrow if it was in their power.” 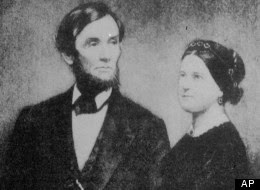 Hints of treason were only one of the many crosses she had to bear as First Lady. A semi-breakdown followed the death of her son. Then when she witnessed her husband’s assassination, her grip on sanity loosened even more and gave way completely a while later.

Mary Todd Lincoln, in the face of constant criticism, bravely tried to carry on the official functions of the White House.

Of all the actresses who have played the part of Mary Todd in many movies, Sally Field came closest to looking more like the First Lady. Her make-up and the costumes gave her a very close resemblance to Mary Todd.

So much more has been written about Mary Todd Lincoln and most of is a sad account of her days after the White House when she had an abject fear of poverty and began losing her sanity to the point that her son had her committed to an asylum in May of 1875. Mary Lincoln was released into the custody of her sister in Springfield in 1876. Mrs. Lincoln spent the next four years traveling throughout Europe then returned home to live with her sister after a fall which left Mary with a spinal cord injury that confined her to the house. Her death came on July 16, 1882 at the age of 63. She is buried in the Lincoln Tomb in the Oak Ridge Cemetery in Springfield next to her husband.

Manfred and Sally’s daughter Molly Logan finishes school and returns to her home to teach school. She has new and innovative ideas that are accepted only because people have known Molly since she was a child. When old friends of her parents come for a visit, with their son, Stefan Elliot, Molly is attracted to the young man, but all he is interested in is talking about his position in the army and how he’s home on furlough because of an injury. Their beliefs about war and the military have them at odds with one another. When he leaves to rejoin his regiment, Molly is both relieved and saddened. When her grandmother falls ill and passes away, Molly returns to Louisiana with her family. While there she meets Stefan again who has returned home because of a disfiguring injury in a battle. With the help of her father and uncle, Stefan is persuaded to come back to Stoney Creek and work on the ranch for her uncle, Micah Gordon. Once they return, it is up to Molly to bring him back from depression to depend on God and find love knows no limitations.