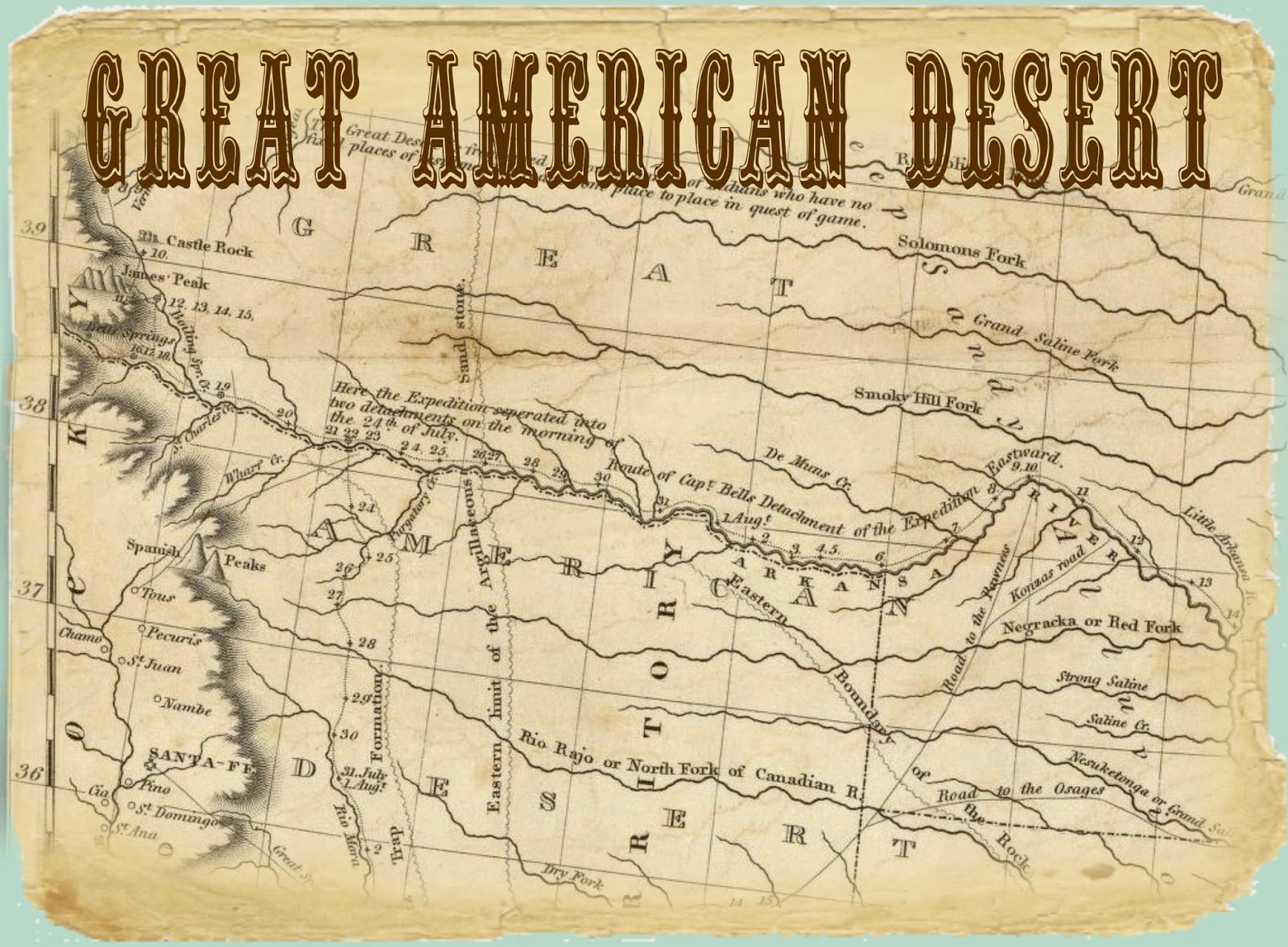 I’ve always found it interesting that so many of the early pioneers completely passed up The Great Plains in favor of California and Oregon. From my modern day viewpoint, I just never could understand why.

But Eureka, I have found the answer!

I discovered that the early expeditions of Lewis and Clark, Zebulon Pike, and Stephen Long followed the rivers—the Missouri, the Arkansas, the Platte, and the Canadian—mapping out trails across the plains to Oregon, California, and Santa Fe, areas that had been settled by seagoing vessels. However, on their track westward, these explorers documented the vegetation, animal life, and information about the Indians living in the American heartland.

The Great Plains includes parts of Colorado, Kansas, Montana, Nebraska, New Mexico, North Dakota, Oklahoma, South Dakota, Wyoming, and Texas, as well as parts of Canada. For the sake of today’s post, the bulk of the pioneers travelled the Oregon Trail, so might have passed through what we know as Nebraska, possibly Kansas, SE Colorado, Wyoming. Those areas are desirable places to live now, so what kept the pioneers from settling on the plains from the very beginning? Why the mad rush to Oregon or California while bypassing the plains?

Because they didn’t think of the area as The Plains. They’d been conditioned to view the area as (cue the ominous music) THE GREAT AMERICAN DESERT!!!

In his expedition of 1819-1820, Major Stephen H. Long prepared a map where he broadly designated The Great Plains as the Great American Desert, and that’s where the problem started—well, maybe not literally with Major Long, but the moniker stuck. And from that point forward, numerous maps drawn up between the 1820-1850s describe the area as a desert and completely uninhabitable.

Colonel Richard Irving Dodge says in his book, The Hunting Grounds of the Great West, “When I was a schoolboy my map of the United States showed between the Missouri River and the Rocky Mountains a long and broad white blotch, upon with was printed in small capitals “THE GREAT AMERICAN DESERT – UNEXPLORED.”

Zebulon Pike went so far as to say, “These vast plains of the western hemisphere may become in time as celebrated as the sandy deserts of Africa.”

Greeley stated that timber could not be grown because (he believed) the wind blew so hard. He also felt the “desert” was steadily enlarging its borders.

Is it any wonder the American public saw the plains as a vast, dry, horrible, terrible no good place to put down roots and invest their futures?

From one map to another and over a period of 30 to 40 years, the seeds were firmly planted in people’s minds that the area was a vast wasteland, and not good for much other than a road to the fertile lands of Oregon or California. It would take years to erase that image. In the early years, pioneers marched westward nearly 2000 miles with blinders on, ignoring the beauty, the rich black dirt, and the opportunity to homestead the very land they trampled in their haste to get to the “promised land” on the distant shore.

Again, from our enlightened state in 2015, it’s hard for us to imagine why they’d do this, but keep in mind that these travellers had their sights on the well watered, wooded, rolling hills that were similar in terrain and natural resources to the land they were familiar with back East. I suppose if you think about it, it makes sense.

The very fact that the pioneers were wary of The Plains is the reason the Oregon Trail even exists. If the region had been heavily forested and crisscrossed with streams and rivers and populated with all manner of animals and vegetation ripe for the picking, the pioneers would have slowly continued their migration westward instead of making the huge jump over The Plains from the East to the West.

As more pioneers spilled westward, more of them realized the vast opportunities they were leaving untouched. In the 1850s, a concentrated effort was made by the US government and enlightened visionaries to turn the image of the Great American Desert around, and The Great Plains and The Homestead Acts was born. Settlers poured into the region and a whole new era began.

Just think what would have happened if Major Long had wrote on his map THE GREAT AMERICAN PLAINS.

Pam Hillman was born and raised on a dairy farm in Mississippi and spent her teenage years perched on the seat of a tractor raking hay. In those days, her daddy couldn’t afford two cab tractors with air conditioning and a radio, so Pam drove the Allis Chalmers 110. Even when her daddy asked her if she wanted to bale hay, she told him she didn’t mind raking. Raking hay doesn’t take much thought so Pam spent her time working on her tan and making up stories in her head. www.pamhillman.com

The Homestead Brides Collection * The Oregon Trail Romance Collection
Both Available NOW and Shipping from Amazon! :)