I grew up in Mid-Michigan where there are four very distinct seasons. Although I don’t live there anymore, I have fond memories of traditional seasonal events.

During winter, I loved watching the snow fall with the porch light on. I also remember sitting by the fire after sledding outside. The tingle of warmth slowly chasing the cold away.

Spring meant rain, mud, and wildflowers. My mom acted surprised every Mother's Days when I come rushing in with a handful of wild, purple violets.

Summer, was filled with swimming, weekends “up-north” in Northern Michigan, and sleeping with the windows open. 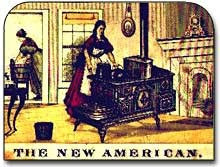 Then, my favorite, fall or autumn. This time of year meant back to school, cooler temperatures, changing leaves, and harvest time. I will forever remember my mom out in the garden in her tube top and terry-cloth shorts—yep, you guessed it, I’m a child of the 70’s—tilling, seeding, weeding, and harvesting our garden. Then she’d can green beans, sliced apples and applesauce, tomatoes, corn, and all varieties of jams and jellies. Funny, I thought it was such a treat to get a jar of store bought grape jelly! Now, what I wouldn’t do for a jar of her raspberry jam.

Food preservation has changed over the centuries. From the colonial period until now, our culture has used dehydrating, canning, salting, and freezing as ways to make the harvest last longer. Depending on where a family lived would help determine the type of preservation methods they would use.

Salting was the practice of using salt to completely cover fresh food, often pork or fish. The salt would draw out moisture and keep the food from spoiling quickly.

Excerpts from “The Food Timeline” http://www.foodtimeline.org/foodcolonial.html#colonialstorage

"To keep French Beans all the Year. Take young beans, gathered on a dry day, have a large stone jar ready, lay a layer of salt at the bottom, then a layer of beans, then salt and then beans, and so on till the jar is full; cover them with salt, and tie a coarse cloth over them, and a board on that, and then a weight to keep it close from all air; set them in a dry cellar, and when you use them, take some out and cover them close again; wash those you take out very clean, and let them lie in soft water twenty-four hours, shifting the water often; when you boil them do not put any salt in the water."
---Frugal Housewife, Susannah Carter [1803]

Pickling is making a comeback. Today we call it cured vegetables, but it’s basically the same technique as two hundred years ago.

"To Keep Green Beans for Winter. Boil salt and water to make a strong pickle; string the beans, and put them in a tight wooden firkin; sprinkle them with salt as they go in; when the pickle is cold, pour it on, and put on a weight to keep the beans under; they will keep in the cellar till the next spring. They should soak several hours in cold water before they are boiled."
---Domestic Cookery

The most common way to dehydrate in the 18th and 19th century was smoking. Which is another form of dehydrating. A smokehouse was usually a tall, narrow structure with a chimney/smoke hole in the top. Racks or shelves would be added inside. Then a fire would be started at the bottom. Adding green wood throughout the process would create a heavy smoke that would fill the smokehouse. Fresh meat was cut into strips and hung over the racks, after a few days of smoking the meat would be dried and ready to store for the winter.

Squash, apples, root vegetables, milk, butter, and cheese would be kept in a cold cellar or root cellar. If you lived in a cold area and close to a lake, large chunks of ice could be hauled to the cellar and covered with hay or straw. This would create a “refrigerator” effect. The ice blocks might even last through the heat of summer. Sometimes a cellar would be dug over an underground spring. The coolness from the spring water would help keep food fresher longer.

By the early 20th century, iceboxes were making an appearance in homes across the country. Especially in city homes where it might be more difficult to have cellars and smokehouses. An icebox usually had an exterior made of wood and the interior made of aluminum, steel, or tin. A block of ice placed in the bottom would keep the contents cold. That is . . . until the ice melted.

After electricity became more available, freezers and refrigerators became commonplace thus making the need for many kinds of preservation methods to become obsolete.

I still have most of my mom’s canning supplies stored away in the basement. Someday, I hope to grow a garden and preserve the harvest. If life ever slows down . . .

Do you do any type food preservation methods at your house? Do you have a special recipe you use? 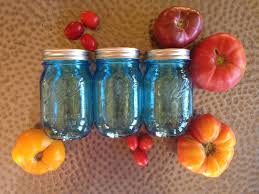 My daughter wants to can her own salsa. I might have to dig out the canning supplies sooner than I thought!

Here’s a recipe to try:

Traditional salsa with a zesty kick! Use whatever type of chili peppers your family prefers - and add hot pepper sauce if your tastes are even more daring.

Directions:
PREPARE boiling water canner. Heat jars in simmering water until ready for use. Do not boil. Wash lids in warm soapy water and set bands aside.
COMBINE tomatoes, green peppers, onions, chili peppers, vinegar, garlic, cilantro, salt and hot pepper sauce, if using, in a large stainless steel saucepan. Bring to a boil over medium-high heat, stirring constantly. Reduce heat and boil gently, stirring frequently, until slightly thickened, about 10 minutes.
LADLE hot salsa into hot jars, leaving 1/2-inch headspace. Remove air bubbles and adjust headspace, if necessary, by adding hot salsa. Wipe rim. Center lid on jar. Apply band until fit is fingertip tight.
PROCESS both pint and half pint jars in a boiling water canner for 15 minutes, adjusting for altitude. Remove jars and cool. Check lids for seal after 24 hours. The lid should not flex up and down when the center is pressed.


Thanks for joining me today here at HHHistory.com. Be blessed everyone!