Put on that Party Dress!

***Leave a comment at the end for a chance to win a new book!

The Christmas festivities are here and we reach back into our closets for that holiday wear that only comes out in December. For many of us, it’s the only time of the year we wear red.

Children are decked out in their special jolly clothes for church or to take pictures with Santa. Little boys may be seen wearing ties and vests while little girls twirl in satin, taffeta or velveteen. 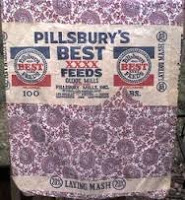 But what did people wear in the Depression? What festive clothes did they have? Many mothers couldn’t afford store-bought clothes, so they made their children something new to wear out of something they already had – like flour sacks. 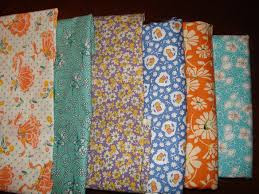 By the time I came along, the store my grandmother ran was no longer in business. However, it was attached to her house, so I strolled through the mostly-empty store looking into vacant glass cases and bare shelves. That’s the first time I saw it. On one shelf there was a stack of fabric in various prints. I liked the prints, but when I touched it, it was rough and stiff. My mother explained to me that they were old flour sacks that people used to buy from Grandma to make clothes.  I looked at Mother like she was crazy and said, “I wouldn’t want a dress made out of that scratchy stuff!” Mother laughed and told me it wasn’t too bad after it had been washed a few times. I doubted it would ever be soft like my clothes though.

And yet, in the Depression, people were just happy to have something new. Women made shirts for boys and dresses for girls out of the material that flour and other goods came in. Even feed sacks were used to make a variety of household items like curtains, quilts, towels, and even underwear and diapers! 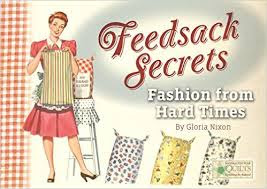 When the flour mills found out how the bags were being reused, they began making the bags in color and then added lively prints. Manufacturers even pasted on paper labels so they’d be easier to remove than the stamped-on labels. By the 1930’s, manufacturers competed with each other by hiring artists to design the prints. The trend was great marketing, and more companies that sold their products in sacks caught on. Women often chose their flour, sugar, beans, rice, cornmeal, feed and fertilizer, based on which fabrics they liked the best.

Not only were women being thrifty, they were helping the government during a cotton shortage.  After the war, rural women showed off their homemade fashions by competing in national sewing contests. Farmers often found out they had more feed sacks than they could use, so they were able to sell them back to the store to be resold. I wonder if that’s where my grandma got hers?

Magazines and pattern companies took advantage of the sack popularity and published patterns specifically for feed sack prints. Directions were even given for using the strings from the sacks in knitting in crocheting. 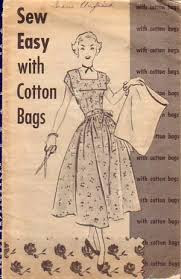 And it wasn’t only poverty-stricken families wearing these garments. A 1942 estimate showed that three million women and children of all income levels wore them.

However, as technology advanced, largely due to the war itself, many items were no longer packed in cloth bags. Paper and plastic was cheaper to produce and more sanitary and rodent-proof, and a new man-made material called rayon appeared on the market. Cloth bags practically disappeared, and clothes made from them disappeared as well.

Did you ever have a flour-sack dress or know someone who did? 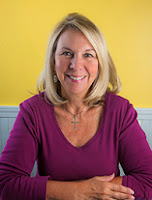 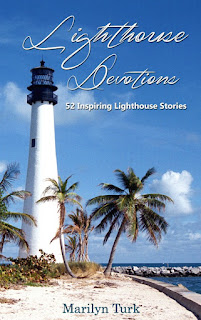 A multi-published author, Marilyn Turk writes historical fiction about the coastal South. Her fascination for lighthouses spawned her popular weekly lighthouse blog @pathwayheart.com, and inspired her upcoming Coastal Lights Legacy series and her Lighthouse Devotions. Her novel, A Gilded Curse, will be released March 2016 from Heritage Beacon Fiction, an imprint of Lighthouse Publishing of the Carolinas.

Leave a comment (and your email) for a chance to win a copy of our brand-new book, Lighthouse Devotions.

May you have a very blessed Christmas!
Posted by Marilyn Turk at 12:30 AM