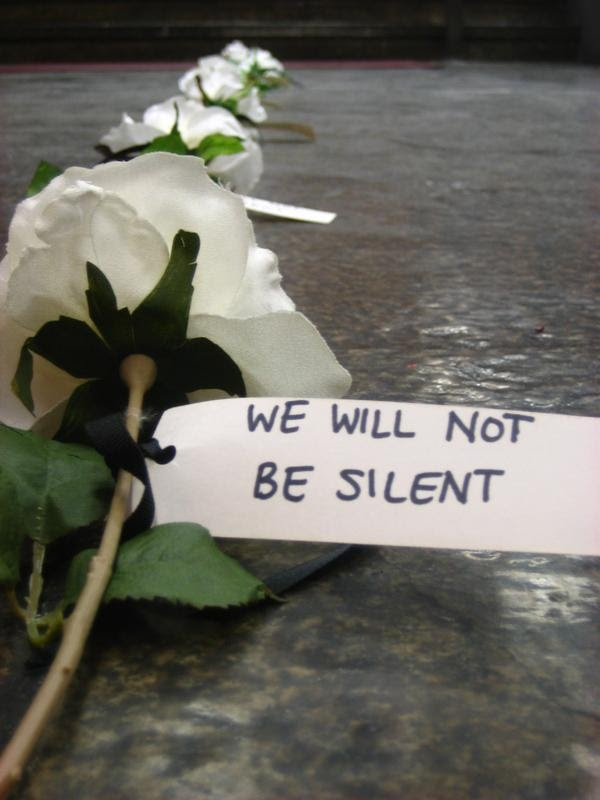 When a regime becomes evil, like the Third Reich during World War II in Germany, sometimes a group of young people have the courage to stand against it. White Rose was one of those groups. The members of White Rose were students of the University of Munich that decided to resist the Nazis in nonviolent ways by spreading their message of resistance and printing the truth about the Nazi Regime.

A survivor of the White Rose group, Jürgen Wittenstein, described what it was like to live in Germany when Hitler was in power. He said, “The government – or rather, the party – controlled everything: the news media, arms, police, the armed forces, the judiciary system, communications, travel, all levels of education from kindergarten to universities, all cultural and religious institutions. Political indoctrination started at a very early age, and continued by means of the Hitler Youth with the ultimate goal of complete mind control. Children were exhorted in school to denounce even their own parents for derogatory remarks about Hitler or Nazi ideology.” 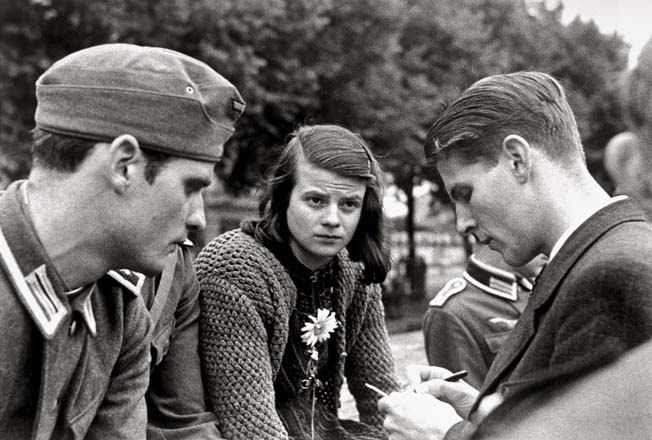 Although the members of White Rose were required to be a part of the Hitler Youth, the never agreed with Hilter’s policies. In 1941, Hans Scholl, one of the core members, read a copy of a sermon by an outspoken critic of the Nazi regime, Bishop August von Galen. The bishop spoke against euthanasia and Nazi concentration camps that were instituted to “protect the German gene pool.” Scholl showed it to some of his fellow students. His sister Sophie obtained permission to reprint and distribute the sermon at the University of Munich.

The next summer in 1942, many member of White Rose were required to serve three months on the Russian front with other medical students from the University of Munich. It was during this time, they were introduced to the horrors of war. They saw the way the Nazis beat and mistreated Jews and the atrocities against civilians in the East. Willi Graf, one of the members, witnessed the Warsaw and Lodz Ghettos.

When they returned to the university in November, they felt they had to take action and oppose fascism. Other students and Professor Huber joined them as they formed White Rose. They printed leaflets and graffiti to get the truth out to the people of Germany hoping they would rise up against Hitler.

Using hand operated duplicating machines, they printed and distributed six leaflets quoting the Bible and German philosophers in history. The fifth leaflet, Appeal to all Germans!” was made into 6,000 to 9,000 copies and distributed by courier runs to many cities. All of the leaflets warned of the defeat of Germany and encouraged German citizens to support the resistance movement. They promoted “freedom of speech, freedom of religion and protection of the individual citizen from the arbitrary action of criminal dictator-states.”

On February 3rd, 8th and 15th, 1943, the slogans "Freedom" and "Down with Hitler" appeared on the walls of the university and other buildings in Munich. Alexander Schmorell, Hans Scholl and Willi Graf had painted them with tar-based paint. Others not associated with White Rose began to paint similar graffiti. The Nazi regime launched an investigation to find out who was behind it.

The sixth leaflet, announced the “day of reckoning had come for the most contemptible tyrant our people has ever endured.” Somebody smuggled the leaflet out of Germany into England. The British reproduced the leaflets, and English planes dropped them all over Germany.

On February 18, 1943, The Scholls were distributing a suitcase of leaflets when they noticed there were leaflets that hadn’t been passed out. They climbed to the top floor where Sophia flung the leaflets out the window. A maintenance man saw them and contacted the police.

The Scholls were taken into Gestapo custody and interrogated by Robert Mohr who initially thought Sophie was innocent. After Hans confessed, Sophie assumed full responsibility hoping to protect other members of the White Rose. The other active members were soon arrested, and the group and everyone associated with them were brought in for interrogation.

The Scholls and another member, Probst, were the first to be found guilty of treason and sentenced to death. Sophia didn’t break during her interrogation and at her trial said, “You know as well as we do that the war is lost. Why are you so cowardly that you won't admit it?” All three were beheaded. At the execution, Hans said, “Let freedom live,” as the blade fell. Most of the other members were also captured and beheaded. A few were give prison sentences.

White Rose went on to epitomize resistance against tyranny in Germany after the war, and White Rose members were hailed as heroes. The square where the central hall of Munich University is located has been named Geschwister-Scholl-Platz after Hans and Sophie Scholl. The square opposite to it is called Professor-Huber-Platz. Two large fountains are in front of the university, one on either side of Ludwigstraße. The fountain in front of the university is dedicated to Hans and Sophie Scholl. The other, across the street, is dedicated to Professor Huber. Many schools, streets, and other places across Germany are named in memory of the members of the White Rose.

Her novellas Soldier’s Heart and A Christmas Promise are available on Amazon. Her novella Resurrection of Hope will be released in July.
Posted by Tamera Lynn Kraft at 12:00 AM