Blow the Bridge Down and Book Giveaway by Christine Lindsay

BLOW THE BRIDGE DOWN

In this century we’ve come to respect the power of wind. It really can blow a steel bridge down and crumple it like tinfoil.

I researched a number of train disasters for Sofi’s Bridge, but the Tay Bridge tragedy in Dundee Scotland, 1879 was due to the lack of attention the builders had when it came to the power of wind against the flat sides of train cars.

The bridge designed by noted Sir Thomas Bouch seemed to have all that was required at the time; lattice girders, cast iron columns, and wrought iron cross bracings. The cast iron used was as fine a quality and strength as was used to build the Crystal Palace in England. The design had been used previously and successfully on the Crumlin Viaduct in South Wales. According to the designer’s math the bridge should have been able to withstand the gale that night as the train traversed the Firth of Fourth, a deep watery span of 2.75 miles.

But on the evening of the storm no one had a clue they were facing a disaster when a train of 6 cars carrying 75 lives would be utterly lost.

All seemed well when the bridge first opened in 1878, and a year later on June 20, 1879, when Queen Victoria crossed the bridge to return home to London after her holidays at Balmoral Castle. Only 6 months later the storm hit on December 28 with winds of 75 mph, gusting to 80 mph, blew directly at right angles with the bridge.

But just as the train reached the high girders of the bridge, and a fair distance out so that over the howl of the storm, and at that distance he could no longer 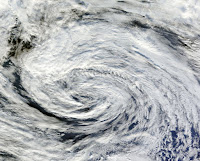 hear the train, he saw a bright flash of light. And then total darkness.

All communication with the train was suddenly snuffed out.

It happened so quickly the signal man could not believe reports from the other side of the bridge that the train had not arrived. The train had indeed sank in the deep waters of the Firth of Fourth. Divers later discovered the train was still encased within the steel girders. The wind, plus the train, pulled the bridge down. 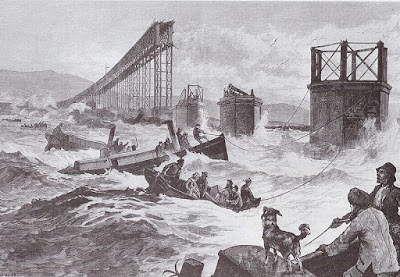 Later investigations discovered a number of issues, overall the structure had been built too cheaply with too light materials for the job. But the greatest element that the designer had not considered was the extra weight of wind-loading. The bridge had been designed against a wind loading of 20 pounds per square foot (psf), the usual margin of safety for this time.

In my research for Sofi’s Bridge set in 1910, I learned the following and set it into this scene as Sofi talks to the townspeople of the fictional town of Orchard that their new bridge as it stands will collapse during the first bad storm they have.

A councilman set up the easel, and Mayor Frank smiled as he passed a piece of chalk to Sofi.

Taking a deep breath, she swept her arm and drew a strong, fluid arc across the board. Quickly sketching in the steep cliff sides, she added the triangular shapes of trusses, and the bridge came to life. With short jabs of chalk, she marked crisscrosses at various sections. “Here, gentlemen, is where the steel is too thin.

This will escalate stress in these thinner sections.” She wrote a series of formulas on the side of the board and underscored them.

“It’s not just the dead load of its own weight that the bridge must sustain, but the tonnage of locomotives. Plus, the wind shear factor in these canyons will slam against the flat sides of railcars, acting in a similar manner as wind filling canvas sails on the surface of water—”

“How strong were the winds today?” One of the railroad dignitaries asked.

“Which means the wind shear factor is...” Sofi scratched the chalk on the board and ran the calculation. “Which means on days like today.” She quieted her voice. “The bridge as it now stands will collapse. Maybe not today, but one day. Lives could be lost.”

As a writer, I admit I love train disasters, and this is not the first train tragedy I've written about. I started Veiled at Midnight off with a derailment.

To enter the Ebook Giveaway for Sofi's Bridge leave a blog comment below. To enter your name more often, comment that you have shared this post on social media. I will draw the winning name the Sunday following this post. 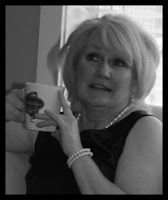