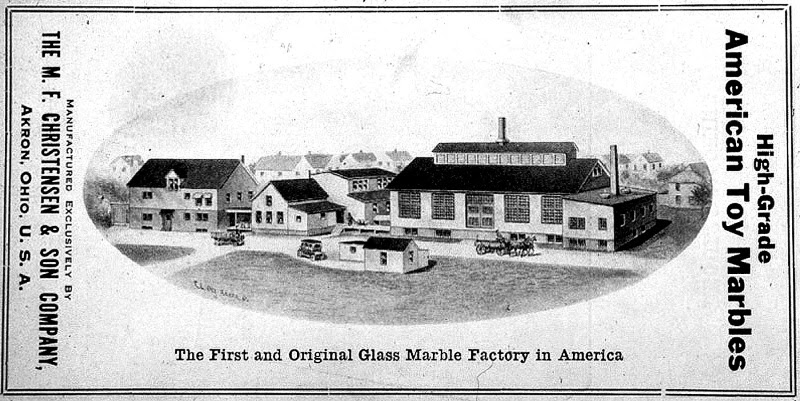 When we think about Christmas, one of the first things that come to mind is children opening up presents and being delighted by the newest toy. But in the past, toys weren’t always affordable for the average child. One toymaker from Akron, Ohio changed all of that.

In 1884, Samuel C. Dyke created the first mass produced inexpensive toy in the world, a clay marble. Marbles had been around for centuries, but they were expensive to make and buy because they were hand made one at a time. Dyke changed all of that with the Akron Marble and Toy Manufacturing  Company, and overnight, the company became the largest in the 19th century because children could now afford to buy toys. A penny would buy a handful of marbles.

32 more toy marble companies opened in the greater Akron area between 1884 and 1951. Toys became such a profitable industry that by 1920 there were 120 toy companies in Akron alone. So on Christmas when your children are playing with their new toys, remember it all began with making mass produced marbles in Akron, Ohio.