My fascination with plants began as a teenager when I found the 15 year-old son of a family friend planting petunias in their front flower bed. Seeing a male express love for botany left a deep impression which strengthened years later with the discovery that my father-in-law not only shared the same love, but used it to start his own greenhouse business. When my husband and I retired from our military careers, we bought his father's commercial greenhouse operation. My time was spent between nurturing kids and plants. I loved both jobs.

And now, years later, with the greenhouses a memory and the children grown, my love for plants has appeared in my newest novella, Sweet Love Grows where I used my botany skills to give my heroine a purpose in life, and the Victorian conservatory as her place of refuge. The following image is the type of conservatory I envisioned, although perhaps double the size for my heiress. I couldn't find a historical source for this abandoned structure, just numerous mentions throughout the web, with some calling it Victorian, and others Edwardian. But this is where I imagined my heroine fulfilling her botany pursuits. 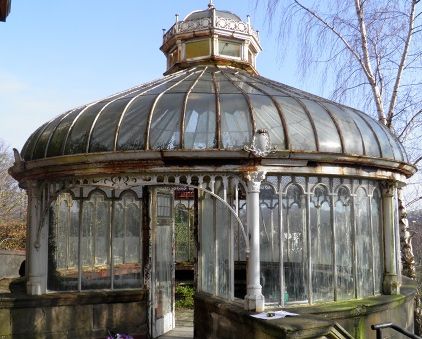 Most 19th century estates contained a conservatory, either free standing like the one I envisioned, or attached to the main house. Orangeries and palm houses were also fashionable. But where a conservatory is glass and iron, an orangery can be described as brick and glass, like the one below.

This snowy image from the St. Mary's Museum photo collection shows the attached 1907 conservatory and gardens of Westover Park in St. Mary's, Ontario.


Conservatories were necessary for the protection of rare and unusual plants from weather and thieves, for out-of-season growing, and for botany experiments that required isolation from other plants and insects that could cause cross-pollination.

Attached conservatories like the ones in the above and below images were practical rooms of serenity accessible without going outside to face the elements. However, I wonder how the humidity factor affected natural fabrics, wallpaper, and artwork in the rest of the residence. (From the Flikr photostream of Cornell University Library we find this photograph of a rectangular shaped conservatory.


The 1884 attached conservatory of the Stephen's residence in Montreal was separated from the sitting area by a half wall which may have contained glass windows, but was unlikely when you look at the plant spikes on the right side of the below photograph which is available courtesy of the wonderful online exhibits of the © McCord Museum

The luxurious residence of Toronto business magnate Sir Casmir Gzowski contained an attached conservatory on its six-acre estate known as The Hill.


The Hill's conservatory doesn't look as elaborate as others of the Victorian era, but a photo of the interior shows potted plants filling the corridor on the way to the domed, or should I say peaked, part of the conservatory.


The luscious setting in the above photograph is what I envisioned while writing Sweet Love Grows. Well, perhaps not the carpet runners as my fictional conservatory is more of a brick walkway footing than a carpeted corridor.

In celebration of the release of The American Heiress Brides Collection, I'm holding a giveaway for a Sweet Love Grows Prize Pak:

I have several entry sites set up, but if you haven't entered yet, you can enter right here: 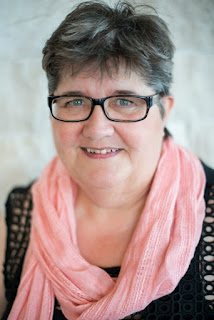 
Pinterest - www.pinterest.com/anitamaedraper/
Posted by Anita Mae Draper at 12:30 AM