Last month, we finished a year-long spotlight on Chincoteague Island, and the unique facets of small-town island life. If you missed that post, you can read it here: http://www.hhhistory.com/2016/12/christmas-on-chincoteague-island.html.

This month, it's a new year, so it's time to start something new. However, I have come to realize my current season in life has had a drastic effect on my writing career. So, while I would love to begin a new series on my current research, it's time for a confession. I'm actually not researching anything specific at the moment, and my career has become a series of short stories or novellas rather than full-length novels.

With a full-time job, commitments outside the home, and the demands of raising two little ones (almost 8 and almost 6) plus caring for my marriage, my writing career had to shift a bit. It's still growing and still taking me on exciting journeys, but at this particular time, it's taken on a different life than I envisioned.

But I'm not the only author to spend time penning short stories. So, let's delve into them for a bit right now.


THE NECESSITY OF THE DIME NOVEL AND SHORT STORIES

Dime novels were short works of fiction, usually focused on the dramatic exploits of a single heroic character. As evidenced by their name, dime novels were sold for a dime (sometimes a nickel), and featured colorful cover illustrations. They were bound in paper, making them light, portable, and somewhat ephemeral.

Publishers issued dime novels in series, numbering each novel individually. Dime novels were read by literate adults of all ages, although over time young men and boys became the primary audience.

In 1860, the publishers Erastus and Irwin Beadle released a new series of cheap paperbacks, Beadle's Dime Novels. The first book in the Beadle series was Malaeska, the Indian Wife of the White Hunter, by Ann S. Stephens, dated June 9, 1860. The novel was essentially a reprint of Stephens's earlier serial, which had appeared in the Ladies' Companion magazine in February, March and April 1839. It sold more than 65,000 copies in the first few months after its publication as a dime novel.

Dime novels varied in size, even in the first Beadle series, but were mostly about 6.5 by 4.25 inches (16.5 by 10.8 cm), with 100 pages. The first 28 were published without a cover illustration, in a salmon-colored paper wrapper. A woodblock print was added in issue 29, and the first 28 were reprinted with illustrated covers. The books were priced, of course, at ten cents.

This series ran for 321 issues and established almost all the conventions of the genre, from the lurid and outlandish story to the melodramatic double titling used throughout the series, which ended in the 1920s. Most of the stories were frontier tales reprinted from the numerous serials in the story papers and other sources, but many were original stories.

As the popularity of dime novels increased, original stories became the norm. The books were reprinted many times, sometimes with different covers, and the stories were often further reprinted in different series and by different publishers. This would be a fantastic income-generating source for a lot of budding and established authors! I know I've gotten repeat royalties from reprints of my own short stories or novellas. *grins*

The literacy rate increased around the time of the American Civil War, and Beadle's Dime Novels were immediately popular among young, working-class readers. By the end of the war, numerous competitors, such as George Munro and Robert DeWitt, were crowding the field, distinguishing their product only by title and the color of the paper wrappers. Beadle & Adams had their own alternate "brands", such as the Frank Starr line. As a whole, the quality of the fiction was derided by highbrow critics, and the term dime novel came to refer to any form of cheap, sensational fiction, rather than the specific format. You could almost say this of critics today when describing the "mass market paperbacks" so readily available in the marketplace. 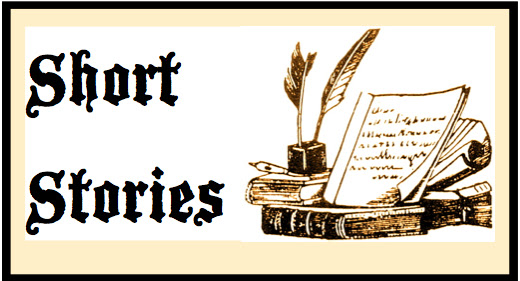 Short stories date back to oral storytelling traditions which originally produced epics such as Homer's Iliad and Odyssey. Oral narratives were often told in the form of rhyming or rhythmic verse, often including recurring sections or, in the case of Homer, Homeric epithets. Such stylistic devices often acted as mnemonics for easier recall, rendition and adaptation of the story. Short sections of verse might focus on individual narratives that could be told at one sitting. The overall arc of the tale would emerge only through the telling of multiple such sections.

The other ancient form of short story, the anecdote, was popular under the Roman Empire. Anecdotes functioned as a sort of parable, a brief realistic narrative that embodies a point. Many surviving Roman anecdotes were collected in the 13th or 14th century as the Gesta Romanorum. Anecdotes remained popular in Europe well into the 18th century, when the fictional anecdotal letters of Sir Roger de Coverley were published.

In Europe, the oral story-telling tradition began to develop into written stories in the early 14th century, most notably with Geoffrey Chaucer's Canterbury Tales and Giovanni Boccaccio's Decameron. Both of these books are composed of individual short stories (which range from farce or humorous anecdotes to well-crafted literary fictions) set within a larger narrative story (a frame story), although the frame-tale device was not adopted by all writers. At the end of the 16th century, some of the most popular short stories in Europe were the darkly tragic "novella" of Matteo Bandello (especially in their French translation).

The mid 17th century in France saw the development of a refined short novel, the "nouvelle", by such authors as Madame de Lafayette. In the 1690s, traditional fairy tales began to be published (one of the most famous collections was by Charles Perrault). The appearance of Antoine Galland's first modern translation of the Thousand and One Nights (or Arabian Nights) would have an enormous influence on the 18th-century European short stories of Voltaire, Diderot and others.

For a thorough and well-documented description of Short Stories, I recommend you check out the article available at Brittanica.com.

* Have you ever read a dime novel?

* What is your favorite short story and why?

* If you had a choice, would you want to write a short story or a full novel? Why?

Leave answers to these questions or any comments on the post below. Come back on the 9th of February for my next appearance.