More Than a Home
by Martha Rogers

When I was a child, we visited Galveston several times. I remember driving by Bishop’s Palace on Broadway and thinking what a grand place it was for church bishops to live. Later, as a teenager, I asked my dad how many bishops lived there and why it was so large. He then told me the story of the Palace. Because it didn’t become available for tours until the sixties, I wasn’t able to tour the building until 2001 when my sister and I took my aunt and nephew on the tour. What delightful surprises we found in the beauty of the home.

Now over 120 years old, the house is listed as a National Historic Landmark. The building began as a home for Colonel Walter Gresham, his wife Josephine and their nine children.

Gresham was an attorney and politician as well as the founder of the Gulf, Colorado and Santa Fe Railroad and worked to bring about the merger of the line with the Atchison and Topeka Railroad. Gresham served in the Civil War and also served in the Texas Legislature.

He commissioned architect Nicholas Clayton to design and build the home in 1887. A huge house built on a small lot, it is very different from other Victorian style homes of the area. Although classified Victorian, the style is more like a Chateau.

The home consisted of a combination of materials from cast iron, solid wood, and native stone. Clayton expanded on the Victorian style by using stones of irregular shape and color as well as Tudor arches, towers with pointed roofs, and ornate carvings of animals and vegetation. Because of its structure of steel and stone, it survived the 1900 Galveston hurricane, and the Gresham’s welcomed hundreds of survivors into their home as a shelter from the ravages of the storm.

It soars three stories over the street below with a raised basement level giving it four floors. The basement once housed the kitchen and servant’s areas but now contains the store and gift shop. Three formal floors rise above this level. 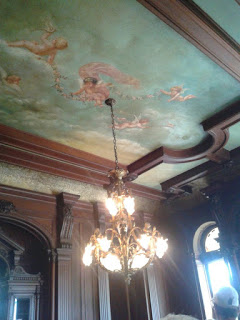 Mrs. Gresham played a part in the décor by painting the fresco of cherubs on the ceiling in the dining room.

My favorite room is also on this floor. I call it a garden room, but I believe it is the Conservatory on the tour. 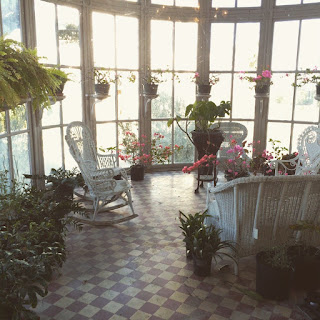 This floor also has the parlor, music room, kitchen, library, and servant’s vestibule.

The second floor had a bathroom with a tub that had three spigots for hot, cold, and rain water. Also on this floor were Mr. and Mrs. Gresham’s rooms, the daughter’s rooms and a guest bedroom.  The fourth floor was reserved for the boys’ bedrooms, Mrs. Gresham’s art studio, and storage.

It is as beautiful today as it was in the early days. Preservation has kept the Palace in very good shape with the beauty of the stained glass windows, intricate carvings in stone and wood, and original furnishings. 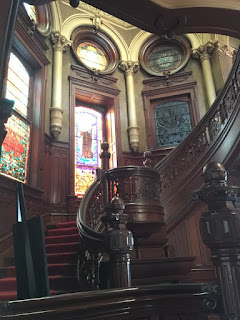 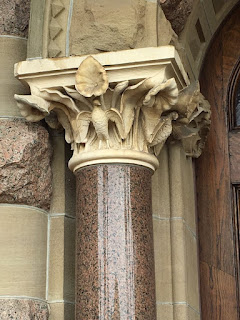 First know as the Gresham house for the man who built it, the Roman Catholic Diocese of Galveston purchased the home in 1923 as it was situated across the street from Sacred Heart Church. It served as a residence for Bishop Christopher E. Byrne until the diocesan offices moved to Houston and earned the name, Bishop’s Palace. One of the Gresham daughters’ bedrooms  was converted into a chapel. 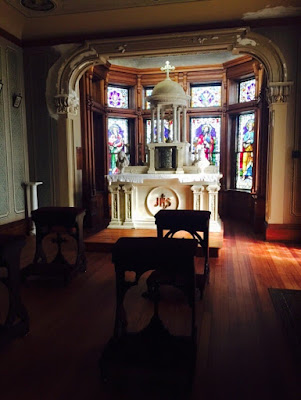 In 1963 the house was opened to the public with proceeds from tours of the home going to help fund the Newman Center set up in the basement of the home to serve Catholic students from the University of Texas Medical Branch.

Built at a cost of $250,000, the home is said to be worth well over five million today. The house is now owned by the Galveston Historical Foundation and tours are available daily. A portion of the admission charge is now used to help preserve and restore the property.

This is how it appears today with careful preservation and restoration. She's a grand old lady with all the elegance of her original days 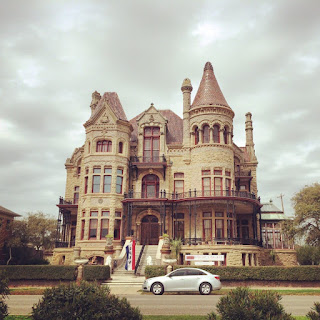 If you are ever in Galveston, this is one place I highly recommend for a visit.

My latest release is set in Hawaii at the commemoration of the 75th anniversary of Pearl Harbor. Be True tells the story of the Benson family with a long history of Navy men. Kari Benson’s Marine fiancé died in Afghanistan and she is determined not to become involved with a military man agan. Even though her great-grandfather, grandfather, father, and brother 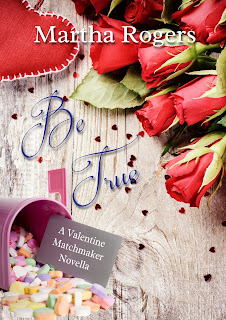 are all military, she vows to stay away from any man associated with the military. While in Hawaii to commemorate her grandparents’ anniversary in the same chapel where they married and Pearl Harbor Memorial recognition of her great-grandfather, she meets Lieutenant Spencer Langston who is the public affairs Navy officer assigned to escort them to all activities. When his kindness and attention to detail for the family begins to rock her boat of resolve, she flees back to New York. Spencer is determined to break down the walls of her heart. When he shows up on Kari’s doorstep on Valentine’s Day, she remembers her grandmother’s advice to be true to her heart and God’s will. Will she be willing to fall overboard to be rescued by Spencer or grab her life-jacket and hang on to the past?

This book is dedicated to a real hero of WWII. John Elam served in the U.S. Navy during that war. He was our next door neighbor when Rex and I were newlyweds and had our first two boys. He would have been 92 this past January.