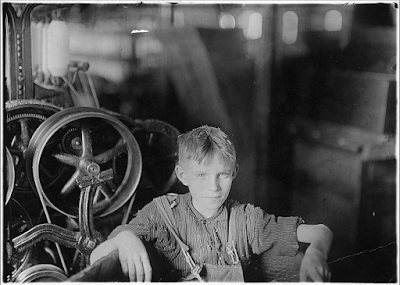 The hero in my next novel set in 1790s Natchez is an indentured servant. And while I don’t necessarily have indentured children in The Promise of Breeze Hill, in a discussion about indenturement, I mentioned to my editors that it isn’t really that much different than the way that in today’s society, parents start helping their children plan their futures when they’re in high school, sometimes even in junior high.

Not to make light of the challenges and horrors of indenture, but in the majority of cases, indenture was a way to improve one’s lot in life where there were few other options. 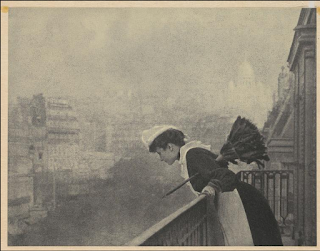 As children mature, they start recognizing their own strengths, the kinds of things that they get the most enjoyment out of, the type job that thy might want to pursue for life. Parents and teachers help them navigate the best college or career path based on those same strengths and what we think can better their futures. Some young adults go to work right out of school, others get a vocational degree, or continue on in higher education until they earn a bachelors, a masters, or a doctorate.

In the 1700s, a college education wasn’t an option. But even then, any loving family in the 1700s with 10-15 children would long to offer their children as many options as they could. So just like parents today research colleges and career paths, parents did the the best they could. 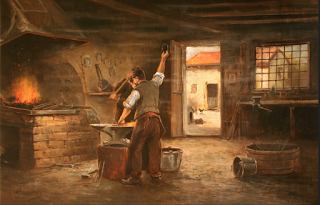 If the local blacksmith was willing to take on one son as an apprentice; the baker or the butcher wanted another assistant; a wealthy landowner needed another stableboy or ladies’ maid, parents seriously considered indenturing their children for a number of years. The training could make all the difference in the child’s life, and in some cases, the entire family’s lives. Sometimes parents had to do the unthinkable by sending their children to the colonies half a world away in order to secure a better future for them.

There were laws that protected indentured servants to a certain degree. Not only did the men, women and children hired as servants have their passage paid to America, they were assured of food, clothing, and shelter in exchange for their labor. Male servants would often receive land and a monetary reward at the end of their indenture. They would be freemen who could participate in local government. 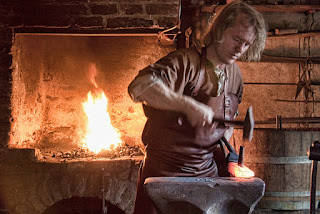 Laws required that their master could not shorten or lengthen the terms of indenture without the servant’s agreement. The law read that even if a servant fell "diseased, lame, or impotent by the way or after they come here, they shalbe mayntayned and provided for by their said masters during the terme of their service and covenants, although their said masters release them out of their service afterwards to be releeued by the towneship where he is”. Laws of this effect attempted to prevent injured or invalid servants from becoming the township’s responsibility.

However, in spite of the best intentions, there are records of disputes between masters and servants, but in general, the system worked fairly well. It was in a townships best interests to have indentured servants who would some day become freemen to live and work in the community. 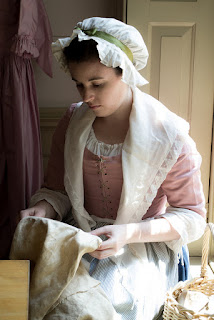 Female (and sometimes) male servants were required to obtain their master’s permission to marry, and in some cases the terms of their indenture required that they not marry until their term ended. But if there was nothing expressly forbidding marriage in the contract, and permission was unreasonably withheld, a servant could petition the Magistrates. The law stated that “"if a motion of marriage be duly made to the master and through any sinister end or couetous desire hee will not consent therevnto Then the clause to be made known vnto the Majistrates”.

Servants who disobeyed their masters, were caught stealing, or imbibing in ale, or gambling often had their terms of service extended. Even though the laws were designed to protect the rights of both the master and the servants, the Magistrates could make exceptions if both parties wanted to change the terms of their agreement. 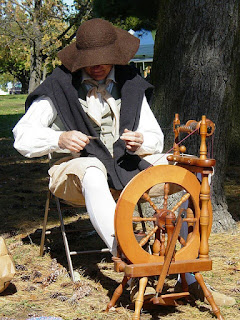 The system of indentured servitude is foreign to us, but it was the system in place to give people a future in a day and age when their options were limited. More than one child from the slums of Ireland, the back streets of Boston, a poor farm lad, or an orphan from England found their future as an indentured servant.

In some ways so far apart, but in other ways so similar. 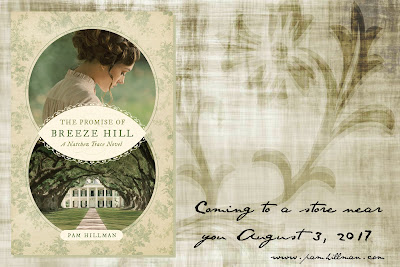 The Promise of Breeze Hill releases August 3, 2017 and is currently available for pre-order from all retailers including Amazon, CBD, and B&N. About the book: Natchez, MS; 1791

To read more about this fascinating topic, visit http://www.histarch.illinois.edu/plymouth/Galle1.html
Posted by Pam Hillman at 12:00 AM