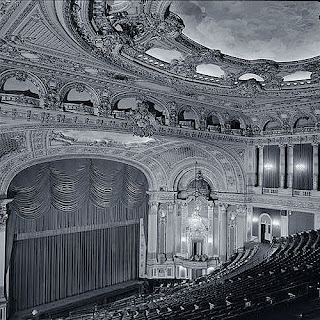 I'll admit, I'm a bit fascinated by the word 'movies' right now, so I decided to make it my topic this month. Why, you ask? Because one of my books (that I'm writing now), Runaway Romance, will release in October on the UP Channel as a made-for-TV movie!! To say I'm excited is a huge understatement. And nervous. And freaked at the tight deadline to get this book written. It's going to be broken into three parts, as it's a three-movie release--probably Oct., Nov. and Dec. You'll have to watch my FB Group to learn more as I learn it. It's not a historical, but it is family centered romance and the book is Christian fiction.

Now, back to this month's topic, old time movies. When did they start on the big screen? And even more interesting, WHY is it called the silver screen?

When English speakers first started attending “the pictures” in the nineteen-teens, movie screens were coated with reflective metallic paint, resulting in a silver surface to better display the projected images. By the 1920s, the term silver screen moved beyond the literal realm and into metaphorical territory to apply to cinema in general. With this change, speakers of English know the phrase star of the silver screen to mean “an actor in films.”

The history of film began in the 1890s, when motion picture cameras were invented and film production companies started to be established. Because of the limits of technology, films of the 1890s were under a minute long and until 1927 motion pictures were produced without sound. The first decade of motion picture saw film moving from a novelty to an established large-scale entertainment industry. The films became several minutes long consisting of several shots. The first rotating camera for taking panning shots was built in 1898. The first film studios were built in 1897.

If someone had asked me prior to researching for this post, I'd have said motion pictures didn't begin until the turn of the century. However, I discovered that in the 1890s, films were seen mostly via temporary storefront spaces and traveling exhibitors or as acts in vaudeville programs. A film could be under a minute long and would usually present a single scene, authentic or staged, of everyday life, a public event, a sporting event or slapstick. There was little to no cinematic technique, the film was usually black and white and it was without sound.

This footage of the "Arrival of a Train" is one of the most enduring images of the earliest years of cinema. The often-repeated accounts of the startled reactions to this movie from early audiences, along with the ways that such reactions were commemorated in other early movies such as "The Countryman and the Cinematograph", have made it one of the best-known of the earliest movies, and beyond that, the film in itself accomplishes its own aim very well. If you click on this link, you'll see a 50 second clip of this very first film made and shown to the public in 1896 by "The Lumière brothers". Click Here for video.

Some of the earliest known actors and actress on the big screen are still recognized today. The following are still alive today.

“ Born November 19, 1919 ” Alan Young
Actor, Mister Ed
Alan Young was born in Northern England in 1919, but his Scots father moved the family to Edinburgh, Scotland, when Young was a toddler and then to Canada when Young was about 6 years old. As a boy, he suffered from severe asthma, which kept him bedridden for long periods of time but encouraged his love of radio...

Joan Fontaine
Actress, Rebecca
Born Joan de Beauvoir de Havilland on October 22, 1917, in Tokyo, Japan, in what was known as the International Settlement. Her father was a British patent attorney with a lucrative practice in Japan, but due to Joan and older sister Olivia de Havilland's recurring ailments the family moved to California in the hopes of improving their health...
Born October 22, 1917

“ Born January 12, 1910 (103 years old)Luise Rainer
Actress, The Great Ziegfeld
Luise Rainer, the first thespian to win back-to-back Oscars, was born on January 12, 1910 in Dusseldorf, Germany, into a prosperous Jewish family. Her parents were Emilie (Königsberger) and Heinrich Rainer, a businessman. She took to the stage, and plied her craft on the boards in Germany. As a young actress...

Kirk Douglas
Actor, Spartacus
Cleft-chinned, steely-eyed and virile star of international cinema who rose from being "the ragman's son" (the name of his best-selling 1988 autobiography) to become a bona fide superstar, Kirk Douglas, also known as Issur Danielovitch Demsky, was born in Amsterdam, New York, in 1916. His parents, Bryna (Sanglel) and Herschel Danielovitch...
“ Born December 9, 1916 ”

Zsa Zsa Gabor
Actress, Moulin Rouge
Undoubtedly the woman who had come to epitomize what we recognize today as "celebrity", Zsa Zsa Gabor, is better known for her many marriages, personal appearances, her "dahlink" catchphrase, her actions, life gossip, and quotations on men, rather than her film career. Zsa Zsa Gabor was born Sári Gabor in Budapest...
“ Born February 6, 1917 ” 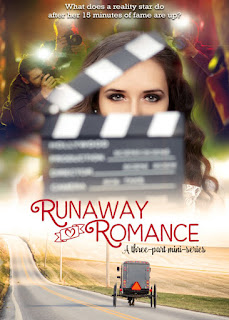 Runaway Romance will be filmed this summer and will air in three parts, starting in October of this year. Written by Miralee Ferrell, the story was an initial collaboration between Miralee Ferrell and producer, Chevonne O'Shaughnessy.

Miralee Ferrell is a multi-published, best-selling author of 20 novels, including multiple historical romance, contemporary romance and children's fiction. You can learn more about Miralee and her books at www.miraleeferrell.com