Why Write About Indentured Servitude? ... And a Giveaway!

Each story idea starts with one tiny little puzzle piece. Just one.

A word, a photo of days gone by, a scent, a location, an event. Before The Promise of Breeze Hill became the full-fledged novel that it is now, it was just a single thought to write about an indentured servant.

Why? Fish out of water, maybe. Or having a character who can’t walk away, but then later doesn’t want to walk away. And, since I like to put a bit of a twist on my stories, I wanted the hero to be the one who was placed in this situation.

And to make matters worse, let’s indenture the poor guy to the heroine, but something in his past makes this a really bad thing. I just kept tightening the ropes on him. I also wanted my indentured servant to be an alpha male, with a take-charge attitude. More thinking outside the box turned Connor into a man who has already served a forced seven year indenture, but willingly indentures himself to pay for his four younger brothers' passage from Ireland. 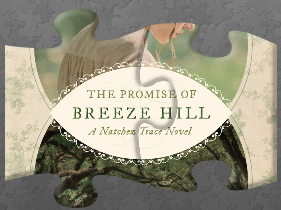 Fairly quickly in this process, I made the decision to move the story to the late 1700s, early 1800s at the latest, as indentured servants weren’t that common in the 19th century. Not completely unheard of, but not the time period we first think of for indentured servants. So, the 18th century is a departure for me as all my other published works fall between 1850-1890. How my hero ended up being Irish, I’ll not be knowing. It just is.

Then I needed to decide where to set this indentured servant story. More than likely, most of us think of indentured servants solidly in the New England states, Pennsylvania, Rhode Island, and Virginia, the Carolinas, etc. But I’m from the South, and New Orleans and Natchez were bustling ports in the 18th century, so it made sense to plop my characters on my home turf.

The story just keeps growing, one puzzle piece at a time. 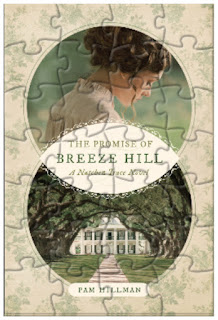 What would make Connor so adverse to be under the thumb of a woman...something more than just be an alpha male in a time period when women had little say in how things were run? What baggage and problems can I throw at Isabella Bartholomew? And what power (big grin) can I give her? What can push them apart, but draw them together? On and on and on, the pieces just keep falling in to place.

And it all started with the germ of an idea to write about an indentured servant.

Hey, let's have some fun. Solve the puzzle below for a chance to win a signed copy of The Promise of Breeze Hill. Make sure to comment that you'd like to be included in the drawing and leave your email address so that you can be contacted if you win.

Note: Winner will be chosen by Random.org on June 20, 2017 and posted in the comments as well as the HHH sidebar.