A Hebraic Perspective on the Last Supper

Christ our Passover is sacrificed. Therefore let us keep the feast! (1 Cor 5:7-8)


Our Lord's last supper was a Jewish Passover feast—a Seder (Matt 26:18-29). And each year, I'm blown away by the profound ways our Lord fulfilled the Feast—down to the jot and tittle.

One thing that fascinates me about Judaism is that, while not all rabbinical practices are Biblical, many are very old. The Mishnah was compiled in the third century A.D., but it reflects beliefs and practices handed down orally much earlier than that. Many practices recorded in the Mishnah are unchanged from Jesus’ day.

If you’ve had the blessing of attending a Jewish Seder, you will have experienced a series of rituals that are similar to those Yeshua and His disciples observed that evening. And understanding those rituals opens a new window on what happened in the Upper Room. (This will be the first of two posts exploring this topic.)

How Is This Night Different from All Other Nights? Astounding Ways the Jewish Passover Anticipates Messiah


You recall how John the Baptist heralded Jesus’ ministry. “Behold the Lamb of God, who takes away the sins of the world.” (John 1:29) For his Jewish listeners, that statement would have brought to mind two wonderful stories from the Hebrew scriptures.

In the end, Isaac’s life was spared (redeemed) by a substitutionary sacrifice the Lord Himself provided—a “ram caught in a thicket.” (Gen 22:13)

The Seder traditions emphasize the role of the unblemished sacrificial lamb. Interestingly, the Lord gave specific direction that not a bone of the lamb sacrificed at Passover should be broken. (Ex 12:46) That’s why John makes a point of telling us the Romans did not break Jesus’ legs. (John 19:36) 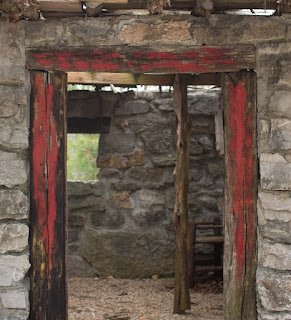 Oh, and the Israelites were to select their lambs on the tenth day of the first month in order to sacrifice them for their annual Passover Seder, four days later. Messianic Jews hold that Yeshua entered Jerusalem riding a donkey, greeted by palm fronds waving, on Nisan 10—the very the day the Jews assembled for the feast were procuring their unblemished lambs.


Since the time the Mishnah was recorded, the basic flow of a Seder meal has revolved around four (small 😊 ) cups of wine, which recall four promises the Lord made to Moses. (Ex 6:6-7)

Ritual blessings are recited throughout the meal. For each cup. For the bread, which is broken between the first and second cups. (More on the bread next month….) The meal is eaten between the second and third cups.

It’s clear from the gospel accounts Yeshua’s last meal followed something like this tradition. Ever-meticulous Luke records it.


And when He had taken a cup and given thanks, He said, “Take this and share it among yourselves.”… And when He had taken bread and given thanks, He broke it and gave it to them, saying, “This is My body which is given for you; do this in remembrance of Me.” And in the same way He took the cup after they had eaten, saying, “This cup which is poured out for you is the new covenant in My blood.” (Lu 22:17-20)

There’s a powerful spiritual message behind these cups.


The... cups parallel the betrothal process in ancient Israel. When a man proposed marriage:

· He would hand the bridal candidate a cup of wine and say, "This is the cup of my covenant." Y'shua did this at the last supper--said these exact words!

At the wedding, they’d drink of another cup.

"I tell you, I will not drink from this fruit of the vine from now on until that day when I drink it new with you in my Father's kingdom." (Matt 26:29)

Yeshua is waiting to drink the wedding cup--or, in Seder terms, the Cup of Restoration--with us in His Father's kingdom! After establishing the new covenant, He has gone to prepare a place for His bride. He’ll return when it's time to snatch us away, and we'll join Him in the wedding cup at the Marriage Supper of the Lamb! 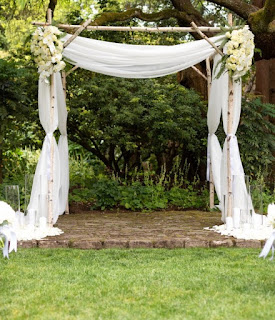 The seven Feasts of the Lord given in the Law of Moses have a great deal to say about this romance between our Heavenly Bridegroom and His bride, and about our glorious future when our Bridegroom returns--soon and very soon! I wrote more about this here.

Please check back next month, when I'll continue with the bread and the water, Lord willing.


A Prostitute Seeks Her Revenge--In 1942, Miyako Matsuura cradled her little brother as he died on the sidewalk, a victim of the first U.S. bombing raid on Japan. By 1948, the war has reduced her to a street-hardened prostitute consumed by her shame.

I live outside Phoenix with my husband, a third-generation airline pilot who doubles as my Chief Military Research Officer. We share our home with our daughter, our son and daughter-in-law, a brand new grandson, and a small platoon of housecats. When I'm not writing, you'll find me rollerblading--yes, I know that makes me a throwback 😊--or catching a moonrise, or dreaming of my next trip. We recently returned from Israel and Wales.
Posted by Linda Thompson at 12:30 AM