The Other Woman in the Race around the World

You’ve probably read about Nellie Bly, the famous journalist who went around in the world in 72 days to beat the fictional Phileas Fogg of Jules Verne’s book, Around the World in Eighty Days.

What you might not know is that the trip was a race between Nelly Bly who worked for The World, the most widely-read newspaper of its time, and Elizabeth Bisland, the literary editor of The Cosmopolitan magazine.

Elizabeth was born on Fairfax Plantation in Louisiana in 1861. Life on the family plantation was difficult after the Civil War, so the family moved to Natchez, Louisiana when she was twelve years old.  She began writing as a teenager, sending poems to the New Orleans Times Democrat under the pen name of B.L.R. Dane. When her family and the paper discovered her identity, she was paid for her work, eventually moving to New Orleans to work for the paper.

Around 1889, she moved to New York City where she worked for a variety of newspapers and magazines. When the publisher of The Cosmopolitan read about Nellie Bly’s future trip around the world, he decided to make it a race and send his literary editor, Elizabeth Bisland, in the opposite direction to do the same, hoping she would beat Bly’s time. At first, she refused, because she did not want the attention, but finally she gave in. So on the same day, November 14, 1889, both women departed New York, but Bly went east and Bisland went west.

The World excited its readers by posting sensational accounts of Bly’s journey while ignoring Bisland’s journey. At the same time, The Cosmopolitan’s coverage was less frequent, it being a monthly magazine.

Bisland was twenty-eight years old, tall and elegant, gracious and intelligent, and an avid reader of literary works. Although a beautiful woman, she once wrote, “After the period of sex-attraction has passed, women have no power in America.” She was a hard-working woman, often working eighteen hours a day, and was proud of the fact that she arrived in New York City with only fifty dollars but had earned thousands by her own writing.

Elizabeth Bisland wrote seven articles for The Cosmopolitan about her race around the world. In 1890 these articles were published by Harper & Brothers as a book entitled In Seven Stages: A Flying Trip Around the World. Near the end of the trip, cold, sleepless and hungry, Bisland hurried by train and ferry through France, England, Wales, and Ireland to catch the steamship that was her last chance to beat Bly, only to cross a storm-tossed North Atlantic.
In the end, Elizabeth Bisland succeeded in beating Phileas Fogg’s eighty-day mark, completing the trip in seventy-six days, which would have been the fastest trip ever made around the world, except that Nellie Bly had arrived four days earlier.
She arrived home—as she had feared—famous, amazed to discover people had placed wagers on who would win. She was even more amazed by the number of strangers who sent cards and messages, who simply wanted to see her, as if she were an exotic animal.
Unlike Nellie Bly, who upon her return to New York immediately set out on a forty-city lecture tour, Bisland avoided publicity. She gave no lectures, endorsed no products, and did not comment publicly on the trip. Instead, at the very height of her popularity, Bisland left the United States and sailed for Great Britain, where she lived the following year surrounded by London’s literary society. 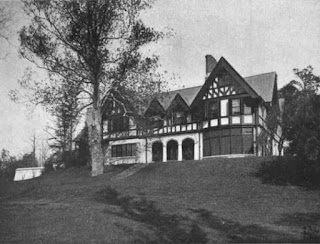 When she returned to New York, she married corporate attorney Charles Wetmore, and together the two designed and built an estate on Long Island they named Applegarth. At Applegarth, she became a highly productive writer of several books and essays, writing until her death. In one of her final collections of essays, she wrote “Toward Sunset” in which she observed, “That old age may be agreeable to others and tolerable to itself, no other equipment is so necessary as a vigorous sense of humour.” But old age itself, she was quick to point out, “is not an amusing episode.”

Marilyn Turk’s roots are in the coastal South, raised in Louisiana, moved to Georgia, then retired to Florida. Calling herself a “literary archaeologist,” she loves to discover stories hidden in history. She is the author of two World War II novels, The Gilded Curse and Shadowed by a Spy, and the Coastal Lights Legacy series set in 1800s Florida—Rebel Light, Revealing Light, Redeeming Light, and Rekindled Light—featuring lighthouse settings. Marilyn’s novella, The Wrong Survivor, is in the Great Lakes Lighthouse Brides collection. She also writes for the Daily Guideposts Devotions book.