Pentecost: The Prophetic Picture in the Fourth Feast

Since the posts I did on A Hebraic Perspective on the Last Supper in April and May seemed to be well received, I thought I’d extend the series to talk about another Jewish holiday that figures prominently in the New Testament: Pentecost, which took place earlier this month.

Growing up in church, I heard the term "Pentecost" quite a bit each spring, thanks to the important role this Jewish Feast plays in the Book of Acts. But I had only a fuzzy idea of what it was about.

Pentecost is the Greek name for the Jewish Feast of Shavuot, which is the fourth of the seven Feasts of the Lord (moedim, "divine appointments," מוּאדם) given in the Law of Moses. The three Spring Feasts come in a tight cluster, and include Passover, on which our Lord was crucified, and Firstfruits, on which He rose from the dead. Shavuot / Pentecost comes seven weeks after the Feast of Firstfruits.

Shavuot was the reason Jerusalem was filled with "devout men from every nation under heaven" when the Holy Spirit descended in Acts 2:5, and why Paul was rushing to reach Jerusalem in time for Pentecost in Acts 20:16. It was one of the three pilgrim feasts, which meant that all Jewish males were required to present themselves in Jerusalem.

In Torah, Shavuot/Pentecost was a harvest festival where the firstfruits of the wheat harvest were presented in the Temple.

In fact the Hebrew spring and summer involved a procession of firstfruits (ביכורים—bikkurim) celebrations, which would go on until the "Feast of Ingathering" (Tabernacles, the “Great Feast” in the fall).


Firstfruits of the Barley Harvest

The first of these annual first fruits celebrations was the one we call the Feast of Firstfruits, which took place during Passover week. It featured a "wave offering": a sheaf of barley was waved before the altar. 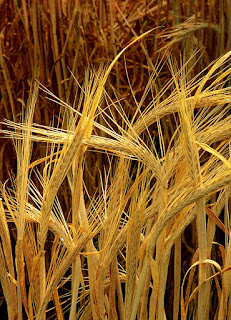 "The priest was to wave the sheaf before [the Lord], i.e., to present it symbolically to [the Lord] by the ceremony of waving, without burning any of it upon the altar." - Keil and Delitzsch Biblical Commentary on the Old Testament


This wave offering of the first fruits was a picture of Messiah! Our Lord’s offering was pure and undefiled. Nothing needed to be consumed on the altar before He could ascend to the Father. And to drive the point home:

"But now Christ is risen from the dead, and has become the firstfruits of those who have fallen asleep." (1 Cor 15:20)


If you study the Feasts, you’ll see how precisely Christ fulfilled this one by rising from the dead on this Feast! (More on this here.)


Firstfruits of the Wheat Harvest

The symbolism? The Jewish sages are stumped here, as this is the only time leavened bread was used in the Temple! But for followers of Yeshua, this is also clear.

"In the New Testament, wheat is symbolic of souls. Yeshua’s parables are rich with illustrations comparing the gathering of wheat with the salvation of souls.... These two loaves represent the Body of Messiah, which has sin. Why two loaves? The Body of Messiah is comprised of Jew and Gentile together, which is the fulfillment of Shavuot."- Rabbi Jonathan Bernis 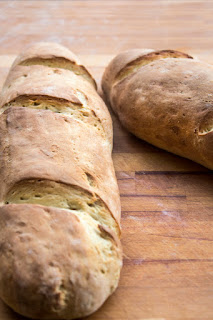 For He Himself is our peace, who has made both one... so as to create in Himself one new man from the two, thus making peace, and that He might reconcile them both to God in one body through the cross.... (Eph 2:14-16)

But now Christ is risen from the dead, and has become the firstfruits of those who have fallen asleep.... But each one in his own order: Christ the firstfruits, afterward those who are Christ’s at His coming. (1 Cor 15:20,23)

After Shavuot, throughout the growing season, farmers from the villages would stream into Jerusalem in festive processions, bringing first fruits of their individual crops to the Temple as per Deut 18:4: grain and fruit (fresh or dried), and even wool from their sheep. 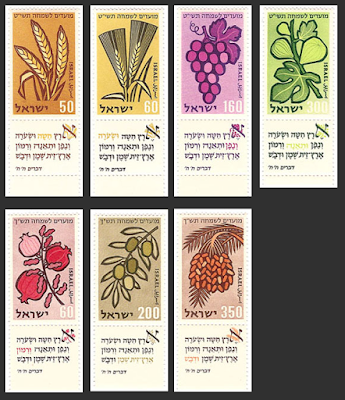 The seven species of ancient Israel.


would be presented as "first fruits."


All of this harvest-bringing would culminate before the joyful “Feast of Ingathering” in the Fall, also known as the Feast of Tabernacles, the “Great Feast,” or “season of our joy.”


In Jewish tradition, Shavuot commemorates the day God revealed His law to His people and they covenanted to obey it. (Ex 24:7) But as always, these shadows and copies in the Hebrew Scriptures find deeper expression in the new covenant. Check out these fascinating parallels: 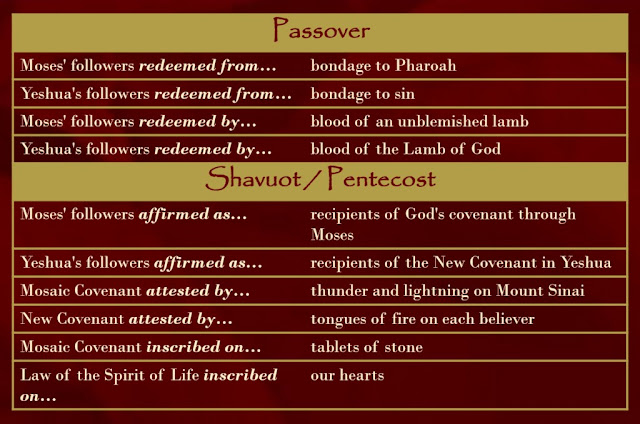 God delivered a people out of Egypt, but it was through the commandments that He established a nation, a community set apart unto Himself through whom the world would see the one true God. - Rabbi Jonathan Bernis


Similarly, through His death and resurrection Yeshua delivered His people from sin. But it took His gift of the Holy Spirit to make us His body, His church.

This illustrates why studying the Feasts of the Lord has taken on so much meaning for me. Because they demonstrate so clearly how thoroughly Jesus “did not come to abolish the Law, but to fulfill it.” (Matt 5:17) 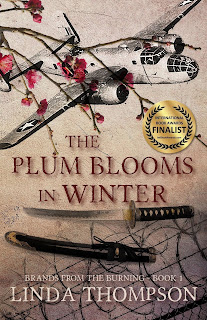 New news! My debut novel, which was inspired by a true WWII story, has recently been named a finalist in the International Book Awards (two categories) and in the Cascade Awards. :) I am so thrilled at where the Lord is taking this story!

Convinced that American war hero Dave Delham was responsible for the bomb that snuffed out her brother's life, Miyako resolves to restore her honor by avenging him--even if it costs her own life. But the huntress soon becomes hunted in Osaka's treacherous underworld. Miyako must outmaneuver a ruthless brothel owner and outwit gangs with competing plans to profit by her--only to confront a decision that will change everything.

I live outside Phoenix with my husband, a third-generation airline pilot who doubles as my Chief Military Research Officer. We share our home with our daughter, our son and daughter-in-law, a brand new grandson, and a small platoon of housecats. When I'm not writing, you'll find me rollerblading--yes, I know that makes me a throwback 😊--or catching a moonrise, or dreaming of my next trip. We recently returned from Israel and Wales.

Disclaimer: As an Amazon Associate I earn from qualifying purchases.
Posted by Linda Thompson at 12:30 AM