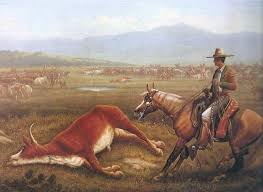 Americans love their cowboys. They've romanticized them in books, movies, and music. From Zane Grey's book Riders of the Purple Sage to the most recent cinematic offerings, cowboys have earned their place in American folklore.

The cowboy began in Mexico after the

Spanish arrived in 1519. The vaquero ruled the range and was a master roper and rider. By the 1800s, (particularly after the Mexican/American war,) the American cowboy began to replace the Hispanic and Native American vaqueros. Thus, was born a lifestyle that our nation would obsess about for centuries.

However, these rugged men of the saddle, able to withstand pounding rain, angry rattlers, and ugly rustlers are not this article's focus.

Nope! I wish to talk about the Singing Cowboy. The 1930s version with their squeaky-clean snap up shirts and their oversize guitars.


Movie magnate Herbert John Yates first saw the potential of cowpokes with guitars and bought up several small independent production companies to form Republic Pictures. This studio went on to make 956 feature films and 849 serial chapters from 1935 to 1959.

Ken Maynard established himself as the first singing cowboy in 1930 when he sang two songs in Sons of the Saddle. Bob Steele then began a series for a different studio in that same year. John Wayne followed with a grittier version as Singin' Sandy Saunders in Riders of Destiny. However, his voice had to be dubbed and it is said that this role was a continu

ous embarrassment to him when he would have requests to sing in public. Thankfully for us, the Duke went on to mold his career into the one we most love today.


Gene Autry, an already established singer, took over the reins from John Wayne and galloped his way into Singing Cowboy history, appearing in 93 films from 1934 to 1953. He made a near fatal (to his career) mistake, however, when he walked away from the studio demanding to make more of the profits. This left a gaping hole in the industry that a young newcomer, Roy Rogers, was quick to fill. The best part about Rogers was that he could sing as well as ride a horse, the latter being a skill for which Autrey had to take lessons. Rogers notched 100 film credits to his belt and earned himself the moniker, "King of the Cowboys."

A few more actors hopped on the bandwagon, Tex Ritter the most notable after his debut in 1936. He went on to record "Do Not Forsake Me Oh My Darlin'" which was the title-track song for High Noon (1952) that won an Academy Award for Best Music, Original Song for 1953.

In all, there were nearly two dozen singing cowboys in cinematic history from 1930 through the mid-1950s. These included James Newill, who portrayed a Canadian Mountie, and a woman, Dorothy Page.

The Singing Cowboy of the silver screen eventually faded and the two rivals, Gene Autry and Roy Rogers took their horses and guitars to the small screen, singing their way into America's heart via television.

I think it's worthy to note what is going on in U.S. history during the Singing Cowboy heyday. The stock market had just crashed in 1929, the dust bowl ravaged a large portion of the country, and prohibition ruled the land. I believe America needed the optimistic fringe-wearing cowboy to escape from reality, just as she would later need the swinging sounds of Glenn Miller and his contemporaries to soothe their pain during WWII. 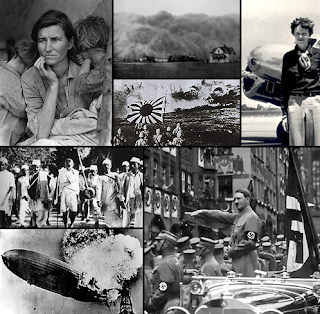 I hope to have given a proper tribute to the Singing Cowboy, here and in my novella, "Riders of the Painted Star." My own experience of this genre of movies comes from my father who watched westerns every Saturday when he was home (he was a long-haul truck driver) and later from my husband who wore cowboy boots when we met. I hope you, also, had fun reliving the Singing Cowboy era with me, and leave whistling "Don't Fence Me In."

Seven daring damsels don’t let the norms of their eras hold them back. Along the way these women attract the attention of men who admire their bravery and determination, but will they let love grow out of the adventures?

--Includes RIDERS OF THE PAINTED STAR by Kathleen E. Kovach.
1936 Arizona. Zadie Fitzpatrick, an artist from New York, is commissioned to go on location in Arizona to paint illustrations for an author of western novels and falls for the male model.

I'm very pleased to be included in the lineup on the Heroes, Heroines, and History blog. I replace the prolific Stephanie Grace Whitson and wish her well in her future endeavors. -Kathy 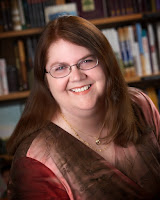