From "Help the Poor" to 'Trick or Treat"

Growing up, I never heard the phrase “Trick or Treat.” Our refrain as we went 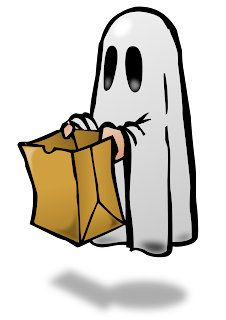 door to door was “Help the Poor” and, believe me, we weren’t kidding.  To prove it, we beggars dressed the part and were sure to sound appropriately mournful. I remember getting more coins than candy and that was fine with me.
Curious as to when “Help the Poor” became “Trick or Treat,” I did some research.
According to history.com, the early beginnings of Halloween can be traced to the ancient Celts, early Roman Catholics and 17th-century British politics. During the Celtic celebrations, banquets were prepared, and food left out to drive away unwanted spirits.
In later centuries, people began dressing up and performing tricks in exchange for food.  Christianity’s influence in the ninth century turned the pagan holiday into All Souls’ Day, a time for honoring the dead
The poor would go to the door of the rich and receive “soul” cakes in exchange for prayers for the dead relatives’ souls. Thus, began the tradition of “souling.” Later, children began going from door to door asking for gifts of money or food.

In Britain, Guy Fawkes day (or bonfire day) commemorated the foiling of the gunpowder plot. On that day, children would roam the streets asking for a “penny for the Guy.” Some early settlers brought the tradition to American in the 1840s.

The Scottish and Irish called the tradition of going door-to-door “guising.” Guisers would perform a trick, recite a poem, sing a song or tell a joke in exchange for a treat.

These early settlers brought the custom of souling and guising to the United States in 1800s, but it didn’t become widespread until the 1900s. However, the practices soon became a problem in some areas, as some rowdy boys took the tricks to extreme.

Oddly enough, no one really knows how the term “trick or treat” came into play. According to the Smithsonian website, the earliest known reference to the phrase was printed in the November 4, 1927 edition of the Blackie, Alberta Canada Herald.
“Hallowe’en provided an opportunity for real strenuous fun. No real damage was done except to the temper of some who had to hunt for wagon wheels, gates, wagons, barrels, etc., much of which decorated the front street. The youthful tormentors were at back door and front demanding edible plunder by the word “trick or treat” to which the inmates gladly responded and sent the robbers away rejoicing.”

The term “trick or treat” wasn’t fully established in American culture until the year 1951. The custom of going door to door for threats had been derailed by the sugar-rationing of World War II. Trick or treating might have gone the way of dinosaurs had it not been for the Peanuts gang. Following the release of three Halloween-themed comic strips, the popularity of the holiday became wide-spread.

A year later, even Donald Duck got into the act. The Trick or Treat cartoon featuring Donald and his three nephews was an eight-minute short that showed children the proper way to beg for candy. Thanks to Peanuts and Disney, today Halloween is one of America’s favorite holiday.

What early memories do you have of Trick or Treating?

"In classic "Hallmark" style, these great authors give readers a real holiday treat with three novellas set at the beautiful Star Inn, an iconic B&B tucked at the base of Mount Hood in Oregon." 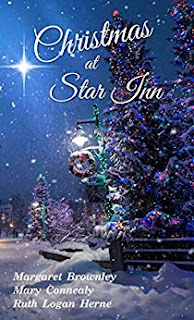