A Swinging History of Square Dance 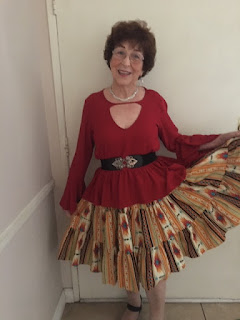 In a moment of madness, I decided to join a square-dancing class.  I figured it would be good exercise and wouldn’t be that hard to learn.  I mean how hard could it be to do-si-do?

Well, I got the first part right.  It is good exercise. I clock more than ten thousand steps during class. Dancing is also good for the brain. According to Psychology Today,research shows that dancing reduces incidences of dementia and Alzheimer's.

As for the easy part: forget that. Square-dancing requires memorizing hundreds of steps and learning a new language. The director told us that if we got lost, to just stand still and look confused.  Now That I can do. 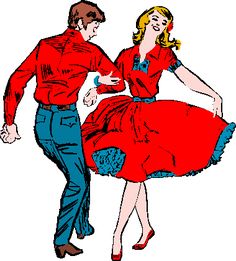 In spite of the challenges, the one thing I really enjoy is the courtesy. Call me old-fashioned, but I love the way partners bow and honor each other. Though dress is informal, almost everyone dresses up a bit, which adds to the fun. The best part? There’s no shortage of cowboys. Yee-haw!

The various square dance movements are based on the steps and figures that were used in traditional folk dances from different countries. Folk dances were originally gala occasions where news would be swapped, and courtships formed.

The early colonists brought popular folk dances from France, Italy and Britain with them. However, following the American Revolution, the British dances fell out of favor and the French dancing styles took over. Many French terms like “do-si-do,” “allemande” and “promenade” are still used in square dancing today.

The French were not satisfied with the long double line of an indefinite number of couples, so they concentrated on the square limited to four couples. These squares were known at first as "French contra-dances," or more simply as "French dances."

Dance historian Phil Jamison writes in his book, Hoedowns, Reels, and Frolics: Roots and Branches of Southern Appalachian Dance,  that in addition to European dances, African American and Native American dance forms contributed to the development of square dance.

The dances done in early America didn’t have a “caller,” or someone who yells out the moves to dancers. Rather, the expectation, Jamison says, was that dancers went to school, memorized the moves, then went to the ball. 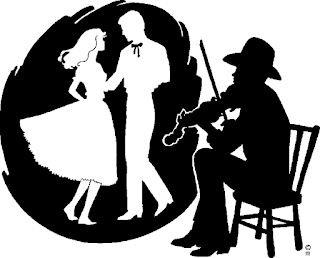 “Square dancing in those early days was done to live music that was almost always played by African-American musicians. It’s believed that many of these musicians became callers due to the gap in literacy and formal training among slaves of the time.”

Jamison says he found evidence of an African American caller dating back as early as 1819 in New Orleans. Other African American dance moves, instruments like the banjo and fiddle, and call and response traditions were also incorporated.

There have been several attempts to have square dancing designated the national dance but, so far, the efforts have been defeated.  However, according to The Smithsonian, thirty-one states now claim square dancing as the official state dance.

Though square dancing, as we know it today, is now an American dance, it’s popular the world over. S.Foster Damon wrote in his book, The History of Square Dance, “Square-dancing is greater than any one nation: it is democracy itself, in dance form. Can anybody think of a better way to spread the spirit of democracy?”


What new and exciting things do you have planned
for the New Year?

Marriage plans are put on hold in the Old West when four mail-order brides have second thoughts. How will their grooms win their trust? 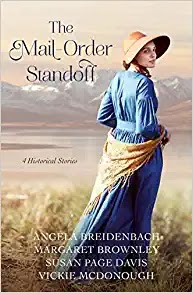