Her mind was as mystifying as the chaotic house she built. Each labyrinth of halls, more baffling than the previous. 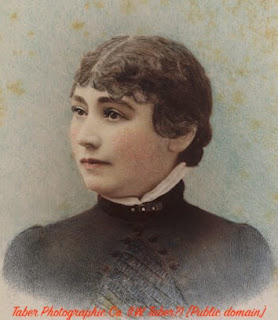 Sarah Lockwood Pardee was born in New Haven, Connecticut in 1839. On September 30, 1862, Sarah married William Wirt Winchester the only son and heir of Oliver Winchester owner of the Winchester Repeating Arms Company.

William and Sarah had a daughter, Annie Pardee Winchester, born on July 12, 1866 who passed away only five and a half months later from marasmus. They had no other children. Upon her husband’s death in 1881, Sarah inherited $20 million dollars and nearly 50% of the Winchester Repeating Arms Company stock.

Grieving from the loss of her daughter and husband, Sarah visited a medium who recommended she move west and told her she needed to keep building to appease the spirits of the numerous people the Winchester rifle killed over the years. Sarah moved and bought a two-story, eight-room farmhouse in 1884 near San Jose, CA and began “remodeling”. She called her home Llanada Villa. 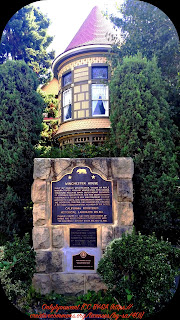 Upon her death on September 5, 1922, the hammers and saws were laid down and the remodeling finally stopped. 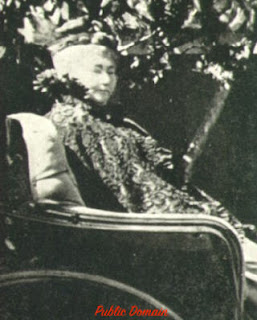 By then, the normal farmhouse had grown into a sprawling mansion of confusion without rhyme or reason. In the end, the residence measured 24,000 square feet.

In that space, the eight rooms had multiplied into 160. There were:
~~47 staircase (some leading to dead ends) 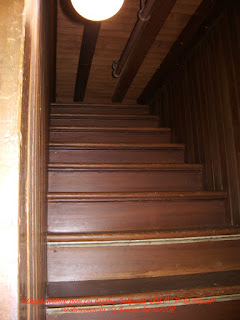 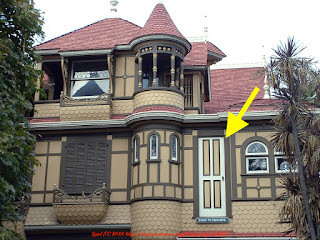 Maybe this door that leads nowhere was to confuse the ghosts. Perhaps, if one was to open this door from the inside, it would lead to Narnia.

Other doors opened up to a wall.

With all these additions, a network of rambling rooftops developed.
Sarah’s Llanada Villa became known as the Winchester Mystery House even before her death. 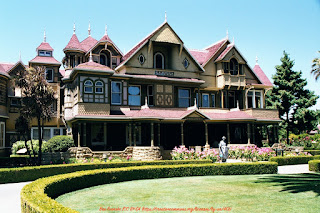 I haven’t had a chance to visit the Winchester Mystery House, but I really want to. It sounds so intriguing.

On the night of October 31, 1924, the famous magician Harry Houdini visited the house to debunk the claims of paranormal activity. By the time he left, he had more questions than answers and referred to it as “The Mystery House.”

In 2018, a movie was made of Sarah Winchester and her mystery house called Winchester, starring Helen Mirren. 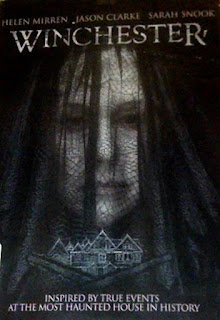 The websites used in my research hinted at Sarah’s obsession for the constant building of this bizarre house was to appease the ghosts of the multitude of people who were killed by the Winchester Repeating Rifle. She believed those people haunted her hence the reason for the constant construction and so many doors. She had many of the doors nailed shut with thirteen nails each. Whether you believe in actual physical hauntings or you think it was all in her head, Sarah was a haunted soul.

Was she simply crazy? Or was she haunted by restless souls?


THE DAUGHTER'S PREDICAMENT (Book 2 in the Quilting Circle series )