Origins of the U.S. Secret Service, + a Giveaway

While the United States Secret Service (USSS) is one of the oldest federal law enforcement agencies in America, dating to the Civil War. While the Secret Service is known today for providing protection to the President and his family, part of the Department of Homeland Security, it was originally part of the Treasury Department, founded to combat counterfeiting of American currency.
Before the Civil War, American money was much different than it is today. Over a thousand individual banks issued their own bills, called banknotes, and government paper currency was limited to Treasury notes, fractional currency, and postal currency, which could be redeemed for postage but was also used as money. During the Civil War, the federal government also introduced "greenbacks" as national currency, but banknotes and other currencies were still in circulation after the war.

With so many varieties of currency, it wasn't hard to create fakes to fool the unsuspecting. The US Marshals Service was tasked with curbing counterfeiters along with their other duties, and hired detectives to assist--Allen Pinkerton, for example. But in the meantime, an estimated third to half of all currency in circulation in America was counterfeit, which created problems to the national economy.
In 1865, Secretary of the Treasury Hugh McCulloch advised President Abraham Lincoln to establish an agency to combat counterfeiting, and President Lincoln signed the paperwork on April 14, 1865, the very day he was assassinated at Ford's Theatre in Washington, D.C.

While the idea of creating an organization to provide presidential protection was discussed after the assassination, it was not originally part of the Secret Service's role when it was officially begun on July 6, 1865 under its first chief, William Wood. National Headquarters were established in the Treasury Building in Washington. Operatives were hired primarily for their experience as detectives.

Operatives were not paid particularly well for their services, and they were expected to write daily reports to their superiors. They were well versed with the world of counterfeiting and its techniques, which varied from engraving to painting replica bills, a time-consuming process.

By all accounts, the Secret Service was an immediate success, but it had a large job to do. Budgetary restrictions capped the number of agents employed, and some operatives were responsible for enormous districts that spanned several states. Within two years, the Secret Service's responsibilities broadened to include other frauds against the government, from battling smugglers to investigating the Ku Klux Klan.

The Secret Service created rules to help with investigations that influenced law enforcement procedures. Suspects were often photographed by professional photographers after arrest, and operatives recorded identifying details about the suspect as well as the arrest and investigation.

In 1869, the chief, Hiram C. Whitley, granted permission for operatives to obtain badges if they so wished, but they weren't issued until 1873. Alas, there is no information as to what these first badges looked like, but a the 1875 design remains. The star's five points each signify one of the agency's core values: justice, duty, courage, honesty and loyalty.

In 1890, the badge was redesigned so the smaller size would fit easier into the agents' commission books.


While the Secret Service continued to fight currency and other frauds, two more presidents were assassinated: James A Garfield (1881) and William McKinely (1901). It would take another 36 years before the Congress gave the Secret Service the job of protecting the President, although in 1902, there were just two agents assigned to this particular task.
The role rapidly expanded and today, it's what the Secret Service is known for more than any of its other responsibilities. Additionally, American currency has many security features to make counterfeiting far more difficult than in years past.
Today, counterfeit money comprises about 0.01% of American currency.
*** 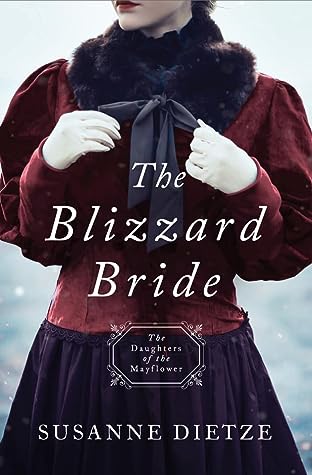 Abigail Bracey arrives in Nebraska in January 1888 to teach school…and to execute a task for the government: to identify a student as the hidden son of a murderous counterfeiter—the man who killed her father.

Secret Service Agent Dashiell Lassiter wants to protect Abby, but when a horrifying blizzard sweeps over them, can Abby and Dash set aside the pain from their pasts and work together to catch a counterfeiter and protect his son—if they survive the storm?

Have you ever been in a snowstorm?

I'm giving away a copy to one person who comments before 11:59 am February 4, 2020, PST. Winner announced here. US-only, please. Void where prohibited.