The Unsung Heroes of the 1925 Diphtheria Epedemic

On this day in 1925, the town of Nome, Alaska received the much needed serum that dozens had risked their lives for. This serum was dispatched in response to an epidemic that was killing many children in the village. Most of us have heard this story as the daring rescue of a musher named Gunnar Kaasen and his lead dog Balto, but that isn't the full story.


Curtis Welch was the only doctor in the town of Nome and the surrounding area. He was staffed with 4 nurses at a 25 bed hospital. What first appeared to be tonsillitis quickly developed into diphtheria and began claiming the lives of many children. By the end of January, there were 20 confirmed cases, and 50 more at risk. In a district of around 3,000, that is an alarming number, especially knowing how contagious the disease is. The doctor set up a quarantine and sent the following telegram begging for help.


An epidemic of diphtheria is almost inevitable here STOP I am in urgent need of one million units of diphtheria antitoxin STOP Mail is only form of transportation STOP I have made application to Commissioner of Health of the Territories for antitoxin already STOP There are about 3000 white natives in the district.

The people in Nome, especially children, were in great need of the antitoxin, however the only way to get the medicine from the city of Nenana, where it had arrived by airplane, was to transport it by dog sleds. The problem was that 674 miles of harsh wilderness laid between the dying children and the serum, and time was running out. That would be a tough journey for dog sledders even in the best conditions, and there was a ground blizzard making it a deathly challenge.

Contrary to popular belief, Balto and Gunnar Kaasen did not travel the entire way. In fact, they were just one of 19 sled teams that traveled the average distance of 55 miles. Each of these teams, and their dogs, were vitally important to the success of the relay. However it was Balto who received the commemorating statue in Central Park. Why? Because Balto and Kaasen made the last leg of the journey.

Although there were 19 teams that traveled an average of 55 miles, there were 20 teams involved in the relay. Time Magazine wrote:


“the dog that often gets credit for eventually saving the town is Balto, but he just happened to run the last, 55-mile leg in the race. The sled dog who did the lion's share of the work was Togo. His journey, fraught with white-out storms, was the longest by 200 miles and included a traverse across perilous Norton Sound — where he saved his team and driver in a courageous swim through ice floes.”

Togo was the lead dog for a team led by Leonhard Seppala. Seppala is recognized as one of the best mushers of all time. Originally from Norway, he immigrated to Alaska and became a dog sled racer. He also began to breed dogs and is known as the man who introduced Siberian Huskies to the American public. Not only was Seppala a talented and experienced musher, he was brave, daring, and fast. He and his teams had won the All Alaskan Sweepstakes for 3 years in a row.  It was Seppala and his team led by Togo that made the greatest part of the serum relay-about 267 miles. The true fame of the rescue belongs to them, not Balto.

The story of Togo and Seppala is portrayed very well in the new Disney film, Togo.

After the serum relay in 1925, Togo and Seppala recovered from the journey and lived happily for several years until Togo was euthanized at age 16. Seppala had him custom mounted. Togo's form is now kept in the Iditarod Trail Sled Dog Race Headquarters museum in Wassilla, AK.
As for Seppala, he enjoyed sled dog racing for many  years until he died at the age of 89. 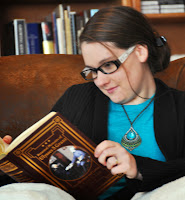 Amber Schamel is the author of Solve by Christmas, and the two-time winner of the Christian Indie Award for historical fiction. She writes riveting stories that bring HIStory to life. Her passions for travel, history, books and her Savior results in what her readers call "historical fiction at its finest".  She lives in Colorado Springs, Colorado as a very happy newlywed. Amber is a proud member of the American Christian Fiction Writers Association. Visit her online at www.AmberSchamel.com/ and download a FREE story by subscribing to her Newsletter!
Posted by Amber Lemus at 12:00 AM