After reading that William Shakespeare wrote some of his most masterful plays while quarantined for the Bubonic Plague, I felt hopeful that the muse would also favor me.  Sad to say, brilliance has thus far escaped me.
Though Shakespeare supposedly wrote King Lear and Macbeth while quarantined, the most creative thing I’ve done since hunkering down is write a note to my gardener.
Shakespeare wasn’t the only one who was productive during the Bubonic Plague. Quarantine allowed Isaac Newton time to sit around and watch apples fall from a tree.  As you know, this led to his theory of gravity.
The plague also inspired Leonardo da Vinci to design a city that he believed would prevent future diseases from spreading.  Considered radical at the time, many experts believe his ideas are worth considering today. 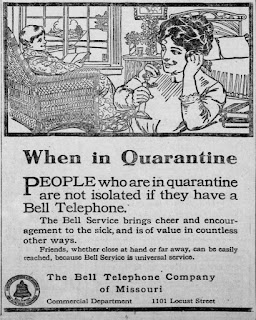 Mark Twain seemed to have escaped quarantines, but upon visiting Europe during a cholera epidemic he had to be fumigated before leaving the ship.  He wrote “There was no light, there were no windows, no ventilation. It was close and hot. We were much crowded. It was the Black Hole of Calcutta on a small scale. Presently a smoke rose about our feet-a smoke that smelled of all the dead things of earth, of all the putrefaction and corruption imaginable. We were there five minutes, and when we got out it was hard to tell which of us carried the vilest fragrance.”
Not all pandemics were created equal. Few writers bothered to write about the 1918-1919 Spanish flu epidemic.  Katherine Anne Porter included it in Pale Horse, Pale Rider, but she was one of the few. Most writers at the time considered World War 1 far more exciting to write about.
Even Ernest Hemingway hardly mentioned the flu in his work and there could be good reason for that.  Not only was he quarantined with his wife and sick toddler, but also his mistress.  You can hardly blame him for wanting to forget the whole thing. 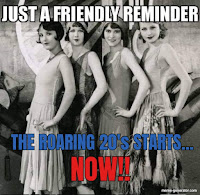 The question on everyone’s mind back then as now, is what happens next? A look back in history shows that pandemics inevitably led to change--much of it positive.
Following the Bubonic Plague, the sense that life was fleeting had many Europeans seeking solace in art, literature and music. This led to the great Renaissance.
The Spanish flu was responsible for many advances in healthcare, and that's not all; The epidemic preceded one of the most vital periods of wealth, change and innovation in America.  We know it as the Roaring Twenties.


If history really does repeat itself, we, too, might have our own Roaring Twenties in the not-too-distant future. That’s something to smile about.

The one thing I've learned during isolation is that the more time I have, the less I get done.  What have you learned so far?

Coming in May:
He may be a Texas Ranger
But he only has eyes for the outlaw's beautiful daughter... 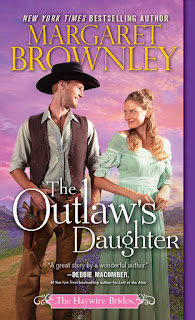