The Legacy of a Writer 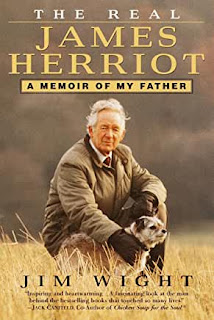 Elaine Marie Cooper I’ll never forget hearing the news in 1995 that my favorite author, James Herriott (Alf Wight) had passed away. My heart sank as he was the one writer I had hoped to meet in person one day. My opportunity had slipped away forever. Good writing has that ability to connect reader and writer in a relationship both unique and loyal. Through an author’s words, readers are led on a series of emotions that can run the gamut from fear to joy to tenderness. It is, to me, a special bond. 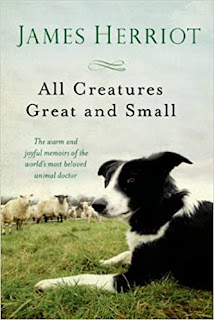 Alfred Wight (James Herriott was his pen name) graduated from Glasgow Veterinary College in 1939. It was an era without benefit of modern treatments such as antibiotics to kill infections. It was also an era that led to the outbreak of war against Germany. Herriott managed to weave the historical aspects into the stories that he shares which captivate reading audiences. Herriott (Wight) practiced veterinary medicine for nearly fifty years. When I picked up a copy of Herriott’s first novel, All Creatures Great and Small, many years ago, I was spellbound. Totally enraptured by the 1930’s era story of the young vet hired by a country practice in the hills of Yorkshire, England, who could not relate to the new graduate’s sense of feeling like a fish out of water? The city vet meets the mud and challenges of large animal practice while trying to not make a fool of himself. Of course, he often makes a fool of himself, which only endears him to us more. Herriott painted such vivid word-portraits of the surrounding countryside as well as the intriguing characters, that each chapter flowed easily into the next. When the sequels emerged, I was first to purchase each one, eagerly anticipating more adventures of the country vet, his friends, and the animals that grew to touch us in so many heartfelt ways. I cannot recall just how many chapters left me either in laughter or tears.
I was not the only loyal fan of the Herriott books. A series was created for television and lasted for several years. Audiences tuned in faithfully, viewing reruns over and over. That first series was filmed in 1978. 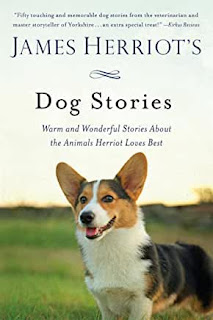 Imagine my joy to discover that a whole new series based on the books is soon to be presented on PBS. I am delighted to watch the tales (and tails!) all over again. The power of words. They transport us to times past that seem to be lost to the ages yet bring us renewed understanding of the lives who came before us. But the true power of words is their ability to envelope us in the common human condition that brings both joy and sorrow. It takes a special author to infuse those feelings through the words and into our hearts. Well done, James Herriott. Elaine Marie Cooper has two historical fiction books that released in 2019: War’s Respite (Prequel novella) and Love’s Kindling. They are the first two books in the Dawn of America Series set in Revolutionary War Connecticut. This series will re-release with a new publisher beginning in 2021. Cooper is the award-winning author of Fields of the Fatherless and Bethany’s Calendar. Her 2016 release (Saratoga Letters) was finalist in Historical Romance in both the Selah Awards and Next Generation Indie Book Awards. She has been published in Chicken Soup for the Soul and HomeLife magazine. She also penned the three-book historical series, Deer Run Saga. Her upcoming release, Scarred Vessels, is about the black soldiers in the American Revolution. Look for it in October 20, 2020. You can visit her website/ blog at www.elainemariecooper.com
Posted by Elaine Marie Cooper at 1:30 AM