A Man Named Lionel—and a Train

By Kathy Kovach
November is a busy month! Americans celebrate Thanksgiving and hold elections, writers have NaNoWriMo (National Novel Writing Month,) and of course, there’s my birthday! But a little-known recognition also happens in November—National Model Train Month. Thirty days to give in to one’s passion freely.

Model trains, not to be confused with toy trains, have been around a lot longer than I realized. I thought they started with the Lionel train, the brand being the quintessential ideal of to-scale locomotives, box and passenger cars, and layouts. More on that in a minute. 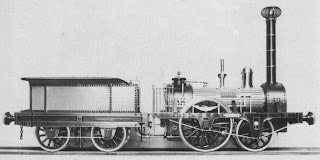 Actually, long ago in 1784, designers began with miniature versions of the locomotives that they would later build and use as guides during initial production. In this way, they could see the mechanics and moving parts before tackling the big boys. Yes, model trains have been around longer than the actual trains themselves.

Then came a young boy born in 1877 named Joshua Lionel Cowen. His parents were Jewish immigrants who came to America shortly after the Civil War. Joshua, the eighth of nine children, had a gift. At age seven, he built his first train and powered it with a wet-cell battery.

A bright boy, he entered the College of the City of New York at the age of 16. Within six years, he received his first patent for a device that ignited a photographer’s flash, was granted a defense contract from the United States Navy to produce mine fuses, and started his own company with partner Harry C. Grant, calling it the Lionel Manufacturing Company in New York.

His gift didn’t lie so much in invention, however, as it did in marketing. With a passion for trains that never left the seven-year-old inside of him, he received the patent for his model train brand in 1899. With train and track in hand, he sold the Electric Express to a store in Manhattan, convincing them that it would draw attention to the merchandise they were selling for Christmas. The store owner came back and ordered six more because the customers wanted to buy the display. 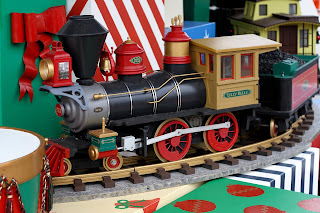 By 1902, model and toy train manufacturing became Cowen's focus, and he started the Lionel Corporation. Model trains and layouts are for collectors, being more detailed in design. Toy trains are for the child who lays on the floor with his train and tries to keep the cat from knocking it off the tracks. 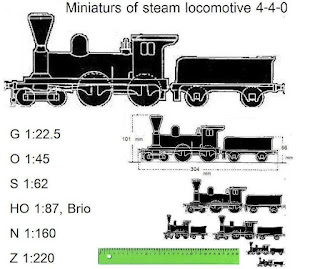 Currently, there are different standard scales depicting various sizes of models. Ranging from the G scale, a large garden-sized train standardized in the 1960s, to Z scale, (1972), tiny enough to fit on a coffee table. The letter Z was chosen because it was the last letter of the alphabet, and it was thought that no smaller scale could be achieved. My husband, a huge enthusiast, prefers HO scale, which started in Europe but became popular in America around the mid-1930s.

Christmas and trains are synonymous, largely in part thanks to Joshua Lionel Cowen’s marketing efforts. In their prime, the 1950s, Lionel pulled in a quarter of a million dollars per year. 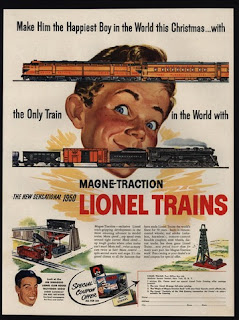 Did I mention my birthday falls during Model Train Month? But if I’m gifted one, my husband and grandson would be sure to abscond with it. And that’s okay. Their smiles would be gift enough for me.