Have any of you seen the movie, Far and Away with Tom Cruise and Nicole Kidman? I love it because it gives such a clear idea of what would drive a person to surrender everything they’ve ever known and travel across the ocean in hopes of a new life and free land during the Oklahoma Land Rush of 1889. The hero and heroine come from very different backgrounds, yet when they dock in New York City, they’re on the same footing, broke, and with no place to stay except the tenements. My heart broke for the real-life immigrants who lived (and died) in those uninhabitable apartments, some barely thirteen by thirteen feet. So, when I was offered the opportunity to write a story surrounding a midwife in New York City, I knew just exactly where I’d find my heroine.

Immigrants from all over Europe flooded New York City in the early part of the nineteenth century, victims of the Irish Potato Famine or Revolution in Germany. Seeing a need, landlords bought up large row houses owned by more affluent families who abandoned the Lower East Side to move further north. Once the landlord owned a property, he would add additional floors then subdivided the rooms into smaller apartments. While the rooms in the front and back of the building had windows and ventilation, the inner.
Apartments were small, housing between thirteen to twenty people with men and women sharing the same room. If a person couldn’t afford the rent, they bedded down under the building or in the heat shaft with the numerous abandoned children or orphans on the streets. With no ventilation, poor sanitation, and overcrowded living spaces, disease ran like wildfire through the tenements. Five thousand lives were lost in the Cholera Epidemic of 1849, most from the immigrant population. Riots over the horrific living conditions and gangs made the areas unsafe, yet tenement reform didn’t begin until 1867 when landlords were ordered to have one privy for every twenty people. Oversight for these changes was difficult with landlords paying officials to look the other way.

Real reform didn’t come until Jacob Riis, a Danish-born writer and photographer published his book, How the Other Half Lives. An immigrant who had lived in the tenement housing himself, he wanted to bring the plight of the immigrants to the American people. The outcry was so loud, New York City officials conducted two studies on tenement housing and in 1901, passed the Tenement House Law which demanded improved sanitation, fire escapes, and access to light and air. With strict oversight, this law spelled the end of tenements as they were known. 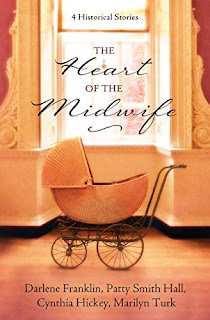 The Heart of the Midwife
If Not For Grace by Patty Smith Hall
New York City, 1889
After her friend’s death in childbirth, Grace Sullivan converts her family home into a haven for immigrant families preparing for the birth of a child. But when the city threatens to close her down, her only hope is to ask for help from an unlikely source—her former friend, Patrick O’Leary. 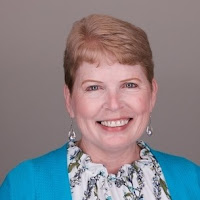 Multi-published author Patty Smith Hall lives near the North Georgia Mountains with her husband, Danny, her two daughters, her son-in-law, and her grandboy. When she’s not writing on her back porch, she’s spending time with her family or working in her garden.