Hello, HHH readers and writers! Though we may be acquainted online or personally, I am a new contributor to the blog, so my first post will help you to get to know me better as I touch on some national history that has stirred my curiosity in a personal way.
Last fall I commissioned my photographer daughter for some pictures of our back forty. She took this shot off the edge of our yard (which is the same view as my banner above, but that was taken in a different year). The shot is framed is an old window from our falling-down barn. In fact, that barn stands just feet to the left of the spot where she stood to take this, so it’s the very view you’d get if you were looking out from inside the barn. 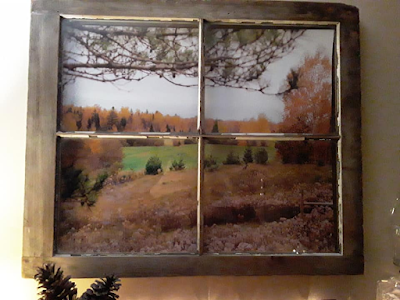 So why tell you this?
Because I’ve been thinking about the history of our property and land history in general. I had a suspicion that our property, like other acreage in parts of the Midwest (North and South Dakota, Nebraska, Kansas) may have been divided out under the Homestead Act of 1862 or one of the acts that followed. However, the more I search, the more this doesn’t seem to be the case for our place. Apparently, Wisconsin was a public domain state, meaning it was considered federal property. The government sent in land surveyors who divided the state up into 36 square-mile townships, and portioned out property in sections, making acreage for sale in the form of land patents. The first owner of a piece of property was called the patentee. When the property was sold to a private party, the document then became a deed. In viewing a 1911 map of land for sale by the Farmers Land and Cattle Company, Limited, it looks like our property was probably first sold under one of those patents. I still have to research our particular deed and abstract to figure out the details.
The Najt/Musch Farm
The first family to own our 160 acres was the Najt family from Czechoslovakia. They built the house in about 1915. When we began remodeling, we discovered crumbling Czechoslovakian newspapers used as insulation in the walls. They built the barn in 1930. Unfortunately, they brought in fill to create hillside approach to the hayloft. The dirt has since pushed in the northern foundation and will soon cause the demise of the entire structure. 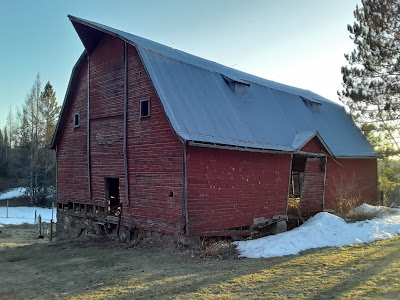 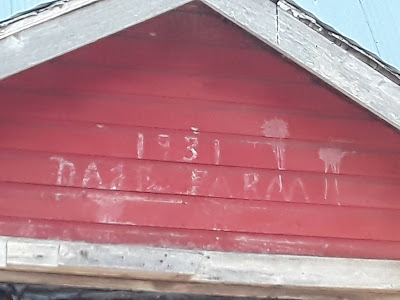 After the barn, they added the stone milk house, a beautiful little building. Those stones, as well as the stones of our basement, were gleaned from the property. We are fairly certain that the wood frame and most of the wall boards of the home were also milled directly from the building site. 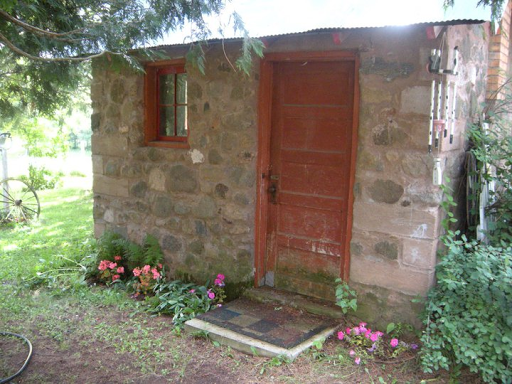 We bought our 150 acres almost 24 years ago in 1997. Out of the original 160 acres, ten on the corner were partitioned off and sold by the previous owners. We’ve enjoyed meeting many people over the past couple of decades who expressed memories of coming to our farm to work or go sledding on one of the big hills in back. Interestingly enough, we used to live only two miles away, where the land was flat. Until we came to the farm, we had no idea such big hills were hidden back here. Tractoring on those hills is a real challenge. I can only imagine what it was like to clear the woods off them.
Surrounding our property are thousands of acres of woodland, mostly owned by paper companies. In the ground is a lot of rock. Our farm fields are intermittent piles of fieldstone pulled up by former owners as well as by our boys when they plow. Every year, I clear more rocks out of my garden that are forced up by frost heaves in the spring.
Although our property was not carved out of the 1862 Homestead Act, the Najts were true homesteaders in every other sense. They took these wild acres and settled them into a beautiful farm from scratch.
ABOUT THE HOMESTEAD ACT
All my curiosity did get me to researching the 1862 Homestead Act. You may have watched movies or read novels about settlers homesteading in the Dakotas or some other prairie state, braving the terrible winters and invasive insects to stand firm on their piece of land for five years so that they could claim it as their own. That’s pretty much the gist of the requirements. Anyone could file a claim, as long as they were 21 years old or the head of the household—man, woman, black or white—as long as they had never raised arms against the United States. (Native Americans were not allowed to claim, unfortunately.) Those who wanted a claim only had to file an $18 fee, live on the land, and improve it—a 12x14 building was required, or trees needed to be planted—and the land became theirs. About 40% of the people who tried succeeded.
But why the Homestead Act? I found the timing interesting, given it was passed during the Civil War.
Up until the war began, there had been arguments over what was to become of all the unsettled property in prairies states and upper Midwest. Land-grant laws had been proposed by northern Republicans before the Civil War, but they’d always been blocked in Congress by southern Democrats who wanted those states open to purchase by slave owners. One such law that did pass in 1860 was vetoed by Democratic president James Buchanan. Republicans held that the federal lands should be made available to everyday folk who wanted to own their own, small farm.
When the south seceded from the union, the southern Democrats in congress went too, so Republicans passed the bill allowing anyone with gumption to get a piece of the land, build a home, and farm it. On May 20, 1862, President Lincoln signed it into law. A man named Daniel Freeman was the very first person to do so. On January 1, 1863, the day the act went into effect, Mr. Freeman, a union soldier, said that he was leaving for St. Louis in the morning (he may have been a scout), but he convinced a clerk to open the land office just after midnight so he could file a claim for a homestead in Nebraska.
In all, the U.S. gave away 27 million acres in 160-acre sections by way of the Homestead Act. (That figure makes my jaw drop!) Homesteading continued until 1976 except in Alaska, where it continued until 1986. (Gee, I was old enough to try it!) 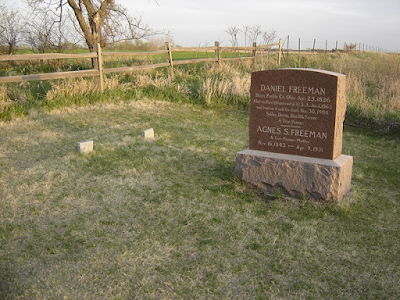 The graves of Daniel and Agnes Freeman at the Homestead National Monument of America – Note that his tombstone records him as a Soldier, Doctor, Sheriff, and Farmer. A True Pioneer.
I plan to continue to the search for our farm’s history. Since the days it was carved out of the wooded wilderness, it has been a dairy farm, a beef farm when my husband and I family raised beef, goats, chickens, pigs, and the usual menagerie of critters, and now under our sons' management, a whitetail deer farm and hunting preserve called Long Lake Farms and Long Lake Outfitters. The boys have rebuilt fences, pens, a barn, and replanted fields. It's had a total makeover! 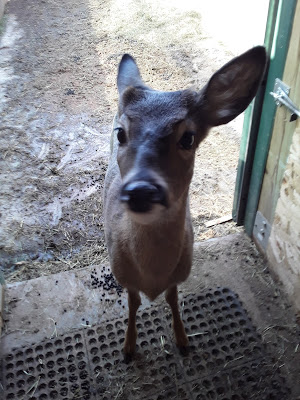 Meet Trip! He's a friendly yearling. He was born late in the season last year and has enjoyed some special attention. 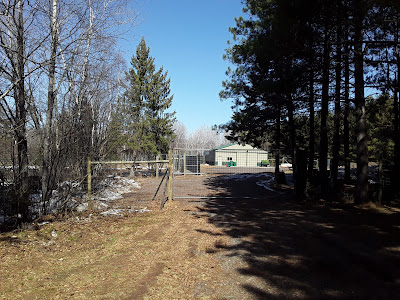 I hope you feel like we're better acquainted now. What history do you know of the place where you live, be it small or large, or whether it's in town or in the country? I'd love to hear about it!

I write historical fiction set in Wisconsin and the Great Lakes region. My most recent novel The Love Coward is a farm girl romance that takes place just after WWII. The story is set in the Mississippi River region in western Wisconsin. I'll be giving away a copy or two during Jenny Knipfer's Spring Garden Party held April 10th-11th on Facebook at "Journeying with Jenny". I hope you'll join me along with thirteen other presenters! 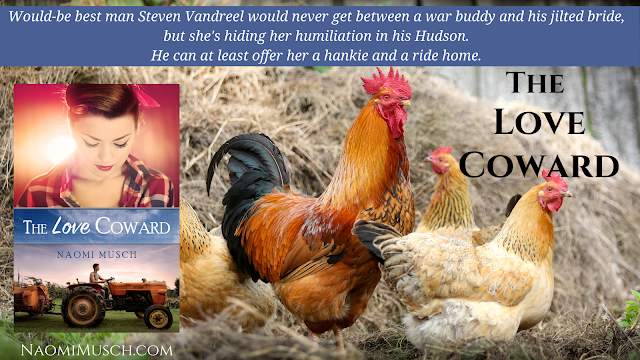