When I taught English years ago, I loved presenting lessons on unlikely heroes in literature. One of my favorite examples was Mrs. Dubose, the angry old neighbor in To Kill a Mockingbird. Readers of the book will remember that she exacted her punishment on Jem Finch for ruining her garden’s flowers by insisting he read to her every day for a predetermined amount of time. Jem noticed that their sessions became longer each day, but he honored his part of the commitment. Weeks after he’d finished his punishment, Jem discovered that Mrs. Dubose was dying and wanted to get off her pain meds by having Jem read to her a little bit longer every day. In a way, Mrs. Dubose sacrificed her last days on earth by choosing pain over addiction. That makes her an unlikely hero.

Rose Valland, on the other hand, was both a likely and an unlikely hero. Most people will not recognize her name, although she repeatedly risked her life to reclaim France’s art from Nazi Germany. No, she wasn’t beautiful or outgoing. Rarely does one see pictures of her smiling. Vanishing into the background was her forté and because of that and other admirable qualities, Rose Valland reclaimed most of the art stolen from Jews and museums in occupied France, and as a result, the work of Renoir, Dégas, Matisse, Monet, Van Gogh, Picasso and Toulouse Lautrec were not destroyed.

Rose was a curator of art at the Jeu de Paume museum in Paris, originally a tennis club turned into a storage place for Nazi stolen art during World War II. Unlike the classic art from the Louvre, Hitler considered the art housed in the Jeu de Paume ‘degenerate,’ so all the art was to be destroyed or sold to finance his new economy. Hermann Göring, Hitler’s right hand man, was the museum’s biggest customer. He made twenty trips to the Jeu de Paume, choosing masterpieces for his personal collection with the point of a finger.

http://www.jeudepaume.org/
What Göring didn’t know was Rose Valland had a photographic memory, understood German, and took copious notes of the paintings’ destinations. With her hair pulled back in a bun, her sensible shoes, and her spectacles, she presented an unassuming picture to the Nazi officers who frequented the building. What Göring also didn’t know was that Rose Valland would testify against him in the Nuremburg war trials, leading to his death conviction.
https://artchateau.com/Article.php?pid=20113

After the war, Rose would work with the Monument Men to find the art in Germany and beyond and reclaim it for the Jewish families and French museums. Ironically, much of the stolen art was housed in Bavaria’s Neuschwanstein Castle, the prototype of Disney’s Cinderella Castle. 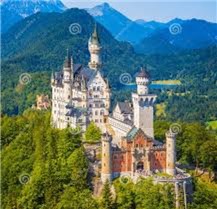 https://www.warhistoryonline.com/war-articles/neuschwanstein-holds-secrets-lost-art-work-beyond-fairy-tales-nazi-era.html
Rose received the Légion d’honneur award upon returning to France, and there’s a plaque on the wall of the Jeu de Paume honoring her contributions. Cate Blanchette played a character based on her life in the movie, The Monument Men. But most people have never heard of Rose. Why? Two possible answers come to mind. 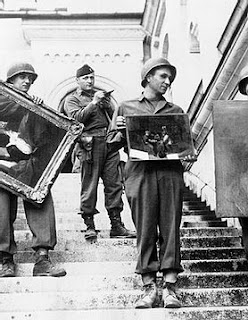 One, Rose Valland would have hated to be called a hero. She was a capable, fearless woman, but she would have eschewed any attention foisted upon her. After retiring, she returned to St. Etienne, her small hometown to live out her days.

Two, Rose Valland was a member of the French Resistance, but she didn’t save lives as the other members did. Her love and devotion was for art and art alone. Perhaps, in light of all the people who lost their lives in the war, it would have been inappropriate to focus on the return of art. 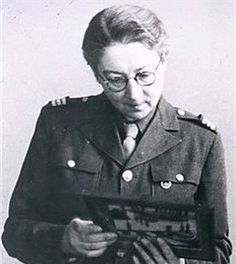