WHAT DO BREAD DOUGH, TABLECLOTHS, & PAPER HAVE IN COMMON?

Way back before eating utensils were invented, everyone ate with their fingers. Unless a person had very dry food, mealtime was a messy endeavor. People needed a way to clean their hands without wiping them all over their clothes. Enter bread dough. 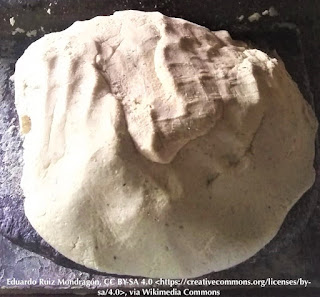 Yep. The Spartans in Ancient Greece had the smart idea to dab their ten little digits on dough to remove the grease. They called this dough-napkin-thingy apomagdalie. Each person had a small ball of the soft goodness to roll their fingers around on. At the end of the meal, the used dough would be given to the dogs.

Eventually, the dough-napkin was replaced with pieces of bread. As well as being a napkin, the Greeks used the bread as a sort of fork and spoon to eat their food. A tasty way to keep their hands clean. 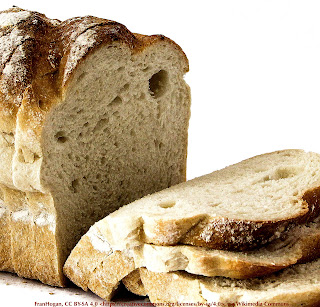 The Romans being a bit messier, even when eating with bread, laid out a swath of fabric called a mappa on the reclining cushions, which served to keep them free of food. The mappa was between the size of a large napkin and a small tablecloth.

In the Middle Ages, the napkin disappeared and diners were left to wipe their hands and face on whatever was handy; back of a hand, a sleeve, or piece of bread. During the Renaissance, individual cloth napkins called serviettes became important in fine dining. With these napkins came the art of folding them into the most elaborate things, including two-headed birds, dogs with fish bodies, and crabs. 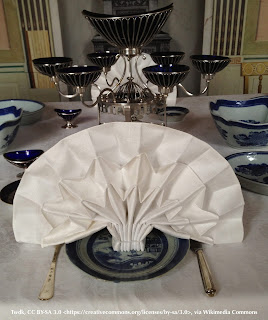 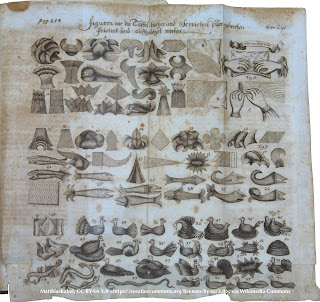 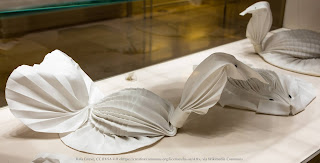 When cloth napkins were introduced, some people must have figured if one was good, three had to be better. This trio of napkins was about four-to-six feet by five feet. Doesn’t sound much like a napkin, maybe for the Jolly Green Giant. The first, called a couch, was placed lengthwise along the table in front of the master’s place. The second, a surnappe (“on the cloth”), was laid over the couch, indicating a place set for an honored guest. The third was a communal one for everyone else, draped like a swag on the edge of the table. In the following image you can see the people in the foreground sharing this large napkin. 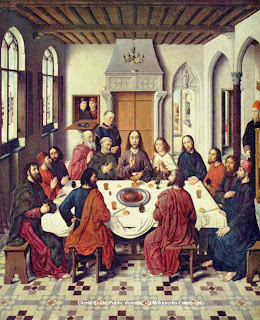 In the late 1770s, for a brief time, napkins fell out of favor, and guests were allowed to wipe their mouths on the edge of the tablecloth. This didn’t last long, and napkins were back to stay.

So then sometime in the 20th century, paper napkins were introduced, right? Wrong. 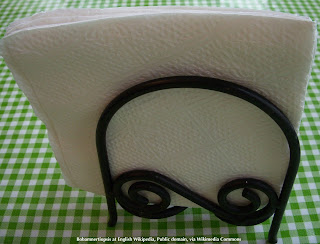 China had paper as far back as in the 2nd century BC and paper napkins, called chih pha, in the Tang Dynasty (618-907 AD), but they didn’t find favor in the western world. Although, in 1887, the British company John Dickinson Ltd. purchased Japanese paper napkins which featured delicately printed images (generally around the edge). Dickinson overprinted logos on them, turning them into souvenirs. They were a mix of delicate sophistication and commonly primitive images working together to advertise for companies. Paper napkin usage didn’t really take off in the US until the 1950s with the advent of fast-food restaurants popping up and people eating in front of the TV. Also, Emily Post’s pseudo-endorsement in 1948 helped. “It’s far better form to use paper napkins than linen napkins that were used at breakfast.” 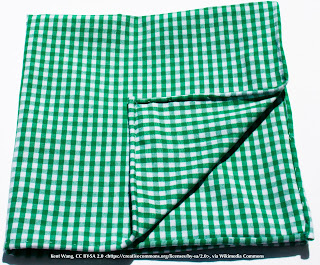 From bread dough to cloth to paper, napkins have had a checkered past.