Mother’s Day, although past for this year, has a long and varied history. Attributed to the ancient Greeks and Romans, the celebration of their mother goddesses Rhea and Cybele is believed to be the first references to setting aside a specific day to remember and honor the contributions of not only goddesses but also of the women in our lives.

Early Christians, wanting to reach these pagan cultures, initiated their own festival called “Mothering Sunday”, designed to draw believers and seekers alike into local churches or ‘mother church’, and was held on the fourth Sunday in Lent.

As with most religious celebrations, eventually secularism took hold. In the 1860s, Ann Reeves Jarvis started “Mothers’ Day Work Clubs”, where women were taught the skills needed to maintain their households, including cooking, cleaning, sewing, needlework, child-rearing, and so more. Following the Civil War, the group changed its name to “Mothers Friendship Day”, where women from both sides of the conflict were encouraged to befriend each other in hopes of aiding the country to reunite.


By 1870, Julia Ward Howe, with an eye on world peace, instituted her Mothers Day Proclamation and set June 2nd as the date for the celebration of the work of the women in her group.

In 1905, Ann Jarvis died, and her daughter, Anna Jarvis, who never married, worked tirelessly to set aside a day each year to honor the sacrifices made by women for their children and their families. By 1908, the day was being celebrated in many towns and states, often with the support of a local department store. In 1912, the government officially set aside the second Sunday of May as Mother’s Day.

However, by 1920, Ann Jarvis was disgruntled at the commercialization of the holiday, and spent the rest of her life (she died in 1948) trying to undo all her hard work.

Today we celebrate Mother’s Day with cards, flowers, gifts, and oftentimes a day off from cooking and other household chores.


Celebrating Around the World

In Thailand, the day is celebrated on the birthday of the current queen, which currently is in August.

In Ethiopia, a multi-day celebration is held in early Fall.

No matter its source or how you celebrate, mothers are certainly important. None of us would be here without a mother. And regardless of the number of children borne, mothers are molders, those tireless individuals who fashion us into the productive adults we all strive to become. As women, we all have an important job to do—setting the example for the next generation, and teaching other women how to fulfill their God-given calling to impact and change lives. 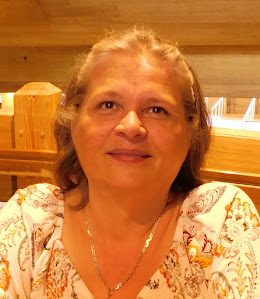 Donna lives in Denver with husband Patrick. As a hybrid author, she writes historical suspense under her own name, and contemporary suspense under her alter ego of Leeann Betts, and has been published more than 30 times in novellas, full-length novels, devotional books, and books on the writing craft.


www.HiStoryThruTheAges.com Stay connected so you learn about new releases, preorders, and presales, as well as check out featured authors, book reviews, and a little corner of peace. Plus: Receive a free ebook simply for signing up!