In a drive across the country, you can almost determine the era of settlement by the style of the area’s old barns. I first noticed this when driving east as a much younger gal. Suddenly the gambrel roofs more common in the Midwest were giving way to oft-seen gabled rooves of “Yankee barns”, and now and then I saw a brick barn. 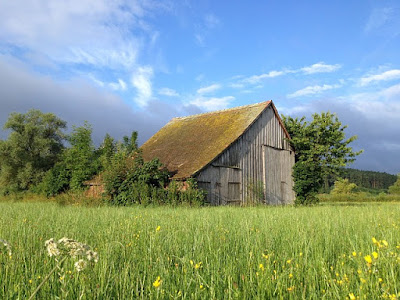 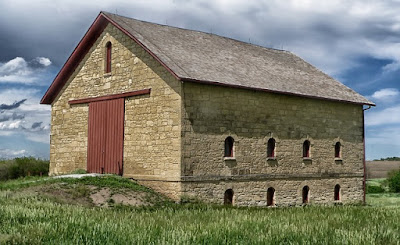 Nebraska Stone Barn - Image by David Mark from Pixabay
I learned later on that barns have a history of being built by whatever the farmer had on hand, so there a lot of log barns still standing also. Just like old log houses, some log barns were later sided over with other construction materials. Then again, many regions have barns that reflect the style of other countries from which the immigrants came who settled there. 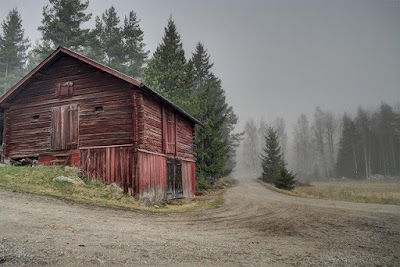 Swedish Log Barn - Image by Richard Taimalie from Pixabay
In earlier periods, farmers didn’t bother painting their barns, not for looks anyway. But by the late 1700s, as they searched for ways to preserve them from the elements, they started mixing their own barn paints. American “Barn Red” wasn’t chosen because of any aesthetic reason, but because mixing skimmed milk, lime, and red iron oxide (which prevented mold and moss and had a red tint) created a coating that was resilient to weather. It would harden and last for years. At some point they added linseed oil which absorbed into the wood and preserved it even better. 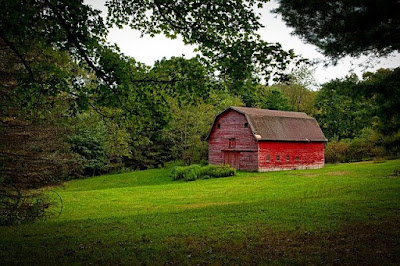 Gambrel Roof Barn in American "Barn Red" - Image by David Mark from Pixabay
As time wore on, paint companies began developing paint specifically formulated for barns, and red remained the color of choice. But when whitewash became cheaper, the country started sprouting more white barns.
Like color, barn styles also changed with the times. The earlier use of gable-styled roofs gave way to gambrel as farmers realized that the loftier-shaped ceilings would provide much more room for storage up above and better air circulation, resulting in improved animal health as well as good ventilation for stored hay and other crops. Sometimes the shape of a barn was determined by the type of crop to be stored or the animals raised or even the machines to be parked inside. To access upper levels, some barns were built into hillsides so that farmers could drive right up into the loft. They termed these “bank barns”.

Farmers even experimented with round barns. Round barns never caught on, even though they might now be considered models of efficiency. Stalls faced inward, so that animals could eat from one central feeder, with hay and feed being dropped down from above. It was also an airy structure, providing good ventilation. For prairie farmers, round barns were stronger, better-able to withstand high winds. Farmers are often characters stuck in their ways, however, and the round barns were generally mocked. You can still find one standing and in use here and there. 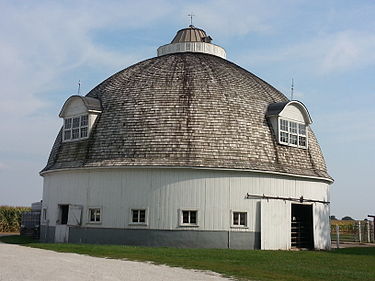 Raymond Schultz round barn in Illinois, on the national register of historic places. 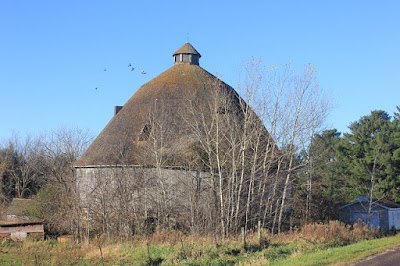 Midwestern Round Barn Fading Away - Image by Loren Elkin from Pixabay
Unfortunately, we’ve lost a lot of the old barns as time has worn on. On our farm, our old barn is on its last days and is no longer safe to use. It was one of those huge gambrel-styled, "bank barns" built into a hillside without drainage to move the water around it. Over time, the hill has pushed in the rock foundation. Now the walls are bowing out, and the crash is inevitable. We've been trying to salvage barn board as we can. 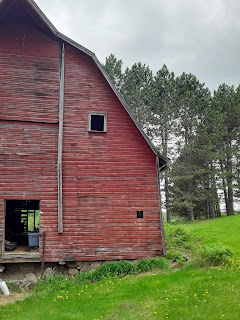 We'll miss our big red barn full of memories when it's gone.
Nowadays, most new barns are built of steel, and the equipment inside is run with the most modern technology. Even my own boys built a new barn--equipped with an office, medical room, and all the efficiency needed to move their animals and store their feed. And the color? Not red, but olive and forest green. 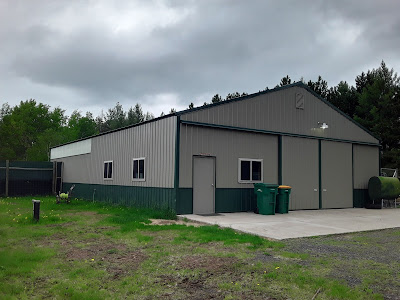 New Steel Pole Barn built by the Musch boys' on Long Lake Farms in 2016
What are the most commonly seen barns types where you live? Do you ever see any of the old round barns? Do you have a barn? Have you seen old barns near you painted in unusual barn colors, like blue or green?
In my novel The Love Coward, I picture the Johanson barn to be a smaller, gambrel-style structure, but it's not specifically described. I wonder how readers would picture the barn where Tulla has a milking race with a new friend. If you read that story, drop me a note and let me know what you see in your mind's eye.
This month I've been blessed to sign a new book contract for a WWII story that takes place on another farm in Wisconsin, where German prisoners are sent to work. The working title for the story is Season of My Enemy. In that novel, I picture more of a pitched roof, gable-style barn. I don't know why or how these images come to mind, but suddenly they exist, and I proceed with that mental picture as I write. It's such a fun process! Look for that novel to be released from Barbour in their Heroine's of WWII series almost exactly one year from now. 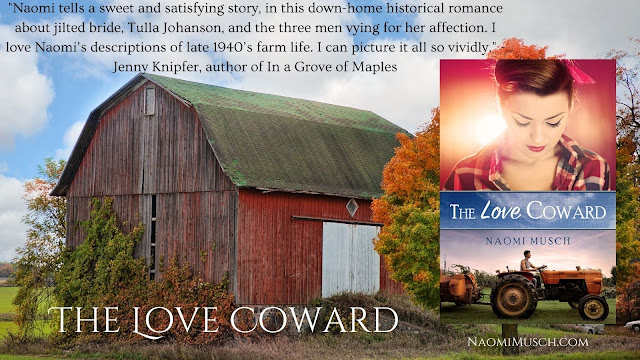 THE LOVE COWARD is available on Amazon and Kindle Unlimited
Until next month,
Naomi
Posted by Naomi Musch at 6:00 AM