If you’ve ever watched shows or read books on any true crimes, you’re probably familiar with the fact that sometimes, truly terrible people live double lives. In one facet of their lives, they appear perfectly normal—loving husbands and fathers who hold decent jobs and serve in their churches or civic groups. They sit on the PTA at their child’s school and socialize with their neighbors. But in another facet of their lives, they are cold-blooded killers who commit absolutely heinous crimes that terrorize the community, state, or even the nation.

Stephen Dee Richards, who modern-day author and forensic psychologist Katherine Ramsland has dubbed “The Old West’s Ted Bundy,” was just such a man. 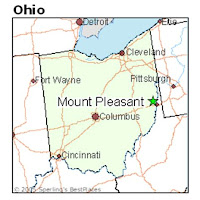 Richards was born on March 18, 1856 in Wheeling, West Virginia, though his family
headed to Ohio when he was six. They moved several times within the state but eventually settled in the Quaker village of Mount Pleasant when Stephen was eleven. There, his devout Methodist mother made sure he (and several sisters) attended school during the week, as well as church on Sundays, and he also worked alongside his father on the family farm. By all appearances, it was a normal childhood.

However, there was a dark side brewing in the young man. By his own admission, he tells the story of a time when, as a boy, “I was sent out to kill a litter of kittens, and I did it by striking their heads against a tree—smashing out their brains, one by one. I didn’t feel bad about it at all—it was fun.” By today’s standards, many would recognize that as a chilling sign of a possible serial killer in the making, but the science of criminal profiling didn’t come about until Jack the Ripper came on the scene nine years later. I’m sure that admission would have turned the stomachs of any who heard it, but at that time, they couldn’t see the recipe for disaster it truly was.

The year Stephen turned fifteen, his mother passed away of an unknown cause. For the next five years, he worked for local farmers and others in the community. This was also when Stephen became pen pals with various men of the criminal persuasion. In his confession, he admits, “I opened correspondence with a number of bad men in the West, among whom were notorious desperadoes. I also began to pass counterfeit money, which I got off a New York man through one of my acquaintances.” His life of crime had begun.

By the time Stephen turned 20, he’d fallen in love with a young woman in Mount Pleasant. All that is known about her is her name—Anna Millhorne—and that Stephen described her as “a virtuous young lady.” They were engaged shortly before he went West “to seek his fortune”, and during the years after his departure Stephen wrote to Anna often. He confesses that “I may say that I loved her; at any rate, I loved her as much as I can love any one.” Unfortunately, the love of that virtuous young lady would not be enough to keep Stephen on the straight and narrow. 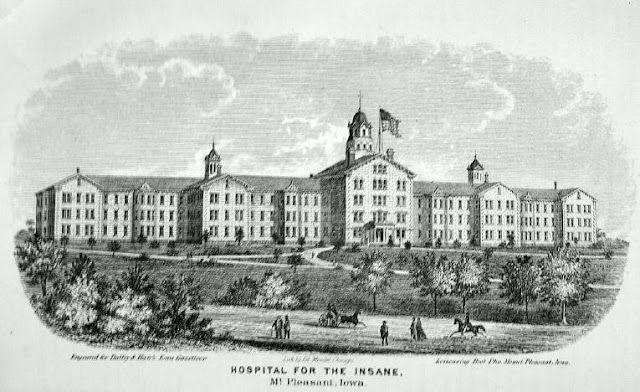 In February of 1876, Stephen left home with no particular destination in mind. Rather, he said he “wanted to see the country and live easy and avoid work.” So he began making the rounds of some of the men he’d been corresponding with. For a short time, he visited friend after friend, traversing the countryside before he eventually landed in Mount Pleasant, Iowa (not to be confused with his childhood home of the same name in Ohio). There he took a job in the Iowa Lunatic Asylum as an “attendant.” In other words, it was his job to bury the dead. He said of the occupation, “here, I had my first experience handling ‘stiffs,’ and it didn’t strike me as being very disagreeable either.” He remained in this job for several months, until the fall of 1876, at which time, he returned to his gallivanting ways.

Stephen left Mount Pleasant and went to Kansas City for a time, then back to Hastings, Nebraska, and eventually to Kearney Junction, Nebraska. About two weeks after reaching Kearney, he was drifting around the area on horseback and fell in with a well-dressed, mid-30’s-aged man, also on horse. The two rode together until dark fell, at which time, they lost the road and were forced to camp between the ghost town of “Dobytown” (thus named because the buildings were made of adobe) and an old wagon bridge. To pass the time, they built a campfire and began to play cards together.

During their game, Stephen—by hook or by crook—won nearly all of his companion’s money. As you might guess, the other man accused Stephen of cheating, and they argued. However, things eventually quieted down between the pair, and they went to sleep. Yet, the man hadn’t forgotten the matter, and the following morning, they broke camp and started on together when the man spoke up again. From Stephen’s confession, he writes:

We had not gone far when the stranger stopping his horse, said: “We may as well settle this little matter between us here and now.”

“Either give me back my money or fight,” he replied.

Of course, he refused to give the man any of the money he’d won so, by Stephen’s account, the man attacked him. Stephen produced the small Hopkins & Allen Blue Jacket .22-caliber pistol he’d brought from home and shot the man once above the left eye, killing him instantly. He dragged the man’s body to the nearby river and threw it in, collected the dead man’s horse, and rode on to Kearney. There, Stephen traded the extra horse for a different one, then high-tailed it into a neighboring county to hide out for a few days.

TO BE CONTINUED… Watch for more next month when I continue the story of Stephen Dee Richards’s life of crime.

It’s Your Turn: More than ten years ago, I was coming home from my teaching job late in the evening and stopped by the gas station to fill my car’s tank. When I arrived at the station, there was a rusty, white van already at a pump. When I got out, the van’s driver—a thin, short-statured man called out to ask if I could help him, he needed money to fill his tank. When I said I couldn’t help, he changed tactics and said he was sure he’d have something in the back of his van that he could sell me so he could get the money he desperately needed. With all my red flags flying, I again told him no and got out of there as quickly as I could. I’ve often wondered if the man was being honest or if he had much more nefarious intentions toward me. Have you ever experienced a seemingly unassuming person approach you, only to get the feeling you were in danger? What specifically made you feel that way and how did you respond? Leave your answers with your email address to be entered in a random drawing for a copy of The Scarlet Pen.

IF YOU DON’T WANT TO WAIT FOR MORE OF STEPHEN DEE RICHARDS’S STORY, ORDER YOUR COPY OF MY NEWEST NOVEL, THE SCARLET PEN, TODAY!

Enjoy a tale of true but forgotten history of a 19th century serial killer whose silver-tongued ways almost trap a young woman into a nightmarish marriage.

In 1876, Emma Draycott is charmed into a quick engagement with childhood friend Stephen Dee Richards after reconnecting with him at a church event in Mount Pleasant, Ohio. But within the week, Stephen leaves to “make his fame and fortune.” The heartbroken Emma gives him a special pen to write to her, and he does with tales of grand adventures. Secret Service agent Clay Timmons arrives in Mount Pleasant to track purchases made with fake currency. Every trail leads back to Stephen—and therefore, Emma. Can he convince the naive woman she is engaged to a charlatan who is being linked a string of deaths in Nebraska?
And if you want more True Colors Crime novels, check out the entire 12-book series at True Colors Crime